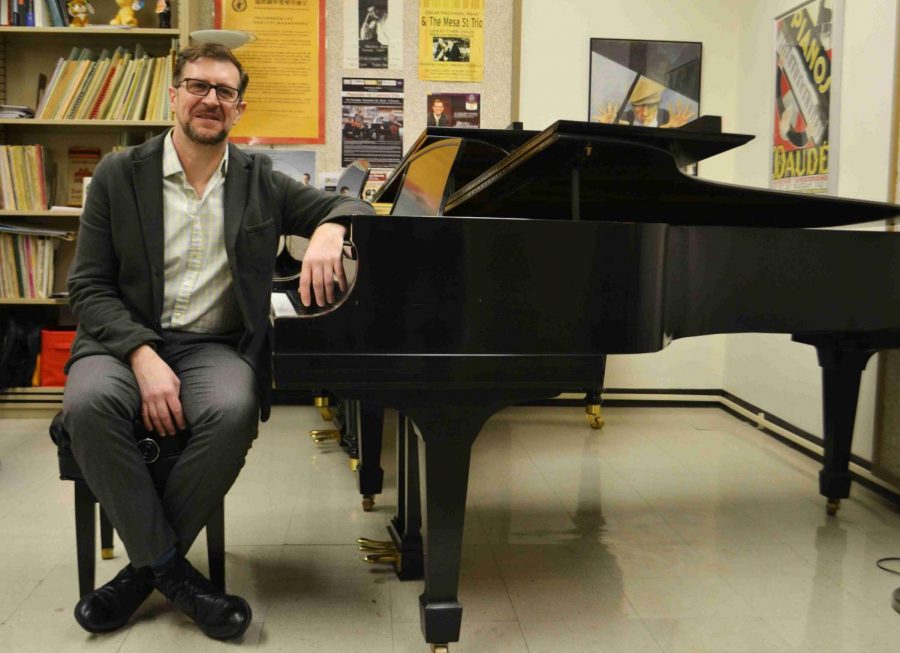 Oscar Macchioni knew he wanted to play the piano since he was a child, as every time he heard a piano he would be excited and fascinated by the sound.

“I would jump, and I would do sort of silly things because I was so excited to hear or to see a piano,” Macchioni said.

Macchioni didn’t have a piano in his home or had any family members who were musicians. He was never forced into learning how to play an instrument of any kind.

It wasn’t until Macchioni was 8 years old when he asked his parents if he could take piano lessons.

While his love for music continued to grow over the years, Macchioni thought it would be a better idea to pursue a different career.

“I really wanted to be an architect. I love design. I did enroll at a university, but I lasted two months,” Macchioni said.

However, his passion for music and the piano exceeded the love he had for architecture and design.

Macchioni is originally from Argentina and went to study music in Poland before coming to the United States.

“That’s when you start to missing things from your country, the food is always the first thing you miss, and then you start missing the music,” Macchioni said.

Argentina is known for its tango music, but little did he knew that he would end up falling in love with tango music, more specifically “Piazzolla” music.

Astor Piazzolla was one of the leading tango masters in Argentina. He took the classic tango music and modernized the music style by incorporating elements from jazz and classical music.

“I fell in love with the music and started to play with friends and colleagues,” Macchioni said.

Playing with other people eventually lead him to create the trio, “Piazzolla da Camera” or Piazzolla chamber music.

The trio features violinist Carla Kountoupes and cellist Andrew Nickles, and it was formed 15years ago when Macchioni was studying at the University of Arizona.

The trio took a break for some time after each member went on to do different things. Macchioni, became a piano professor at UTEP in 2003. Kountoupes moved to Santa Fe, and Nickles stayed in Tucson, Arizona.

After a recent trip to perform in London, Macchioni thought it would be a good idea to bring the trio back together.

Thanks to the UTEP Arts and Humanities Career Enhancement Award, Professor Macchioni and the rest group will be releasing a self-titled album in June to showcase some of Astor Piazzolla’s best work.

Macchioni’s favorite piece on the album is the “Four Seasons of Buenos Aries.”

“There are four movements, one for each season. The winter (movement) is the one that I love the most because it features the piano a lot,” Macchioni said.

Professor Macchioni and the other two members of “Piazzolla de Camera” will perform some of the music pieces of their upcoming album this Saturday, Feb. 17, at 7:30 p.m at the Fox Fine Arts Recital Hall.

This is the third album that Professor Macchioni has released. Each album has been funded through grants given by UTEP.

Macchioni’s love for music and the piano has taken him all over the world, and he said he believes that in order to give you best effort, you need to have passion and curiosity.

“If you don’t have curiosity, you are not going to seek new adventures, new venues, new music,” Macchioni said.

Piazzolla de Camera’s self-titled album will be available for purchase at the concert and online on June 1.

Tickets  can be purchased at the Fox Fine Arts Recital Hall box office and ticketmaster.com