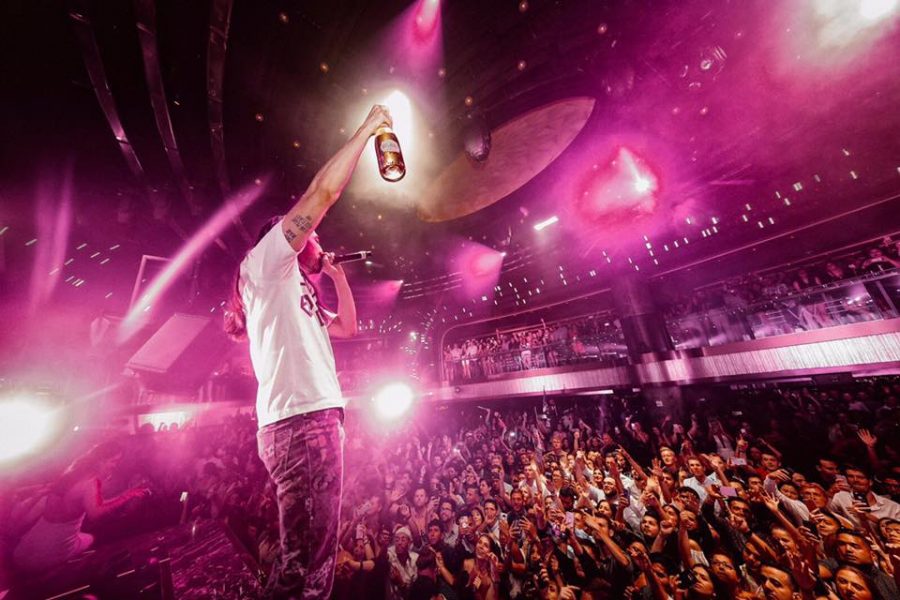 Steve Aoki is among the top rating DJs in the world and is bringing his “Kolony Tour” to the El Paso County Coliseum on March 4, 2018, making it the 19th stop of 32 shows.

His most recent album “Kolony,” features collaborations with rappers like Gucci Mane, Migos, Lil Yachty, and T-Pain. In addition, Aoki is known for previous hit singles “I Love It When You Cry,” “Neon Future,” “Boneless,” “Pursuit of Happiness,” “Warp 1.9” and “How Else.”

The DJ is also recognized for the wild shows he provides such as acrobatic crowd surfing,  champagne showers and using props such as inflatable rafts for event-goers to ride the waves of raised hands on the dance floor.

Since his international breakthrough in 2010, Aoki became the highest grossing DJ for the first half of 2012.  Aoki has collaborated with experienced DJs such as Afrojack, The Bloody Beetroots, and Tiësto, as well as with established artists like Louis Tomlinson, Lauren Jauregui, and Daddy Yankee.

Going from the underground rave scene in the ’90s to performing an average of 250 shows per year, was no small feat. With his electro-house beats, Aoki now gathers crowds all over the globe. With a previous DJ residency in Ibiza and Las Vegas, he has spread his upbeat sounds to every hemisphere and even in zero-gravity, 30,000 feet in the air aboard a special converted A310 aircraft last Thursday.

Steve Aoki founded Dim Mak Records, now one of the top-selling electronic dance music labels in the world, in 1996. Additionally, Aoki also manages and designs for his clothing brand of the same name.  The record-label has promoted and launched various artists careers such as The Chainsmokers, Felix Cartal, Deorro and many more.

Because of his success, Aoki recently performed at the Billboard Music Awards, alongside reggaetón artists J Balvin and Willy William for the remix of their hit song, “Mi Gente.”

The lineup for the show features special guest rapper Desiigner, who reached the top spot on Billboard’s singles chart in 2016 with his hit “Panda,” and is expected to perform his new single “Mic Drop” in collaboration with the Aoki, which also features South Korean boy band BTS. Grandtheft, Bok Nero, Quix, and DJ duo W&W will also be part of the event.

Tickets can be purchased online at ticketmaster.com, the El Paso County Coliseum box office, or at Happy House located inside Cielo Vista Mall.