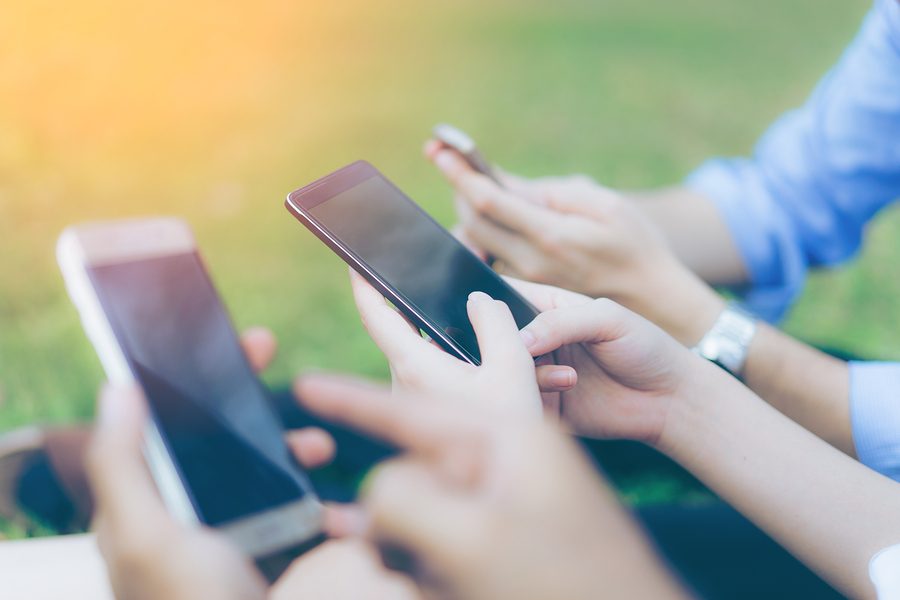 Valentine’s Day is  a time full of roses, chocolates and pink-and-red hearts everywhere you go, which could make the single people out there feel #Foreveralone.

Let’s be real, dating sounds terrible, but it doesn’t have to be. While dating apps may not be for everyone, there’s nothing wrong with trying them out, despite the many dating horror stories out there. If you’re looking for love or just someone to hang out with, there are dating apps out there that can help.

“Bumble” is a relatively new app that was created by the co-founder of “Tinder,” Whitney Wolfe Herd. On “Bumble,” women always make the first move. Like “Tinder,” a match is created after two users swipe right. However, only women have the option to start a chat or continue swiping. Men can only show their interest by swiping. In same-sex matches, either person has the option to initiate the conversation. Matches expire every 24 hours.

Another cool thing about “Bumble” is that it doesn’t just focus on dating. The app has features like Bumble Bizz and Bumble BFF. These extensions of the app focus on networking and even making new friends in the area. “Bumble” is valued at more than $1 billion and has over 22 million users, according to Forbes.

If you’re tired of “swiping” for someone you find attractive, this app is for you. “Coffee Meets Bagel” was created by three sisters from San Francisco, who noticed that women and men have different styles of dating. They wanted to create something that encouraged singles to feel good about dating again. After some research, they learned that more men use dating apps than women in a ratio of 65 males to 35  females on average.

This app sends women about six curated matches or “bagels” every day at noon. The app coins the term #LadiesChoice because they say women get the final say in who they want to get to know better. Their algorithm takes into consideration things like age, height, religion, ethnicity, social networks and interests, just to name a few. “Coffee Meets Bagel” focuses more on creating long-term relationships instead of quick flings.

“Tinder” is famous for its swiping. Users can swipe right if they are interested in the person’s photo and profile, or swipe left if they aren’t interested. It is also a location-based app.

Users can tailor how many miles away they’d like your potential matches to be away from them. According to the  app’s description, they “spark more than 26 million matches per day.” “Tinder” was launched in 2012 and has about 50 million users. It’s also currently Apple’s number one app in the lifestyle section of the App Store.  If you just want to casually date, “Tinder” is the app for you.

“Happn” is mostly based on location. It tracks your GPS data on your phone and tries to match you with people you’ve crossed paths with. More specifically, it looks for people that are on the same daily commute as you and your area in general. It may sound a bit creepy, but the concept is quite interesting.

“We wanted to bring back reality into the dating world. We think that every day you cross paths with people, and most of them, you miss them, because you do not have the time to talk with them or because there was some missed connection,” said the app’s CEO Didier Rappaport in an interview with Business Insider.

If you see someone you like on your feed, you can “heart” them. Like other dating apps, if the person you’re interested in also decides to “heart” you, then it’s a match.

Match.com is considered the original dating site. Gary Kremen originally launched it in 1995.  While the website has been around for over 20 years, the app launched in 2010. “Match” allows users to create a profile stating their interests and who and what they’re looking for in a partner. After that, users can search other users’ profiles and receive personalized matches. “Match” does charge a monthly subscription fee starting at $21.99.