Predicting the 2018 AFC and NFC Championships 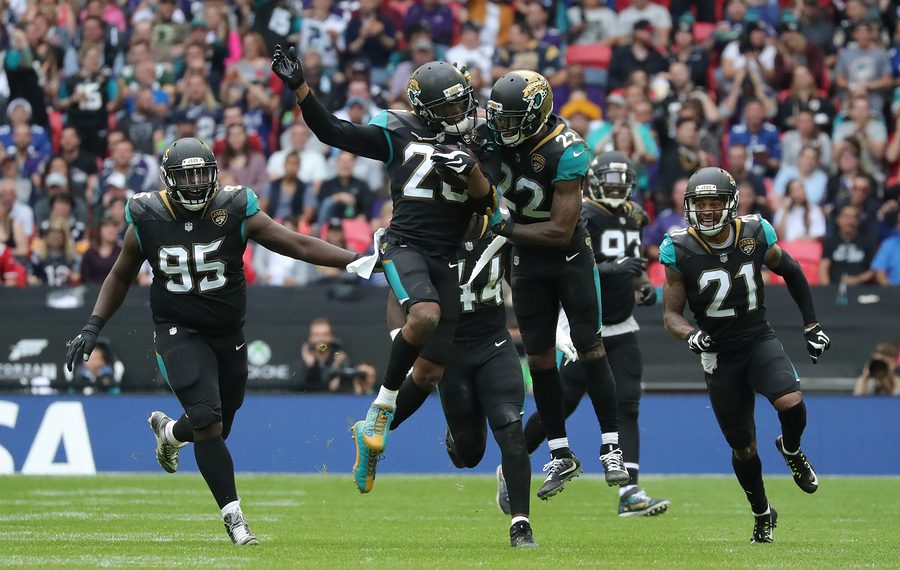 With two more NFL games left to decide Super Bowl LII’s matchup, The Prospector sports writers weigh in on who they think will meet on Feb. 4, in Minneapolis, Minn.

The surprising story of the NFL this season has been about the stellar defensive play by a surprising Jacksonville team. The Jaguars shocked just about everyone with last week’s 45-42 divisional win at Heinz Field over the Pittsburgh Steelers, using their offense as a weapon to claim the upset. However, when it comes down to Tom Brady leading the opposing team, it’s hard to say Blake Bortles and Leonard Fournette would be able to win the offensive battle again. I think the Jaguars have more momentum than any of the four teams coming into championship weekend and in return will keep it close thanks to their No. 1 ranked defense that may have played poorly last week but will return to keep their team in the game. Tom Brady and Bill Belichick are eyeing their sixth Lombardi Trophy.

“The Minneapolis Miracle” was just about the greatest thing in the NFL this season, it had a ‘shock and awe’ effect on just about everyone watching.The Vikings made playoff history by becoming the first-ever team to win on a walk-off, fourth-quarter touchdown pass thanks to quarterback Case Keenum and the hero, wide receiver Stefon Diggs. The Eagles are going to struggle in this game because the Vikings are going to score, it’s going to be hard to win yet another defensive battle without Carson Wentz, although backup Kick Foles was a nice supring connecting on 23 of his 30 passes in a 15-10 win over Atlanta. I could be wrong about the score but count on the Vikings securing a trip back home to have the opportunity raise their first Lombardi.

Blake Bortles has been playing above average and New England’s defense has been playing below average. I’m picking the Jags to easily cover the seven-point spread, and picking them to somehow squeak away with it. They’re going to score the first touchdown and the last touchdown. Also, Bortles going to a Super Bowl would be the most hilarious thing since Brad Johnson paying ball boys to deflate balls and won the Super Bowl in 2003.

This game is going to be one of the best defensive battles we’ve seen in an NFC title game in a long, long time. I don’t think either of these teams have the ability to win a Super Bowl, but the Jeff Fisher bowl this Sunday will be an awesome outing. Case Keenum will come out to an early lead, maybe like 14-3, but Philly will steal two key turnovers and keep it close. I don’t see Foles throwing a touchdown on Sunday, possibly the offense not scoring one either. I think by far Foles is the worst quarterback in the playoffs still—yes, over Bortles. The Eagles have a good defense, a loud crowd and it’ll be freezing there—but it just won’t be enough for the team of destiny.

I’d be crazy to pick a Blake Bortles led team over a 5-time Super Bowl Champion in Tom Brady. Despite Brady’s age, the drama surrounding the Patriots, the injuries the Patriots have to deal with and coordinators set to depart from New England after this season, the Patriots are the standards and they always find a way to get it done. Damn, that really hurt me to admit that as a Steelers fan (Steelers 7th Super Bowl coming next year, count on it).

Only if Carson Wentz was there, this would be the Eagles year. Boy, were they flying high with him. Backup quarterback Nick Foles stands no chance of putting up enough points against what I believe is the best defense in the NFL. I like the Vikings’ weapons more than the Eagles (Adam Thielen, Steffon Diggs, Xavier Rhodes, Harrison Smith and ,yes, Case Keenum). Count on the Vikings becoming the first “home” Super Bowl team ever.

The quarterback that no one believes in, Blake Bortles, being backed by the best defense left in the postseason. Sacksonville comes to Foxborough and just edges out Tom Brady and company. No one is certain how much smoke New England is throwing with Brady being injured. But if Tommy Uggs is injured and potential defensive player of the year Calais Campbell and company get a hold of Brady behind the line of scrimmage the Jaguars can get this upset dub. Jalen Ramsey and company pick Brady off and create havoc for Brady and company. Sacksonville wins late behind the defense and run game of Leonard Fournette. This pick is based off Brady being injured.

No Carson Wentz? No problem, Nick Foles and his team of underdogs score late in the game to edge out Case Keemun and the Vikings. The win will take the Eagles to their first super bowl since they faced New England in 2009. It’ll happen because of the defense led by Fletcher Cox and Malcolm Jenkins. Vikings wide receiver Steffon Diggs will make an impact but late in the game expect the Philly secondary to lock up Diggs and Kevin Rudolph to give Foles and company an opportunity. Alshon Jeffrey and the running back combination of Jay Ajayi and LeGarrette Blount score late to give Foles redemption has he takes Eagles to the Super Bowl.