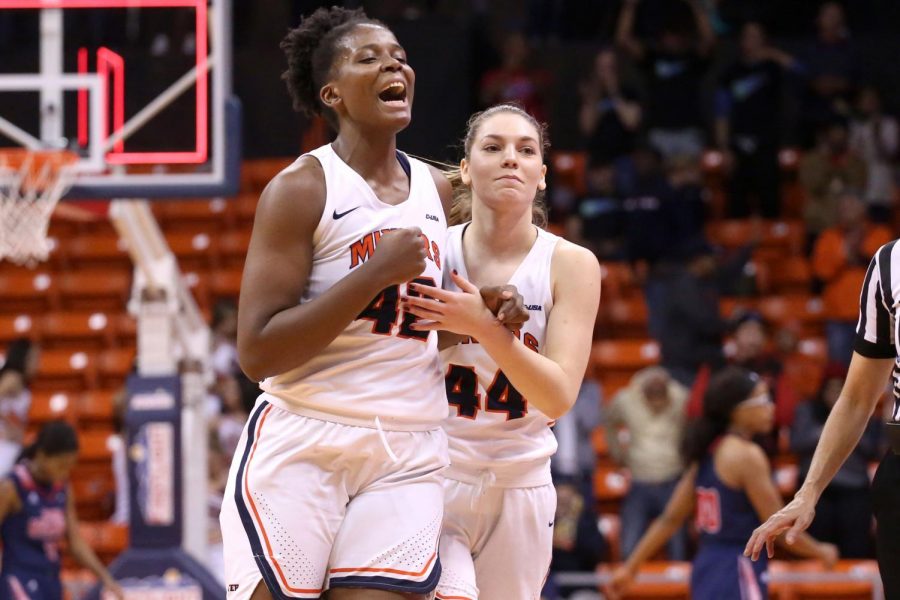 The UTEP women’s basketball team came back from a 15-point deficit for the second time in three games, setting a new single season school record to beat Florida Atlantic 75-70 at the Don Haskins Center on Thursday night.

The Miners (12-6, 3-2 C-USA) used a 14-0 run that began at the four-minute mark of the third quarter and ended nearly halfway through the fourth quarter to shift the momentum of the game in their favor.

“First of all, no coach wants to be down 15 to prove a point,” UTEP head coach Kevin Baker said. “They will find a way to chip away at it (deficit) and they are going to be resilient.”

“We challenged our team at halftime to guard with purpose like we’d been practicing all week and we’d be just fine,” Baker said. “In the second quarter they scored 26 points; in the third and fourth together they scored 25. It was all about guarding for us. When our team did that, it really fed into our offense. I keep saying this about our team, we’re down but we’re never out.”

With at least 11 more games left to play this season, Baker is now the winningest first-year head coach (12) in UTEP women’s basketball history.

The two leaders also combined for 17-20 (85 percent) from the free throw line in the win.

“I had eight turnovers in the last game we played at their home (FAU) so the whole week we practiced the double team and who was going to be open to find the open shot and I think we executed that pretty well today,” Seda said. “We came out a little slow in the second quarter but we knew we had to play better in the third and fourth and we did.”

Roeshonda Patterson earned a career-high seven rebounds and two steals in 14 minutes off the bench.

Responding for UTEP was Howell, off a feed from Seda who then earned a layup plus a foul shot to put UTEP back in front. The Miners got two more stops and hit three of their final four free throw attempts to ice the contest.

The Miners also won the boards, 46-38, while also holding an advantage for points in the paint at 34-22.

“We always just try to keep our composure,” Howell said regarding the comeback. “We need to make sure our body language is still good and keep our heads up and fight.”