Women’s basketball looks to end homestand on a high note 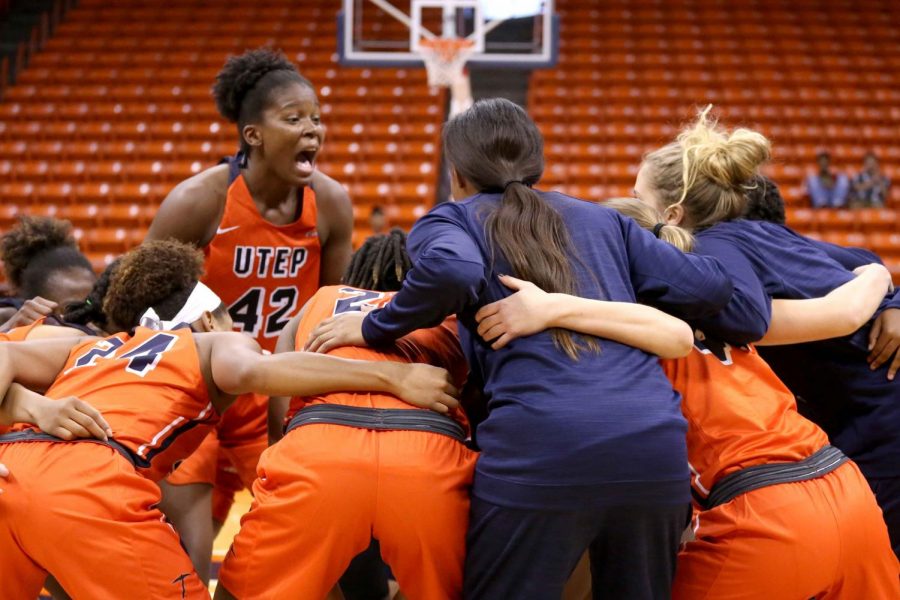 The UTEP women’s basketball team will conclude their three-game homestand at the Don Haskins Center this Thursday, Jan. 18, as they take on Florida Atlantic for the second time this season.

UTEP will look to contain FAU’s Tyana Robinson in the rematch with the Owls, as the freshman guard scored a game-high 19 points with five 3-pointers in the first matchup.

Aside from a strong performance from Robinson, UTEP was both out-hustled and limited with sharing the basketball. FAU won the second-chance battle 21-6 and took better advantage of scoring off UTEP’s 19 turnovers than the Miners did with the Owls’ 18, notching a 24-10 advantage. Looking at assists, UTEP racked up just three, despite averaging 13.7 assists per game, resulting in their lowest showing of the season in that category.

FAU will enter the Haskins Center on Thursday looking to bounce back from a 67-53 loss to Rice at home on Jan. 11. The Owls got an early season spark from Ra’kyra Gabriel with two back-to-back 15 rebound games by the junior in the double-overtime against Grand Canyon and North Florida in early December. The career-highs for Gabriel were the most by any Owl since 2014.

Looking at UTEP, senior and team captain Tamara Seda leads in points and rebounds with a near double-double average of 14.9 points and 9.8 rebounds. Seda has tallied eight double-double performances so far this season through 17 games, including five straight from Nov. 24 to Dec. 5.

Behind her in the scoring column is Najala Howell. The junior is averaging 13.9 points and leads the team in 3-point shooting percentage (42.9 percent) and 3-pointers made (27). The two leaders have scored in double figures in 13 of their team’s 18 games so far this season.

The Miners are coming off a loss in their last contest against Middle Tennessee, 54-45, on Jan. 13. Seda and Howell combined for just six of their team’s 45 points in the loss, being shut down from a strong defensive effort by the Blue Raiders. Sophomore Zuzanna Puc carried the team with 16 points led by an 8-11 (72.8 percent) shooting day from the floor.

After a 15-point come-from-behind victory against Charlotte (67-58) on Jan. 11, UTEP found themselves in a tough defensive battle against the C-USA preseason favorite Blue Raiders. The Miners shot 8 percent from behind the arc (1-13) to the Blue Raiders’ 40 percent (12-30), with MTSU’s Anna Jones hitting eight of those 12.

UTEP will have to improve upon guarding the 3-point shot, with two players from two different teams (FAU’s Robinson and MTSU’s Jones) recently finding success against the Miners’ limited focus from the perimeter.

Following the loss to MTSU, first-year head coach Kevin Baker said that he took the Blue Raiders chances from knocking down the 3-point ball in exchange for a good defensive presence inside.

“We picked our poison and it was to force them to shoot perimeter shots and they made us pay for it today,” Baker said after the loss.

The Miners did force 19 turnovers from the Blue Raiders to even the turnover margin, in exchange for eight points. However, a bigger issue was rebounding as MTSU took a six-plus win in the category (34-28), a surprising statistic coming from a UTEP team, who had won the rebounding margin in 14 of their last 16 contests.

At home under Baker, the Miners are 6-2 with a split (1-1) in their first two Conference USA games this season.

Tip-off against the Owls is slated for 7 p.m.