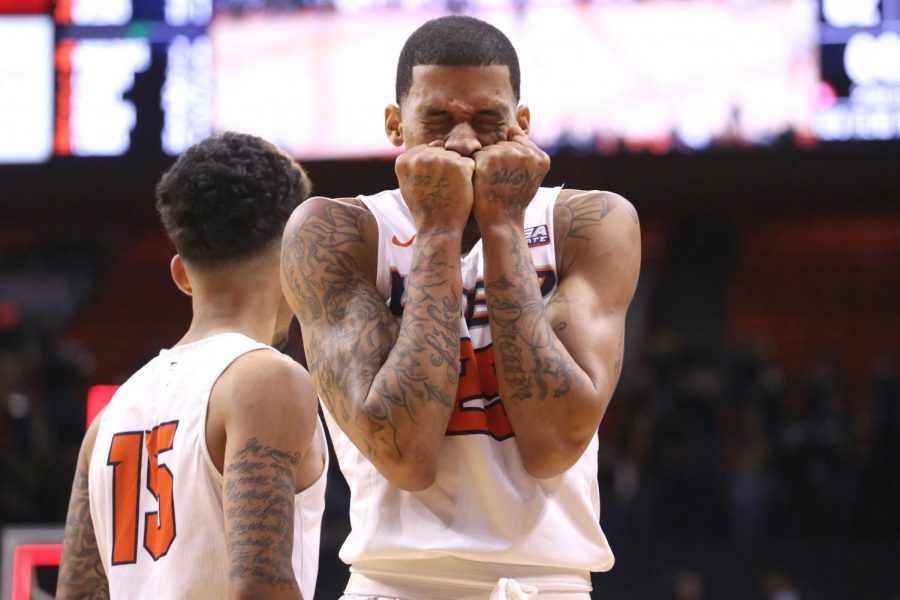 The Miners’ seven-game win streak against North Texas came to a grueling end on Thursday evening, as they fell 63-62 in the final seconds to the Mean Green to start Conference-USA play.

With the win, North Texas clinched its first ever win in the Don Haskins Center, losing their four games in El Paso since their last win in 1951.

Things were back-and-forth for the most part of this game, but with just six minutes left in the game, UTEP interim head coach Phil Johnson argued a shot clock call, which led to a double-technical foul. Johnson was ejected from the game and North Texas’ Roosevelt Smart was left to hit three of four free throws.

“I told the guys I certainly didn’t deserve the technical fouls and that’s a real shame they believed that,” Johnson said. “We didn’t make a free throw down the stretch and had some defensive lapses. We couldn’t take Smart out of the game and we just didn’t do a job on him. We’ve done a good job all year at taking out the other team’s best player, but just didn’t tonight.”

In fact, Smart was lethal for the Mean Green, finishing with 29 points, including three 3-pointers and six rebounds.

In the first half, the Miners and Mean Green went back-and-forth with six lead changes and two ties to start off the game.

UTEP got off to a quick lead early on, starting with a unique lineup with guards Trey Touchet and Kobe Magee starting, instead of forward Keith Frazier or center Matt Willms.

Ultimately Willms and Frazier were able to join the game, along with forward Trey Wade and guard Evan Gilyard, and chipped in with significant minutes off the bench. The Miners finished the half with 15 points off the bench, led by Gilyard’s six points, and had 15 points in the paint.

The Mean Green came out of the half going from shooting 36 percent from the floor to 48 percent in the second half. They also drilled five 3-pointers on the Miners defense, which led to good runs and left the Miners unable to bounce back.

“I give them credit, they made some good shots,” Johnson said. “I like their coach. He’s done a nice job.”

“He had played well against New Mexico and Washington State, and he hasn’t been the same guy since. I don’t think he’s following through on his shot. Tonight he should’ve been back on it.”

“Real shame to lose in a very winnable game,” Johnson said. “It was probably on me. With that said, we didn’t play that good—missed a lot of free throws, couldn’t rebound down the stretch—but the three free throws they got out of that was unnecessary.”