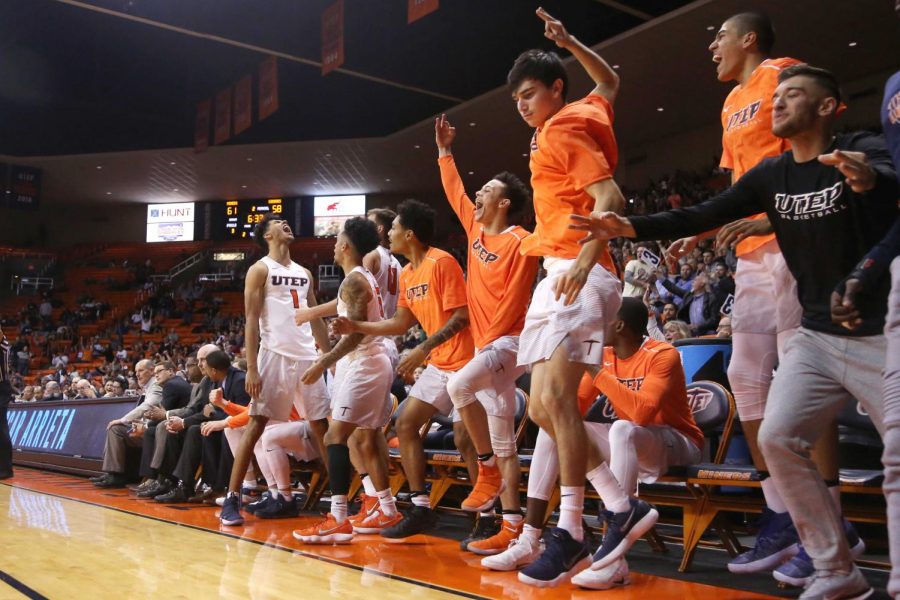 The UTEP men’s basketball team made the necessary changes on defense, won the rebounding battle in the second half and pulled away from Washington State to win their first back-to-back games of the season, beating the Cougars, 76-69.

The Miners picked up their second win in three games under interim head coach Phil Johnson, and improved to 3-6 on the season, while WSU (6-3) dropped their third game in a row after starting off their season with six straight wins.

Keith Frazier was named UTEP’s player of the game for his performance of a team-high in both points (21 points) and rebounds with eight. Frazier also nailed five 3-pointers and lifted up the 6,341 fans in attendance multiple times with timely buckets and flashy dunks.

“We want to make Keith (Frazier) a complete player. We all know he can score, but he is really getting better defensively, too,” UTEP interim head coach Phil Johnson said. “We gave him player of the game because of not only his scoring but him leading the team in rebounding at 6-foot-4.”

Also, helping Frazier with the scoring load, UTEP’s senior leader Omega Harris added in 18 points of his own.

The Miners trailed 42-39 at the half and allowed the Cougars to shoot over 53 percent from the floor. But when the second half came around, UTEP jumped out 49-45 lead not even three minutes into the final half with improved defense that brought WSU’s shooting percentage to 34 percent.

“They (WSU) just lit us up in the first half We couldn’t rebound or stop them (WSU), but in the second half that all changed. We guarded better,” Johnson said. “We limited them to just one shot the majority of the second half and really kept them off the boards.”

A big part of the reason the Miners clamped down on the Cougars in the second half was the return of center Matt Willms, who was nursing a broken hand that kept him out for nearly three weeks.

In Willms return, he put up eight points and seven rebounds in 27 minutes. Willms also helped the Miners win the battle down low, outscoring the Cougars 30-20 in the paint.

“My hand is a little sore but I tried to battle it out. I couldn’t use that as an excuse, I knew I had to go out there and help my team get a good win tonight,” Willms said. “It’s just up from here.”

When the game got close and it came down to free throws, UTEP sealed the win with stellar free throw shooting, making 21 out of their 22 free throw attempts on the night (95.5 percent).

Great free throw shooting along with only six team turnovers from UTEP made any hopes of a WSU comeback look bleak in the final minutes of the game.

The Miners will get 10 days off for finals before their next game at the Don Haskins Center against Incarnate Word at 7 p.m. on Dec. 19.