One Grub strives to provide peace, love and grub 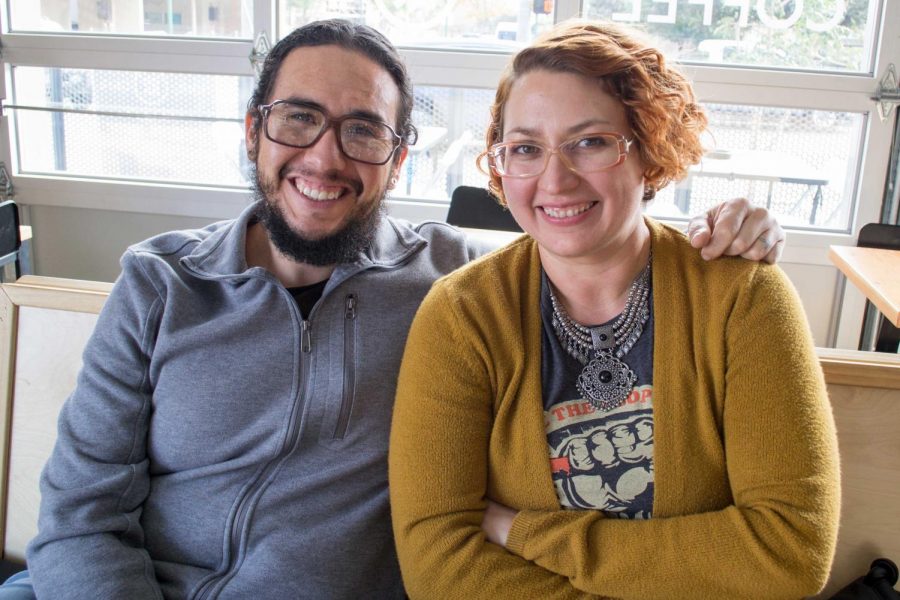 Roman and Adriana Wilcox are focusing on delivering hearty plant-based meals for a growing vegan community in El Paso.

Roman and Adriana Wilcox believe that every human has the right to good, clean, hearty food. Their belief and the classic Bob Marley song “One Love” helped create One Grub Community.

They’re a part of a small vegan community that’s growing in El Paso.

“Food is a right, not a luxury. Access to healthy food is a human right and (Roman) shows love through his food,” Adriana said.

Roman has been working in the culinary industry for over 20 years. His first job was at Café Central at the age of 15. Through his experience and a small career in education, he learned a lot about the food system and hunger in the United States.

In 2013, Roman had the opportunity to help start up The Mustard Seed Café, a pay-what-you-can café, located in Central El Paso. He was there for about two years, but went back to work in fine dining. However, the idea of providing people who don’t have access to healthy and hearty meals was imprinted in him.

“(The Mustard Seed Café) was pivotal. I knew then that I was just not a fine dining chef. I want to give all my food away,” Roman said. “I want to make sure that I can give that type of quality food to people that may not ever have the opportunity to have that. It’s in me, I can’t do anything about it.”

Several jobs later, a friend of the Wilcoxes put a food truck up for sale and let them borrow it, that’s when One Grub Mobile Diner was born. Adriana had also quit her job as a city employee after five years to help Roman run the business.

Three months in, the truck broke down and the couple did not have the funds to fix the truck, and they found themselves unemployed.

However, they persevered and found solace through the organizers of the farmer’s market.

“(One of the organizers) pushed us to start setting up as a tent vendor,” Adriana said.

Roman started selling seitan, or wheat gluten, which has a meat-like texture, cashew Alfredo sauce and other items–almost like a deli.

One Grub’s stand gave people the opportunity to buy ingredients to go home and prepare some of the couple’s offered meals.

“(I was selling) products that you could take home and make. We started making samples, and then I was forced into doing meals. People started to buy a week’s worth of groceries,” Adriana said. “It made us realize how big of an access issue there was with plant-based cuisine. We became like a fast food for vegans.”

It was through the farmer’s market that the couple realized that there is a greater problem in trying to find access to plant-based food than they had thought.

“We’ve run into so many people who have allergies, that have kids that can’t have dairy,” Roman said. “It’s not just a poverty thing. It’s a multitude of issues that are comprised here. We want to educate people on how to incorporate more veggies into their diet–meat eaters or not.”

Part of One Grub’s mission is to provide meals for people who do not have access to healthy food, which is why they started their Pay It Forward initiative, based on the national non-profit One World Everybody Eats. Five percent of their sales and all of their tips go toward the program, which aids people in underserved communities.

The money has helped One Grub partner with Eastwood High School for an outreach event, helping provide meals for several shelters including the Opportunity Center for the Homeless and the Annunciation House.

While One Grub has taken off as a business, the owners said Pay It Forward is the heart and soul.

“I would rather focus on how many people we can feed, rather than how much revenue we can make and the competition,” Adriana said.

The couple aims to create a community, where people can come together and enjoy healthy and delicious food. That sense of community is happening at the farmer’s market and at Nomu, a Japanese-inspired café in downtown El Paso.

One Grub Community partnered with Nomu when the café was looking for a food vendor that could provide plant-based food for everyone to eat.

One Grub Community just celebrated their one year anniversary and was recognized as El Paso’s Best Veggie-Friendly Restaurant on What’s Up’s Best of the Best list.

Roman has also been invited to the 2018 One World Everybody Eats summit in New Orleans, where he will speak about their experience and mission with their Pay It Forward program.

The Wilcoxes have a lot of plans for the future of One Grub. Their next step is to find a space of their own, hire a staff and try to become a 501(c)(3) non-profit for their Pay It Forward program.

Roman and Adriana said they have created a business that doesn’t focus on making a profit but on love. They want to build a community where people can sit down, have a conversation and learn from each other through a good, hearty and healthy meal.

Their food is available at Nomu, located on the first floor of the Roderick Artspace Lofts on 601 N. Oregon St., as well as at the El Paso Downtown Artists and Farmers Market on Saturdays.