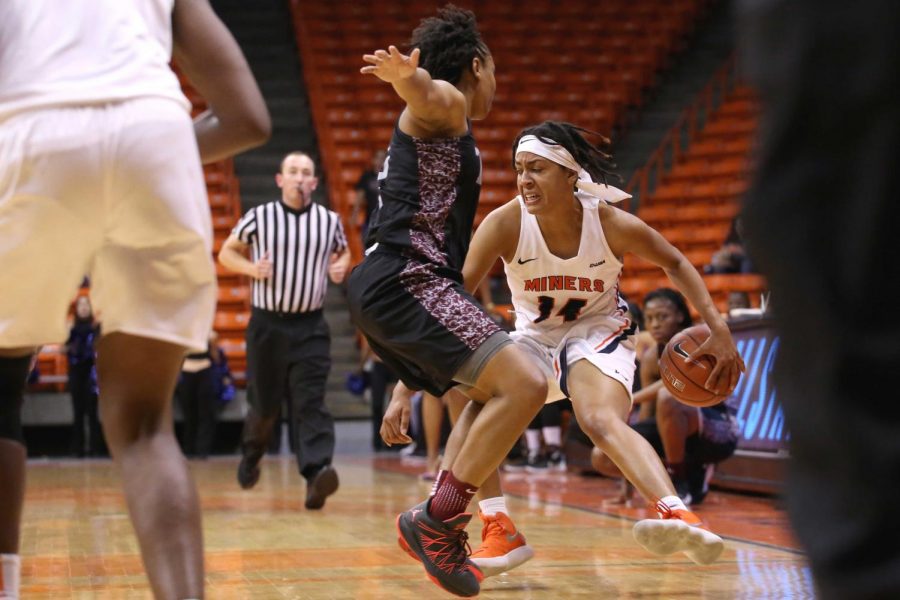 Four Miners scored in double-figures and two earned double-doubles as UTEP fought past Texas Southern 65-55 on Saturday afternoon at the Don Haskins Center to improve to 4-0 on the season.

Senior forward Tamara Seda tallied her second straight double-double with 13 points and 13 rebounds while Junior guard Najala Howell earned her first double-double of the season with a team-high 16 points to go along with 10 boards.

“We had to win a different way today,” said UTEP head coach Kevin Baker. “We had to grind it out, get tons of offensive rebounds. We found different ways to score. I’m really proud of our kids because one of the hardest things to do is to grind out a physical victory like that. Good things come to those who just keep chopping wood. That’s what we do. We just try to keep getting after it. We are certainly not perfect. We’ve got a long, long way to go but the neat thing is watching them figure out different ways to win. This was one of those days when we figured out a way to win when we maybe weren’t playing our ‘A game.’”

At 4-0 Kevin Baker has matched the best start by a first-year UTEP head coach in program history. The only other time it happened was in the program’s first season when Carol Ammermann also won four straight games in 1974-75 campaign.

“We did a better job today of setting each other up and figured out ways to score,” Howell said. “This win is good for us because it’s going to help us down the road for conference play when we get in these situations.”

The Miners (4-0) never trailed in the contest and used a 10-0 run midway through the fourth quarter to break the game’s one and only tie (48-48, 5:20 4Q) in decisive fashion. UTEP held the Lady Tigers (1-4), who have averaged 20 wins the past five years, to 38.8 percent shooting (19-49) while also crushing them on the boards (46-25). Playing a big role in the rebounding margin was season-high 21 offensive rebounds which led to 21 second-chance points for the home side.

Kaitlyn Palmer (24 points) and Joyce Kennerson (16 points) powered the offensive efforts for Texas Southern, but no other player on the squad finished with more than nine points.

UTEP will be back in action when it plays host to I-25 rival New Mexico at 5:30 p.m. MST Thursday. The game is part of a doubleheader with the UTEP men’s basketball team tipping off against I-10 rival New Mexico State at 8 p.m.