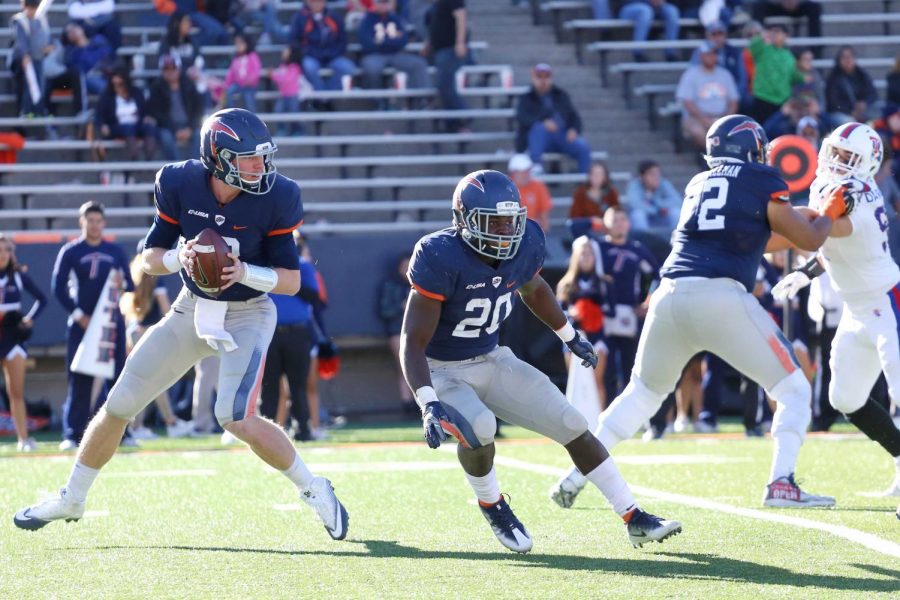 The Blazers lead the all-time series against the Miners 3-1.

After the visiting team prevailed in the previous three matchups, UAB knocked off a 5-1 UTEP team, 21-6, in the last time the two schools met in Birmingham, Alabama back on Oct. 16, 2010.

Aside from the winless season, the Miners will be taking offensive momentum into Birmingham on Saturday. The team is coming off their best offensive performance of the season in a 42-21 loss to Louisiana Tech.

However, the effort this past Saturday was not enough to lift the Miners as the worst offensive team in the country. Statistically, UTEP ranks in last place (129) with just 2,558 yards and a average yards per game (YPG) of 232.5.

The Miners will look to see if their recent offensive efforts carryover to their showdown with UAB.

“There was no quit on our team,’ Price said. “We did run the ball well, I thought Josh fields did a really nice job. I thought (Brian) Natkin did a great job in finding out what they were doing and adjusting.”

Price is expecting his players to fight hard for their last chance at a victory in the upcoming matchup against the Blazers.

“We’re in for a heck of a fight, we are going to fight with this team,” he said.

The UAB football program was shut down in 2014 due to financial problems but has been given a new life this season as they are 7-4 and 5-2 in Conference USA play in their first full season back.

The Blazers were predicted to finish below the Miners in the AL.com preseason poll but instead have posted a bowl eligible seven win campaign with a chance to make it eight on Saturday against a winless UTEP team.

“Real unusual situation UAB has gone through, a definite advantage for them,” Price said. “They got cherry pick players from around the country, the year off was put to good use.”

Price went on to show his gratitude towards the media who have been along on this roller coaster ride.

“Thank you to everybody here,” Price said. “No use kicking a dead horse.”

Price then addressed his team, especially the underclassmen as they gear up for the final game of the season and possibly of their future at the conference.

Price went on and gave himself a grade on his performance.

“F,” he said. “I don’t feel good on what I’ve done here ‘I failed, now win this weekend it might go up to a C- but I have not done what I came here to do, I came here to lead the team and manage the situation.

Price commends his offensive lineman Will Hernandez, who was invited to the Reese’s Senior Bowl to showcase his set of skills in front of NFL scouts.

“He’s different than I thought he was going to be, more mature,” he said. “He’s mentally ready for the next level.”

Price then acknowledged some of his seniors that will possibly get an opportunity to play in the pros.

“Alvin Jones will get his opportunity as well as Luna (Alan).” he said.

Senior Alvin Jones has 336 tackles, the second most in UTEP history, behind Robert Rodriguez 443 tackles. Jones is coming off another stellar performance with double-digit tackles, 15 alone in the defeat against La Tech on Nov. 18.

Senior Alan Luna is ranked third all-time on the program’s list in career punt yards, 8,576, he is currently ranked fifth in the nation.

Today was the official last day of athletic director Bob Stull, who announced his retirement at the end of August. Price addressed in the beginning and middle of his conference that the time is ticking as UTEP continues to look for its next athletic director.

“The clock is ticking for our new ad, but not for the football coach,” Price said.

Price went on to give a bit of an endorsement for his son Eric Price as to be the next coach of the Miners.

“Number one he’s a great recruiter, a great judge of talent,’ Price said. ‘That’s what you need here, you’re not going to beat a lot of the big schools on recruits. You have to Know talent to judge talent. He’s been at every level, don’t expect this to be a campaign but he’s applied and will be a great candidate.”

The Miners and Blazers will kickoff this Saturday, Nov. 25 at 11 a.m. MT in Birmingham.