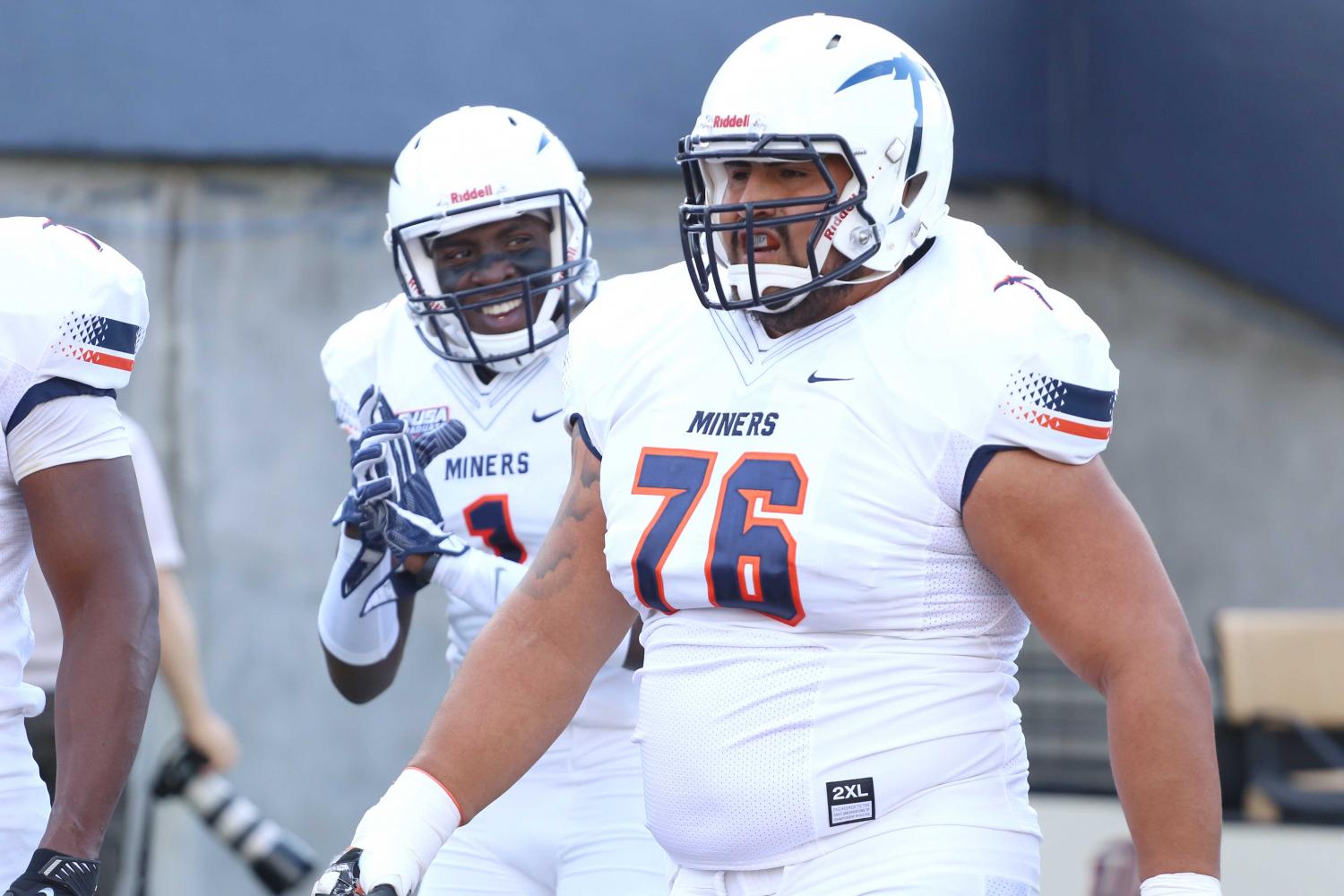 UTEP offensive guard Will Hernandez walks off the field after a drive against Rice on September 9, 2017 at the Sun Bowl.

UTEP AP Preseason All-American left guard Will Hernandez has been invited to play in the 2018 Reese’s Senior Bowl on Jan. 27, 2018 in Mobile, Ala.

He is the first Miner to receive an invite to play in the prestigious game since the 2008 Senior Bowl when lineman Oniel Cousins and defensive back Quintin Demps were invited.

He has started at left guard in every game since his freshman season. He led the line to be tied for eighth in the nation after the 2014 season, just allowing 13 sacks in 13 games. In 2015, the team ranked sixth best in the nation for 12 sacks allowed in 12 games.

The Senior Bowl will be televised on NFL Network and kickoff is slated for 12:30 p.m. MT.