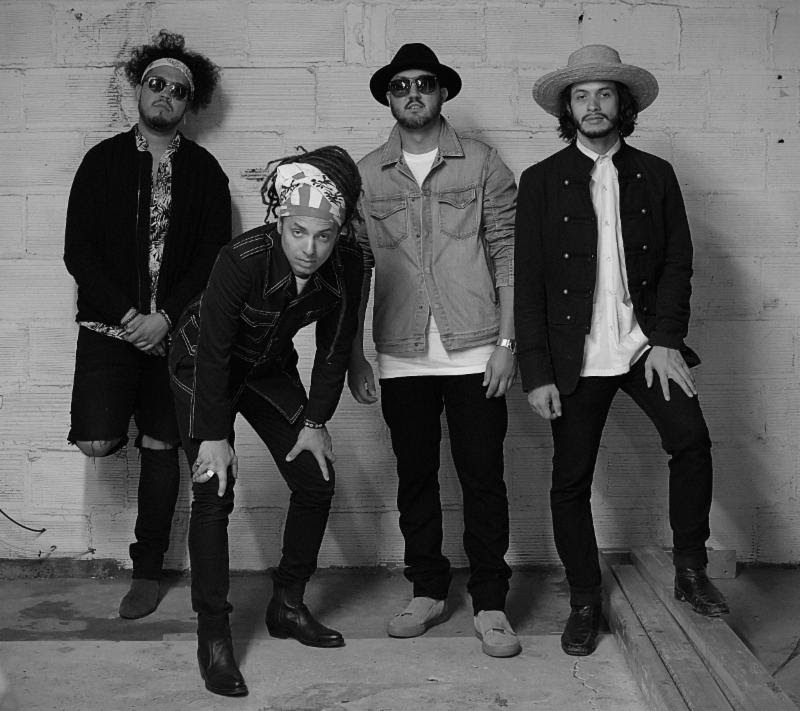 Multicultural rock band Making Movies uses their musical platform to advocate for the importance of the DACA program.

In early September, U.S. President Donald Trump decided to rescind the Deferred Action for Childhood Arrivals (DACA) program with a six-month notice, a program that protected 800,000 immigrants from deportation.

According to the Migration Policy Institute, 1.9 million immigrants were eligible to receive protection against deportation and receive a lawful work permit, among other benefits as of 2016.

To Enrique Chi, the front man of avant-garde and multicultural rock band Making Movies, the idea of protecting these immigrants, who came to the United States as children ,is a commonly agreed upon ideal.

Making Movies is currently on their “Immigrants Are Beautiful” tour to promote its latest LP, “I Am Another You,” and is donating a portion of the record’s sales to the National Immigration Law Center (NILC) as part of its support to those affected by the abolition of the DACA program.

“Immigrants Are Beautiful” will stop in El Paso on Nov. 10 at the Lowbrow Palace.

“The conversation about children seems like a black-and-white simple thing to talk about.  They don’t have a choice in the situation and they’re here, so we decided that with all this negative rhetoric against immigrants… giving anybody who’s part of the DACA program a free ticket to our show,” Chi said. “We are also reaching out to organizations and inviting them to the show to continue to educate people and connect people to resources that might be able to help them as they encounter these issues. We are not lawmakers, but we can let people know that these resources do exist and that there are people on their side.”

Chi’s sense of social responsibility stems from his multicultural upbringing and his fascination for the lyrical component of music.

“I take inspiration from Ruben Blades, a salsa artist who was very socially conscious and now is actually involved in politics in Panama, and he wrote about the streets and I really resonate with him. I also listen to The Clash and they are talking about Jamaican immigrants in the UK afraid of being gunned down by police officers. And then I go and listen to Kendrick Lamar and hear about his experience with the LA police as a black man,” he said.

This multicultural perspective has inspired the message in the band’s creative process, especially in “I Am Another You,” which tells this story of three people from different parts of the world, who each face a crisis and go through a rough stretch.

Although one of them is from Venezuela, one is from Mexico and one from the Midwest in the United States, the dynamics and the way their suffering is related reveal that they are the same person.

The concept embraces the Mayan phrase, “in lak’ech ala k’in,” which translates to “I am another you, and you are another me,” as the band wrote on a pledgemusic.com post last year.

“This happens to immigrant people. It happens to anyone who travels or has left their home to live somewhere else, but you realize that the people who are in your environment, they have their own concerns, stresses, social issues,” Chi said. “Although they might be completely different, it has nothing to do with what is another person in another part of the world’s concerns, but the feeling human beings have, the desire to succeed or to overcome the heartache and the loss, those are all so similar no matter how extraneous the circumstances are, they ain’t different.”

The electoral process of 2016 was also a turning point for the band. Although they had already finished recording their latest full-length project, they did see a change in their approach to using their platform as influencers.

“After making the album, Donald becomes president and he starts spewing out fear-mongering stuff. He is still doing it to this day. We have this person who has enormous power and is just spewing uneducated nonsense about human beings, and we couldn’t stay silent,” Chi said. “That (the message of the record) evolved into now that we put this in music how do we take this and say ‘look, we will not stand for the kind of decisions being made at the White House. We will not stand for hate speech to be spoken—not on our watch.’”

As part of their more politically focused approach, the band is planning on delivering a new EP of protest songs titled “You Are Another Me” on Dec. 1.

The EP focuses on covering songs that align with distinct political messages and will feature a new track every month over the span of a year. Two of the announced tracks have been Manu Chao’s “Clandestino” and Los Tigres Del Norte’s “De Paisano a Paisano,” both of which focus on the lives of immigrant workers.