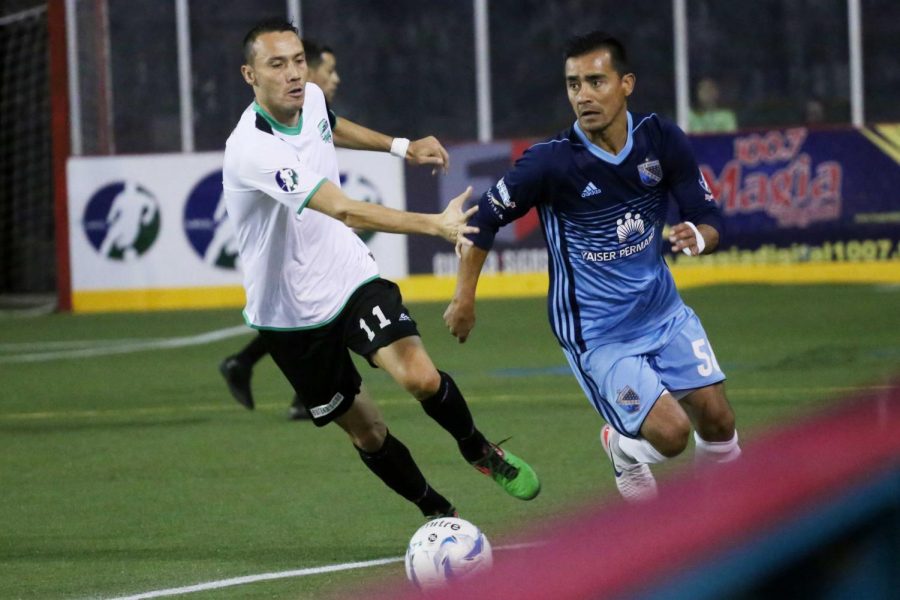 The San Diego Sockers scored three-straight goals in the second period to pull away from the El Paso Coyotes, 9-5 on Thursday night at the El Paso Country Coliseum.

The loss for the Coyotes comes just five days after celebrating their first win in franchise history (founded in 2016), a 8-4 victory over the Rio Grande Valley Barracudas on Sat. Oct. 28, at home.

The Sockers scored first in the contest at the 09:13 mark of the first period with a goal from Erick Tovar but El Paso’s Omar Tapia found the equalizer just 29 seconds later with an assist from Louis Herrera.

At the 13:34 mark, San Diego pulled ahead for the second time with a goal from Raymundo Contreras but the lead was short lived as the Coyotes responded in quick fashion yet again, this time at an even quicker pace of 12 seconds with a netter from Hugo Puentes.

The Coyotes then went on to allow three straight goals in the second period before exchanging scores with the Sockers throughout the rest of the contest en route to the 9-5 loss.

Both teams scored twice in the third period. In the fourth, San Diego scored twice with El Paso finding the back of the net once.

The Coyotes were led by Tapia, who scored two goals with his second coming at the 00:45 mark of the third period. Eight different Sockers scored in the contest with Kraig Chiles notching two goals.

El Paso will be off until Sunday, Nov. 19, when they rematch with the Rio Grande Valley Barracudas on the road in Hildago, TX before returning home on Saturday, Nov. 25, against the Sonora Soles.