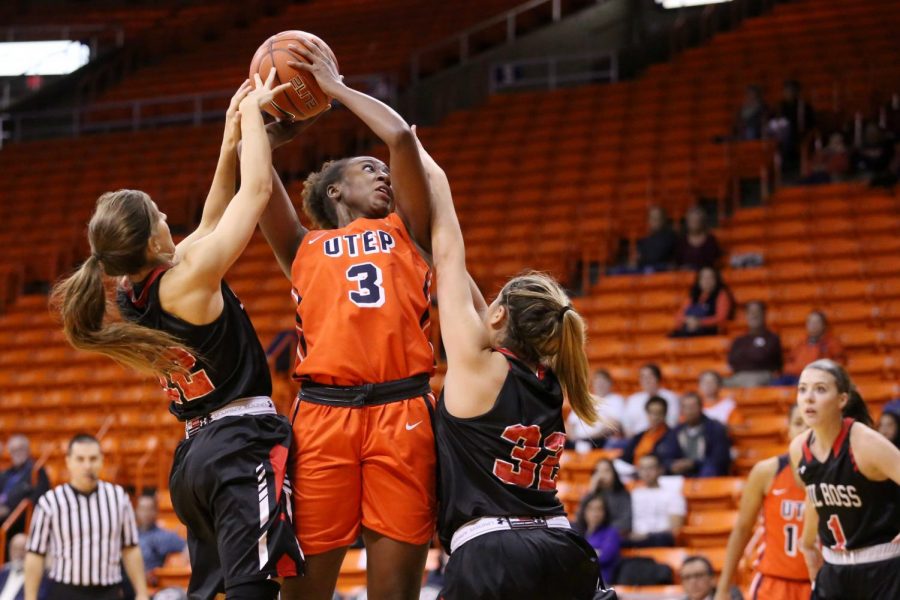 The UTEP women’s basketball team led 52-17 at halftime and never looked back on route to a 99-40 exhibition win against Division III Sul Ross State University at the Don Haskins Center on Sunday afternoon.

The visiting Lady Lobo struggled all game long and turned over the basketball 22 times and were held to 25.9 percent (15-58) from the floor.

UTEP outrebounded Sul Ross State 56-22. Seda led the way with a game-high 15 boards while freshman Jordan Alexander pulled down 11 to go along with eight points in her Miner debut.

An area of concern for UTEP was turnovers with 19, but 14 of those came in the first half.

“Well from a coach’s perspective we’ve got a long way to go,” UTEP head coach Kevin Baker said in a press release. “You look at the scoreboard and say ‘hey, great win and all that kind of stuff’ but coaches look at that kind of game that it was a good practice for us. We needed another opponent. We’ve got a lot of things to clean up and a lot of things to fix. Winning can sometimes mask the things you need to work on and do better.”

All eight Miners who played in the game scored at least five points, with each of them earning at least 11 minutes of playing time. Freshman guard Jordan Jenkins and Howell shared the squad lead with four assists each.

UTEP’s bench had a 21-12 advantage, with sophomores Roeshonda Patterson and Rachel Tapps each accounting for eight points. Both nailed a pair of triples to help their cause while fellow classmate Faith Cook pitched in five points.

Sul Ross State was led by 16 points from Erica Powell but no one else on the squad had more than seven points in the game.

UTEP outscored the Lady Lobos in each quarter, including a 25-5 advantage during the second frame.

The Miners had a 40-14 cushion for points in the point, 29-6 edge in second-chance points and 27-8 advantage for points off turnovers.

UTEP will play its second and final exhibition game to prepare for the 2017-18 season opener against CSU-Baskerfield when it locks up with St. Mary’s (Texas) at 1 p.m. Saturday at the Don Haskins Center.