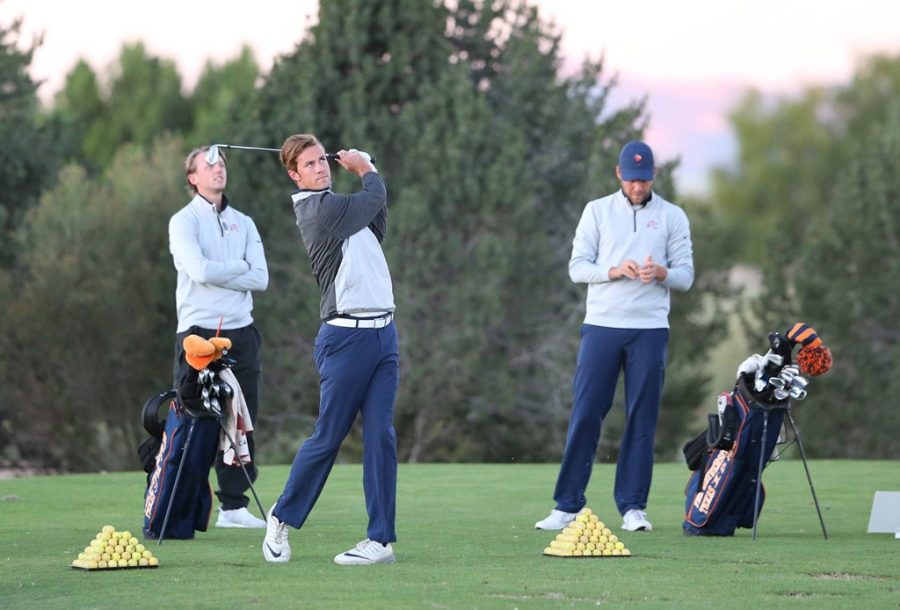 The UTEP men’s golf team put together three solid rounds to win its own Price’s “Give ‘Em Five” Invitational for the second consecutive season on Sunday afternoon at the Butterfield Trail Golf Club.

The Miners beat No. 24 Marquette in the final round, shooting a tournament total of 13-under 839 (275-283-281) to maintain a comfortable 10-stroke lead over the Golden Eagles and ending their fall season on a high note.

Hunter Eichhorn for the Golden Eagles was the individual winner of the tournament, slipping by UTEP’s Charles Corner by one stroke with a 9-under 204 (67-72-65) performance.

“That was the most complete team performance we’ve had all year,” head coach Scott Lieberwirth said. “Each round we played was better than the last and I’m just so proud of our guys and the way we competed. Charles Corner finishing in second place was the best individual finish that we’ve had of any of our guys this year. It was really a strong top-to-bottom performance.”

The win marked the first tournament title of the season for the Miners. The team will return for the spring on Jan. 29-30 to compete in the Arizona Intercollegiate.

“I think we know that we can compete with some of the ranked teams in this country,” Lieberwirth said. “We have, in individual rounds, been able to compete with some of the better teams in the country but this was really the first time that we’ve put three consecutive strong rounds together in a tournament so I think that’s going to give us a lot of confidence to know that we can do this from now on.”