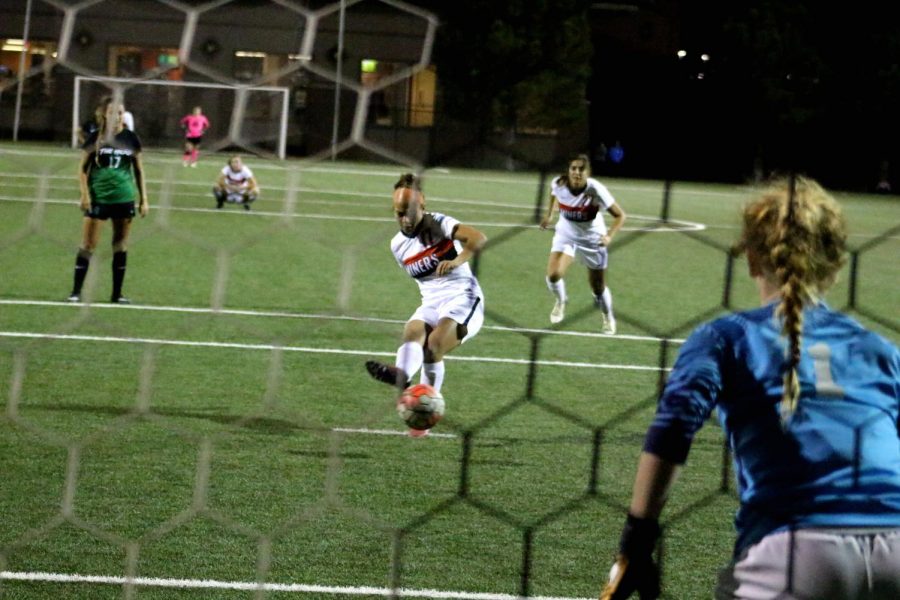 Aiding the two goals was a strong defense showing for the Miners tonight as the team blanked the opposing team for the first time since their last win on Sept. 29, against the Charlotte 49ers (1-0).

The Miners (7-10, 3-5 C-USA) outshot the Thundering Herd (5-10, 3-5-1 C-USA), 13-8, including 6-4 in shots on goal. Freshman Caley Leask registered four saves in her collegiate debut for UTEP while Cayla Payne was credited with an assist on Jimmerson’s goal.

The match was delayed more than an hour in the second half due to lightning.

“That was probably the most complete game we’ve had all season,” UTEP head coach Kevin Cross said. “We didn’t play the best in the first minute and Caley made a big save, but after that we played really well. It’s awesome that we were able to honor the seniors tonight in their last game on University Field. We played the way we needed to at home.”

UTEP will take aim at its second straight win this Sunday, Oct. 22, when the team travels to Boca Raton, Florida to take on the Florida Atlantic Owls at 10:30 a.m. MT.