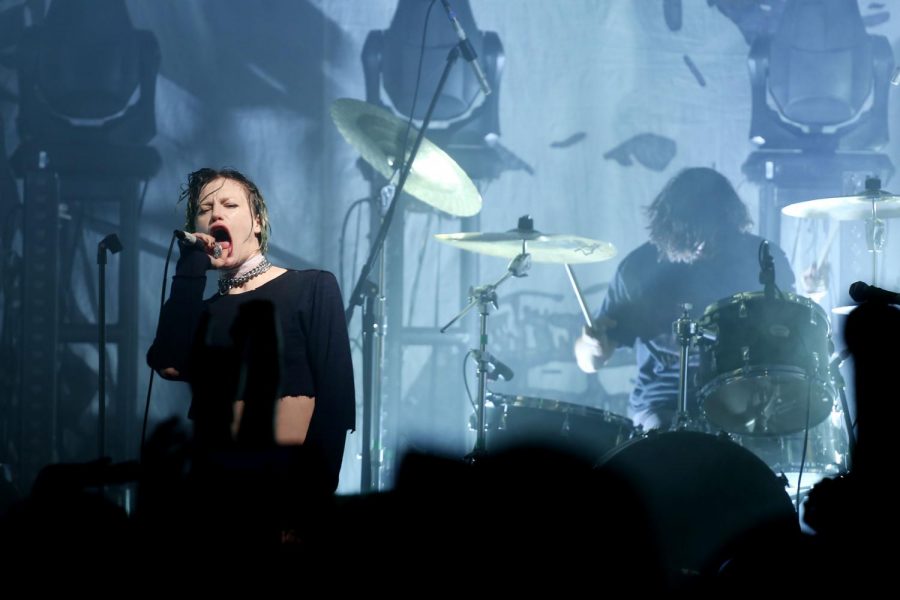 Staying true to their reputation of frenetic and chaotic live shows, Canadian electro pop duo Crystal Castles rumbled through a lengthy set in front of a packed house at Tricky Falls on Wednesday.

Founding member and producer Ethan Kath played a big part on the performance, showing off circuit bending production elements. He also had different interludes where he showed off rowdy samples.

One of the most interesting elements going into the show was long-time fans’ reaction to new vocalist Edith Frances. After original vocalist Alice Glass’ departure, she stated on a Facebook post that it signified the end of Crystal Castles. However, Frances came to her replacement and is featured in the band’s newest album “Amnesty (I).”

Frances brought a lot of energy and interacted with an embracing crowd in multiple occasions, crowd surfing and splashing water on the front rows.

The setlist included a mix of both old hits and new singles, despite being the band being on their “Amnesty (I)” tour. “Crimewave,” “Suffocation,” “Not in Love” and “Celestica” immediately connected with the crowd, while “Char,” “Enth” and “Fleece” were some of the duo’s featured new material.