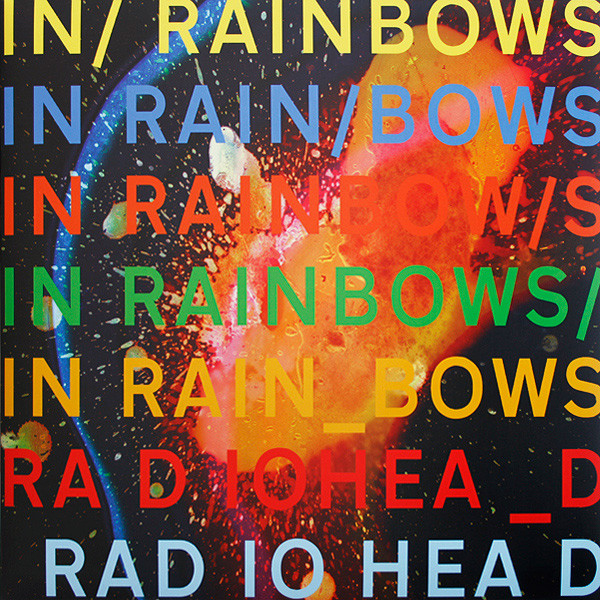 Ten years ago, art rock legends Radiohead released what is arguably one of the best albums of their careers, “In Rainbows.” It was their first album to not only be distributed as a pay-what-you-want project, but it was also crafted and released outside of their at-the-time label EMI.

Sandwiched between the release of 2003’s “Hail to the Thief” and “In Rainbows,” Radiohead found themselves in a period of creative fluctuation. Looking to avoid a familiar sound, the band recruited U2’s trusty producer Spike Stent. Recording sessions with the often-extolled Stent proved unsuccessful, to a point where the band considered splitting. After touring, Radiohead resorted to their longtime producer Nigel Godrich and finally found the creative spark they needed.

When this album came out, music consumption was barely shifting from the days of the CD format and into the digital ways of digital purchasing. Radiohead understood that a change was being made and released the album as a pay-what-you-want release, meaning that anyone who wanted the album could choose to pay whatever they wanted for it.

Lead guitarist and keyboardist Jonny Greenwood set the wheels in motion by posting a link on the band’s blog, Dead Air Space, which led visitors to inrainbows.com, where an mp3 download of the album—in exchange for whatever they wanted of pay for it—awaited.

The move was received as a divisive premise. While some praised Radiohead, some critics wondered where this would lead in terms of the grander scope of the music industry. Was it a successful model? Could anyone really sustain it? The verdict is still out, as the band has never attempted this since.

Frontman Thom Yorke was also critical of reviewers, and saw the independent, no-strings attached release as a statement against the lack of authenticity in music journalism.

“We were trying to avoid that whole game of who gets in first with the reviews. These days there’s so much paper to fill, or digital paper to fill, that whoever writes the first few things gets cut and pasted. Whoever gets their opinion in first has all that power,” Yorke said in an interview with Wired magazine. “Especially for a band like ours, it’s totally the luck of the draw whether that person is into us or not. It just seems wildly unfair, I think.”

Musically, prior to “In Rainbows” it seemed as if the band had peaked and had no wiggle room to expand. Solo projects started to emerge, as Yorke released his first solo album in 2006 and Greenwood worked on the soundtracks for “Bodysong” and “There Will Be Blood.”

Unlike their previous projects, this record was not rushed, but that also made this the most difficult album to create according to Yorke. The music feels organic and accessible, yet never lackadaisical.

Despite its slow-cooking nature, “In Rainbows” achieved great critical success and placed 336th on Rolling Stone’s 500 Greatest Albums of All Time.

The lyrics in the album aren’t as politically charged as in previous records. However, the LP’s quality doesn’t suffer because of it, in fact, it blends well with the standout musical arrangements.

Yorke has described the lyrics on In Rainbows as showing, “very little anger.” “It’s in no way political, or, at least, doesn’t feel that way to me. It very much explores the ideas of transience. It starts in one place and ends somewhere completely different,” Yorke said.

The title, according to Yorke is about “the desire to get somewhere that you’re not.”

The opening song is a detailed omen to what the rest of the album is going to be like. The strongest and instrument heavy track on this album stands way above the others in terms of sound engineering.

This song contains so many complex layers of sound, but it is never sonically overwhelming to the listener. It is dominated by a tone-setting, blown up bass, and the band’s more electronic edge and is also well complimented by a looping dulcet guitar lick.

The band reached out to the Matrix Music School & Arts Center in Oxford, England to record children clapping to sample in the song, however, they decided to use the children’s cheers instead.

“15 Step” is brilliant in every sense. It sounds like a dream you never want to wake up from.

Impressively recorded in one take. The opening sounds rough in typical Radiohead fashion. The whole song sounds breathless because it was all done in one run, but that element only intensifies it. This track is one that has been “virtually untouched” in the studio, giving us a more raw and unedited Radiohead. Yorke has gone on to say that “Bodysnatchers” was recorded in a period of “hyperactive mania.”

The guitar riff for this song sounds beaten, bruised and scarred, giving the listener a sense that it might even be out of tune, but its restlessness never lets go of the frantic beat. The cranked up amp, alongside a JHS Color Box—a preamplifier that if plugged into a guitar mimics the sound of an overdriven old recording console—make for the rawest, yet, never sloppy track of the album.

Ed O’Brien has said that the lyrics were inspired by Victorian ghost stories and Yorke’s feeling of being trapped in his physical consciousness without being able to connect to anything.

Upon its release, “Bodysnatchers” became Radiohead’s highest-charting song since “Creep.”

One of my favorite songs on this entire album. Yorke manages to be seductive in the most twisted way. “Nude” was not a new track when “In Rainbows” was released. It was first created in 1995 but it didn’t quite work out. It had also been performed during the “OK Computer” tour in a different arrangement, but it wasn’t until bassist Colin Greenwood added a slow-swinging low end to it that it became what it is now and was deemed worthy enough to be an album track.

Colin’s bass groove is one of the standout elements of this track. The first two notes of the groove—the groove skeleton—create an enthrallingly droning sound wall that guide the listener along through a track about interdependence and the disappointment that it brings along.

Yorke sings about the ephemeral sense of satisfaction that a relationship can bring, and the indecision faced when you realize they are not really what you were missing, “Now that you’ve found it, it’s gone/Now that you feel it, you don’t/You’ve gone off the rails.”

The lines “Don’t get any big ideas/They’re not gonna happen” could also be interpreted as a partner’s failure in meeting expectations.

Originally called “Big Ideas (Don’t Get Any),” the track’s subsequent name, “Nude,” came from a chorus that was later chopped that said, “What do you look like when you’re nude?” An earlier demo version of this song is included in the special edition of “Ok Computer OKNOTOK 1997 2017.”

By far Radiohead’s most beautiful song. The arpeggio is a classic. It’s the tricky guitar riffs that make this track. They layer these difficult to perfect guitar arrangements throughout the song in such an incredible way that the depressing lyrics come second to the instrumentation.

“Weird Fishes” is one of the calmest and most soothing Radiohead songs to exist. It feels very stripped down and simple, but creating it was not as simple. It’s admirable that they can make something so difficult and heavy sound so simple.

Another unique track. The concept behind “All I Need” came when Greenwood attempted to recreate the white noise in a room from when the band is playing loudly because it’s something that never happens in a studio. In order to achieve that sound, he has a string section play every note of the scale and blanketed the frequencies.

He achieves that sound through synths, reverbs and piano. The sound gives the song a darker edge.

Intended as a track about monotony found in modern societies, this interlude is full of finger-plucked acoustics and an epic violin arrangement that clash with that notion.

One of the most underrated songs in the album. This track quickly follows “15 Step” in the amount of musical production it contains.

The sonic passage between the opening cymbals, the shaker, and the free-flowing guitar arpeggio make this track stand out.

The lyrics describe a god talking down to humans, whom he refers to as “reckoners,” because of our ability to discern. The god doesn’t blame temptations on humanity, but it does issue a warning about the fleeting value of material goods.

Radiohead had been previously working on a song named “Reckoner” in 2001 but during the “In Rainbows” sessions they decided to completely scratch what they had but keep the name.

The original “Reckoner” was eventually released in 2009 as “Feeling Pulled Apart by Horses.” This is also one of the tracks producer Nigel Godrich recalls as being one of the most fun to put together.

This track is one of the most normal songs on the album, something Radiohead rarely does. It’s more of a love ballad with an electronic vibe.

Then, he refers to the person’s marriage as a house of cards—something uncertain and susceptible to collapse—and asks for the other person to let themselves fall for him with the lines, “Forget about your house of cards/And I’ll do mine/And fall of the table/Get swept under.”

“House of Cards” was nominated for three Grammys in 2009 in Best Rock Performance by a Duo or Group with Vocal, Best Rock Song and Best Music Video.

“Jigsaw Falling into Place” is a bass-heavy track that picks up right away, but keeps a steady beat. It has some of the best Yorke vocals on the album. It’s his ability to sing beautifully so low and mumbled that make his vocals so great. It’s such an enjoyable track that it took me a while to realize it surpassed four minutes, as it never feels that long.

The lyrics make this track one of the darker ones on the album as Yorke describes them as “quite caustic—the idea of ‘before you’re comatose’ or whatever, drinking yourself into oblivion and getting fucked-up to forget.”

What is a simple piano ballad started out as anything but that. “Videotape” went through so many revisions that Yorke left the studio in frustration and Godrich and Greenwood had to strip it down to the current version.

The closing song has the opposite feel of it’s sonically strong opener, “15 Step.” It’s the genius, yet frustrating, trait that is felt throughout the entire album. It’s an intentional metaphor set up by Radiohead. “Videotape” is by no means a lackluster ending to the production-heavy “In Rainbows.” The journey from “15 Step” to “Videotape” is the perfect embodiment of Radiohead at their best.