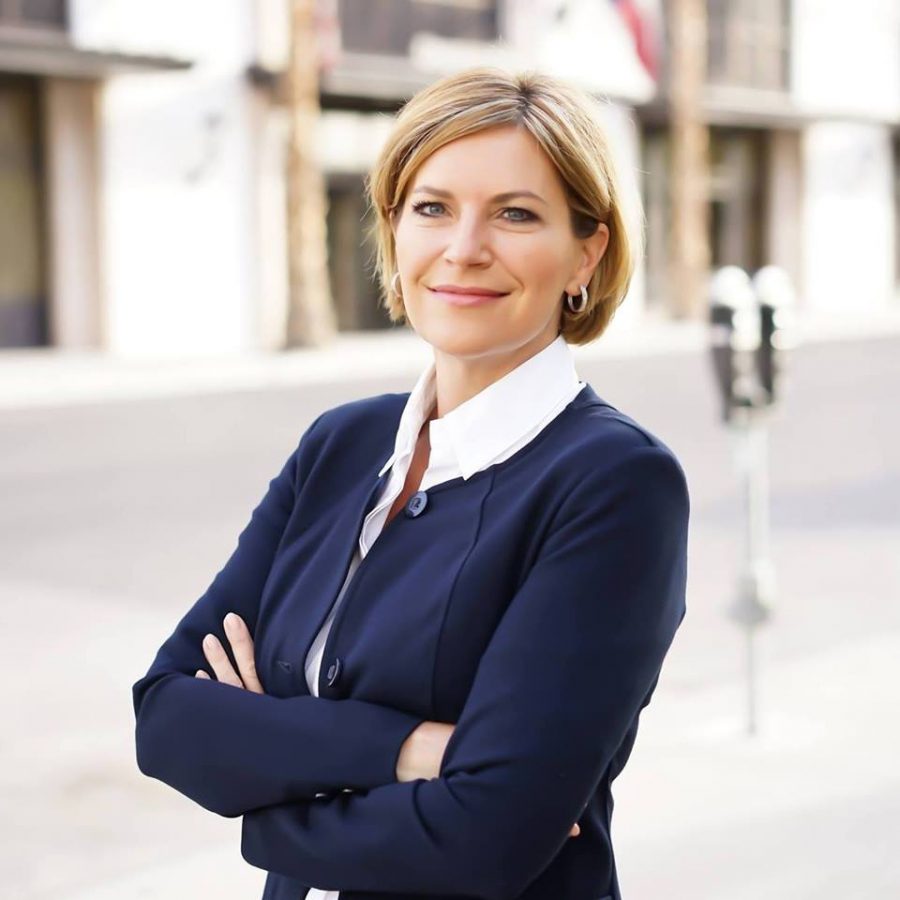 Dori Fenenbock, Democratic 16th congressional district candidate, believes that politics are about timing, and for the former president of the El Paso Independent School District, it is her time to run for the seat.

As Rep. Beto O’Rourke guns for Sen. Ted Cruz’s position, he leaves the 16th congressional district seat open in the House of Representatives during the most vitriolic time in recent political history.

Whoever wins the seat has the chance to be an influential voice on the border, where immigration is a hot topic.

“It’s very rare that you have an open congressional seat, and it could be decades before a congressional seat becomes open again. I think there is so much that we can do with the right leadership in that position for our whole city, our whole county—750,000 people,” Fenenbock said.

Fenenbock announced her candidacy at Five Points Bistro and promises a more central position than O’Rourke.

“We need leaders who are in the middle, and centrist, and can work within our party even in extreme ends of our party, but also work across party lines to make progress for El Pasoans, and I’m committed to that,” she said.

Fenenbock became a household name after being elected to the board of the El Paso Independent School District, where she served for two years. Fenenbock was elected after a string of corruption charges were brought to light by the

El Paso Times. She also was central to the EPISD bond in 2016 that was for $668.8 million, the largest in the county’s history and one of the largest increases in property taxes.

In 2016, she was chosen as El Pasoan of the Year by El Paso Inc., alongside EPISD Superintendent Juan Cabrera.

Fenenbock advocates for improving the quality and access to education, while ensuring that language and economic barriers do not dissuade students from pursuing their objectives.

“You might have a propensity for math, and we need to have a conversation with the parents, what does that mean? What kind of opportunities would that possibly open up for those children, and help those families start understanding the notion of a career instead of I just need a job,” Fenenbock said. “So education is intricately linked to economic prosperity.”

On charter schools, Fenenbock said that the problem is that they affect only a small portion of children and she hopes to help facilitate a hybrid charter school where charter facilities operate in public schooling and share methods of teaching.

Late last month, the Department of Education awarded $253 million in grants to help expand the use of charter schools.

On the economics between U.S. and Mexico, Fenenbock believes that there are misconceptions when it comes to jobs being lost in the U.S. to Mexico. Her husband, Mark Fenenbock, is the chairman of W. Silver Refining., he also owns a steel mill in El Paso as well as a maquiladora in Mexico that produces bedframes. She says that the plant in El Paso may not have survived without the maquiladora in Mexico.

“We have to strengthen our ties, our ties and our trade. One-fifth of dollars is touched by the maquilas, and there is tremendous untapped potential. If we can improve that flow of trade and commerce across the border, we can become a regional leader in cross-border trade,” Fenenbock said. “We already are, we have the largest binational bicultural bilingual workforce in the western hemisphere, that’s an asset.”

Fenenbock said that she stands for a “legal pathway to citizenship with compassionate immigration reform,” and said she agrees with Democratic leaders Rep. Nancy Pelosi, D-Calif, and Sen. Chuck Shumer, D-NY, in their attempts at making a deal with the Trump administration on letting DREAMers stay while increasing border security.

Fenenbock has disagreed with both parties in the past, and in 2012 and 2014 voted Republican. It was not until the 2016 elections that she switched parties and voted Democrat.

Fenenbock says her beliefs align with the Democratic party, but they have had weakened stances with “our strongest allies in some very hostile regions” in the past and that she has “broken ideologically with the Democratic Party at times on that issue.”

Fenenbock said that funding from Republicans was not uncommon in El Paso, where it is likely that a Democrat will win an open congressional seat. But that the main reason for the Republican funding came from the early days of her campaign when she was unsure whether they could raise enough money.

“So you go first to your friends, your family, your neighbors, your associates—the people you do business with,” Fenenbock said. “I’m certain that we’ll find when the next report comes out on Oct. 15, that my opponent will have received money from Republicans and probably some of the wealthiest Republicans with whom they’ve worked with at the county.”

Her emerging opponent, Veronica Escobar, former county judge, has not filed her campaign finance report yet, but will do so in the coming days.

Escobar has the backing of O’Rourke for his seat as well as state Rep. César Blanco and Rep. Joaquin Castro, D-Texas, who was considering running against Sen. Ted Cruz.

The two candidates came head to head after Fenenbock’s campaign released a video of Escobar at the annual State of the County in 2017. The video accuses Escobar of lying about lowering taxes in El Paso. The video shows clips of the address where Escobar appears to say conflicting reports of the tax rate. Escobar claimed that the clips are out of order and did not include the correct context.

The Prospector reached Fenenbock’s campaign for comment, but did not receive a response in time for publication.