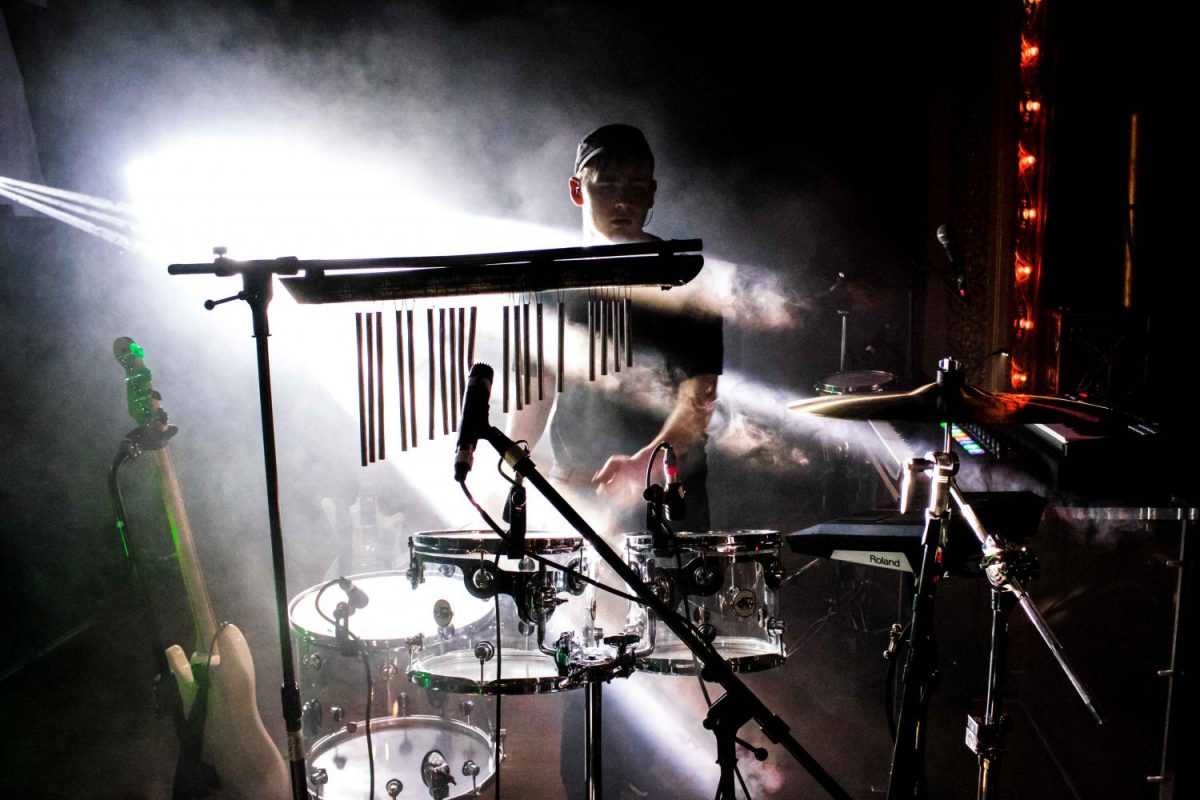 Crossan opened the night with the first track from his self-titled debut album. “Messy Love” showcased his abilities as a musician as he went around his setup playing two drum kits, tweaking his mix and even impressing with a fret-shredding guitar solo.

Up next, Fliss came on stage to sing Bonzai’s verses from the simplistic “Nuggets” and incited a pumped crowd to sing along. Fliss injected new life into the crowd, as she danced and clapped her way across the stage.

A quarter of the way through his set, the British DJ turned up the bass all the way up for the dance anthem “NOTHING ELSE!,” which also saw Fliss sub-in for English soul artist Jamie Lidell in vocals.

“Helpline” made Crossan step out of what had been shy on-stage antics up to that point with an impromptu guitar solo before the send-off chorus.

Crossan also played homage to fellow British band Foals, with his edit of “Night Swimmers,” off of Foals’ 2015 release, “What Went Down.”

The show’s aesthetic production was a good complement to the setlist, as the engrossing smoke effects mixed well with a set of lights that varied from turquoise, blue, purple, green, yellow and a blinding white that hid the English DJ during the slower tracks.

One of the disappointing aspects of the performance was the minimal role Fliss had in “All Around the World,” which originally features vocals from New York rapper Desiigner. Instead of having Fliss sing Desiigner’s verses, the mix for the song blared out the rapper’s vocals, which rendered Fliss into a smaller, hypewoman-type role for that song. A puzzling style choice, given that she had been helping with the vocal arrangements all through the night.

Toward the end, “Love$ick” sent the crowd into overdrive with a yellow set of lights and  a gushing performance from Fliss. The A$AP Rocky collaboration reached the top of the Spotify Viral charts in the United Kingdom and subsequently the United States, making it Crossan’s most successful song to date on the streaming service with 108,291,573 plays.

Before the encore, Crossan shifted tone and warped his vocals to perform the Damon Albarn-featured “Blu,” turning it into a more intimate and emotive type of performance.

“Firefly” wrapped up what was a set full of the young DJ’s hits.