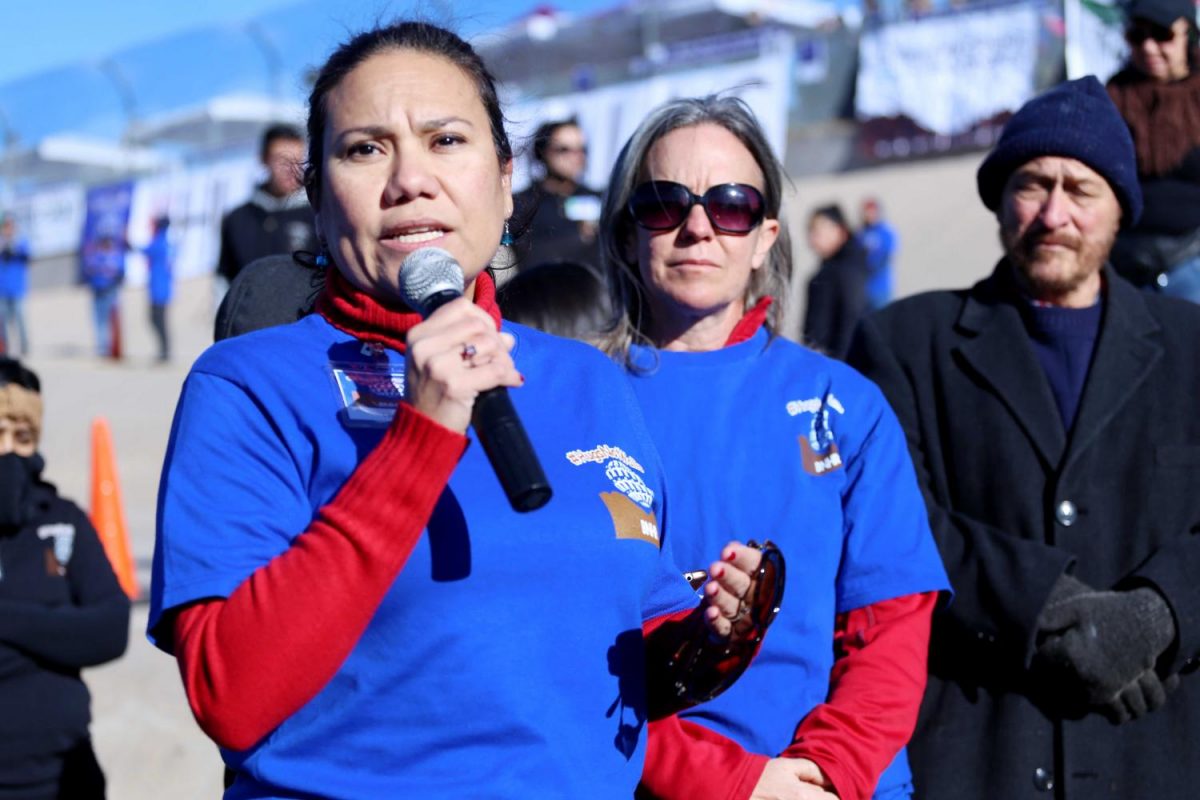 On Aug. 25, Veronica Escobar filed paperwork to begin a campaign for Texas’ 16th Congressional District, a seat currently occupied by Democrat Beto O’ Rourke, who is running for the Texas Senate against Ted Cruz. If elected, Escobar will be the first Latina Texas elect to Congress.

Escobar said she feels like experience is one of the main factors that make her a viable candidate to represent El Paso in Congress.

“Any time I have looked to hire someone, whether it be a department head at the county, or someone on my own staff at the county or someone on my campaign team, one of the important components of the hiring process is looking at experience. I think experience is valuable and is especially important in governing,” Escobar said. “I hope El Pasoans have come to know me as an experienced and trusted leader who’s proven herself, and I know I’m ready for the next level and I don’t just have the commitment to public service that is proven by having served for a decade, but I hope people have come to know my deep love and loyalty for El Paso.”

Escobar described her formative years in El Paso as a time of recession for the city, former county commissioner and currently county judge, Escobar said she is the only one out of the five siblings to return to her roots.

“When I was growing up in El Paso, unfortunately it was in decline. We had lost a number of jobs, our downtown was becoming a ghost town, we were losing talent at record levels that were unprecedented and we were losing jobs,” Escobar said. “I was part of a generation that felt that there was not a whole lot for us in El Paso.”

Escobar, 47, received her undergraduate degree in English literature from UTEP and moved to New York City to pursue her master’s degree in the same field at New York University, citing a desire to live in a major urban center and an affinity for the East Coast as decisive factors behind her move.

After a brief stay at NYU, Escobar wanted to pursue a Ph.D. in Chicano literature, however, the program in New York was not as extensive as she would have liked.

“I wanted to work on a Ph.D. on the West Coast because I was very interested in Chicano literature and NYU just didn’t have that and there was no way that I’d have an opportunity to study something that inspired me and that motivated me at NYU, that was not going to happen,” she said.

Her plan was to move to the West Coast to any of the California State-system universities in order to get a better exposure to a broader Chicano literature program. She’d also planned to make a brief stop in El Paso and make use of her master’s degree to teach and pay off some of her college debt.

Her return to El Paso marked one of the first moments she found a calling for public service.

“As soon as I got back to El Paso, I just reconnected on a level that I can’t even articulate. I fell in love with the city in a way that I had never been in love with it before,” she said. “I saw it with different eyes and that was the value of my time in New York–is that I had enough time, that I understood what a magical and special place El Paso is, and at that point, there was no way of getting me out of this community and I was ready to settle in and pitch in.”

In 2006, she had one of her first forays into local politics. She was elected county commissioner for precinct two. After a full term and amid a dubious criminal complaint from former County Judge Anthony Cobos that was later dismissed as “frivolous and without factual basis,” Escobar succeeded Cobos as the county judge in 2010. Her current term ends in December 2018.

She also said her goal of improving transparency in the county is a source of legitimacy going into the 2018 race.

“Four of my predecessors have plead guilty to federal crimes; Betty Flores the county commissioner I preceded, Anthony Cobos, the county judge I preceded, Luther Jones and Dolores Briones, county judges who preceded me,” Escobar said. “When you put that into context, I think it demonstrates that it took a lot of hard work and courage to turn the organization around.”

Running with the Democratic Party, Escobar plans to continue making a push for health care and border issues, platforms that have carried over from her time in office at the county.

“I have a record of expanding access to affordable healthcare, for creating a strong professional reformed government, and I also have a record for standing up for the border and El Paso. I will continue to push those values in Washington,” she said. “Additionally, I will push for comprehensive and compassionate immigration reform.”

“I want to also work to ensure that if there are any trade negotiations that happen, that El Paso’s needs and issues are at the table. That may be completed, it may be done in a year, maybe done in two, it may drag on for three or four years, we don’t know what’s ahead with the renegotiation of NAFTA, but trade is an important component of our economy,” she said. “A quarter of our jobs locally are attributable to trade and that is an issue of tremendous importance for El Pasoans.”

Escobar also wants to make college education more accessible and she said that young people shouldn’t have to bankrupt their future to get a college degree.

“I think we should either allow college tuition to be tax deductible or the federal government should expand access to grants and forgivable loans in order to get more people into college,” she said. “It is in our best interest as a nation that we have an educated, highly trained, highly motivated workforce. That’s how America will stay competitive, and we are not gonna get there if we make it difficult for young people to attain a college education.”

She also wants to work to provide legal protection for DACA recipients.

“While I was very disappointed in Trump’s actions, I do feel it is an opportunity for Congress to act and create permanent protection for DACA recipients as well as a path to citizenship,” she said.

O’Rourke publicly endorsed Escobar via a YouTube video on Aug. 26, when she made the campaign announcement public.

“She’s honest, she’s strong, she’s principled and she will fight for everyone in El Paso,” O’Rourke said in his endorsement.

“There are members of Congress who make D.C. their semi-permanent home and it removes them from the constituencies they need to hear from and the ones they keep them accountable,” she said.

Her candidacy, however, won’t be uncontested. According to paperwork filed with the Federal Election Commission, former El Paso Independent School District (EPISD) Board President Dori Fenenbock, lawyer Enrique Garcia and high school teacher Nicole Leclair are all running for the Democratic nomination. Cory Roen, who ran for the same position in 2014, is the only official candidate from the Republican Party.

“We want contested races, we want competitive races. I think we should want to have a great debate of ideas and to have candidates who have to go to the people before they go on to that office,” Escobar said.