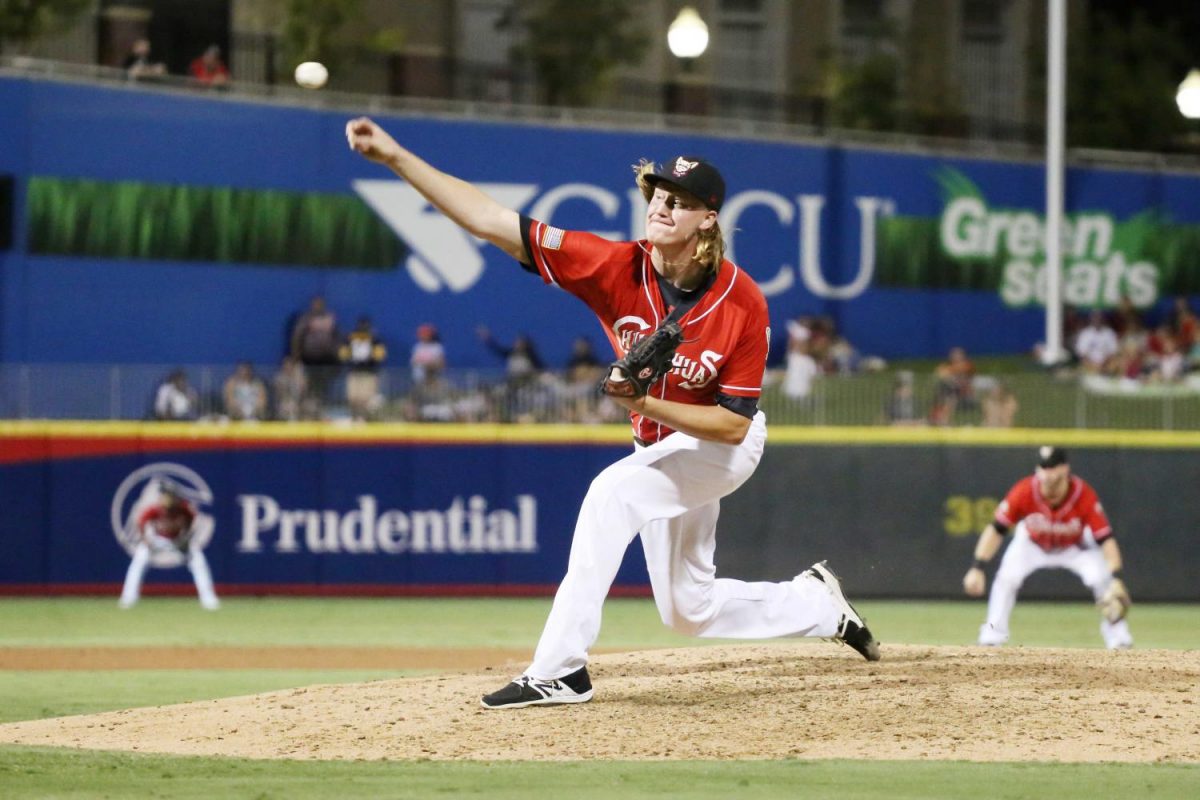 The El Paso Chihuahuas have six championships in four seasons of play.

The El Paso Chihuahuas’ season came to end in game five of the Pacific Coast League finals to the Memphis Redbirds on  Sept. 17 at Southwest University Park.

The Chihuahuas had themselves a magical hot streak at the end of the season, which got the team to the playoffs for the third straight year.

El Paso was four games back and in third place in their division on Aug. 7 and won won 19 of their final 27 games to win the PCL Pacific Southern division for a third-consecutive season. The Chihuahuas then swept Reno in the PCL semifinals to win their second-consecutive Pacific Conference championship.

Since missing the playoffs in their first season of play in 2014, the Chihuahuas have won three division titles, two conference titles and one league title for a total of six banners in four seasons of play.

In the months of late July and early August, it was questionable if this year’s squad could make the postseason. The team trailed the Salt Lake Bees the entire season, but manager Rod Barajas and his club pulled off the magic to finish 73-69 and four games above .500.

In the early months of the season, the Chihuahuas had an abysmal display of pitching. The team finished in the top three for allowing the most home runs, runs allowed and hits. The team also finished second to last with 995 total strikeouts, just one of two teams out of 16 who didn’t reach over 1,000 strikeouts.

One pitcher for the club, Bryan Rodriguez, led the Chihuahuas with an ERA of 4.90 thanks to a strong finish to 2017. Look for him to get his shot in the big leagues before the regular season of Major League Baseball ends.

As the season wound down toward the home stretch, the pitching improved in the last month of the season and in the postseason.

Among the squad finding a groove on the mound, the team also found success with the bat. El Paso finished this season with a combined total of 160 home runs (second in PCL) and a top three finish in the league for RBIs.

While constantly moving between San Diego (MLB) and El Paso (AAA) during the course of the season, right fielder, Jabari Blash, still led the Chihuahuas in home runs with 20.

Hunter Renfroe, who was the PCL MVP for the Chihuahuas in 2016, was  sent back down to El Paso on Aug. 19. Renfore spent the whole season in the majors up to this point with the Padres, where the slugger struggled to be consistent. He was a fundamental piece of last season’s team, his leadership was fundamental for how the Chihuahuas squeaked by and made the playoffs for the third year in a row.

Since getting demoted down from the Padres, Renfore batted an average of .509, with an on base percentage of .557, to round up a .891 slugging percentage with El Paso. While registering only 55 at bats, Renfroe who got called back up the Padres after the Chihuahuas’ season came to an end, and became the first Padre to hit three home runs in a game at Petco Park on Sept. 20.

Overall for the Chihuahuas, they were able to gather momentum and continue to build a winning tradition in El Paso. With Double-A San Antonio also making the playoffs in 2017, Chihuahuas’ fans can expect the success to continue while Padres’ fans can hope for the future.