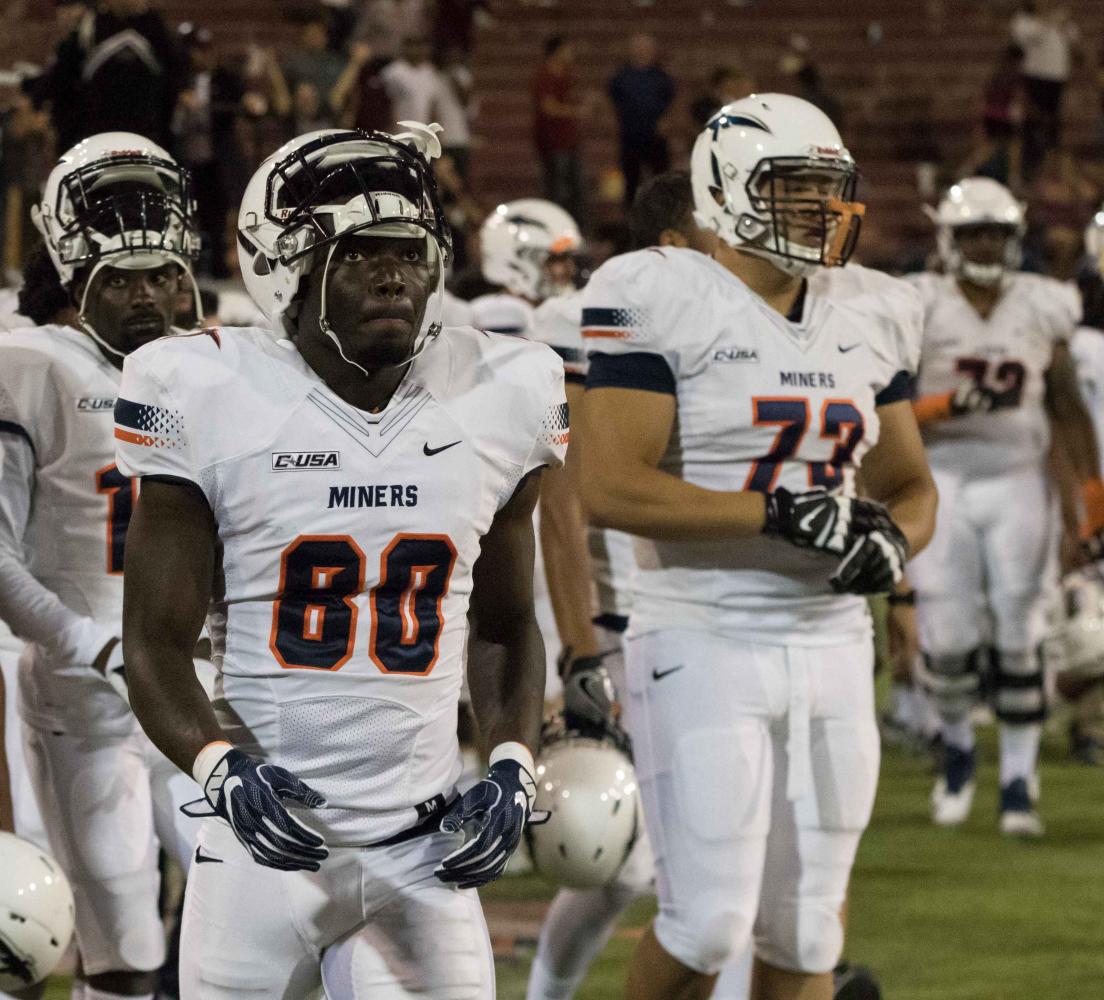 The Miners fell to the Aggies for the first time since 2008.

After an eight-game wining streak against NMSU, UTEP was dominated by the Aggies 41-14 on Saturday night at Aggie Memorial stadium.

The game saw Ryan Metz return at quarterback for UTEP, as he sat out last week with a shoulder injury. It was also Brain Natkins’ debut as offensive coordinator.

The Miners struggled all night on offense, finishing 10-of-34 passing for a total of 92 passing yards and five turnovers throughout the course of the game.

This is Kugler’s first loss against New Mexico State in his time with the program.

“It’s tough to lose any game but a rivalry game is even tougher,” he said. “My hats go off to them, I have much respect for coach (Doug) Martin.”

It looked as though the rivals were going to battle it out neck-and-neck, but the second quarter took a turn in the Aggies’ favor.

At the end of the second quarter, the Miners struggled against the NMSU defense and ended up throwing three interceptions. NMSU defensive back Shamad Lomax added three picks to his tally, while returning one 19 yards for a touchdown.

Metz was benched after the first half after finishing 6-of-18 with three interceptions.

For the second half, Kugler brought in Mark Torrez in attempt to comeback and pick up momentum, which never came.

Kugler defended his decision to put Torrez in because of his mobility.

The Aggies converting on 53 percent of third down situations (9-of-17) and winning the turnover battle proved to be too much for the Miners to overcome.

“Third downs, interceptions—they outcompeted us, they outplayed us,” Kugler said.

The Miners finished with 227 yards offensively and averaged 2.7 yards per pass attempt. The Aggies outgained the Miners on offense 462-227.

The Miners managed to sneak in a touchdown near the end of the game with 1:37 left as Trace Mascorro recovered a fumble and returned it 26 yards for a touchdown, putting the game at its final mark of 41-14.

UTEP is still searching for its fist win against Army on Saturday, Sept. 30 in West Point. Last season, the Miners lost 66-14 to the Black Knights at home.