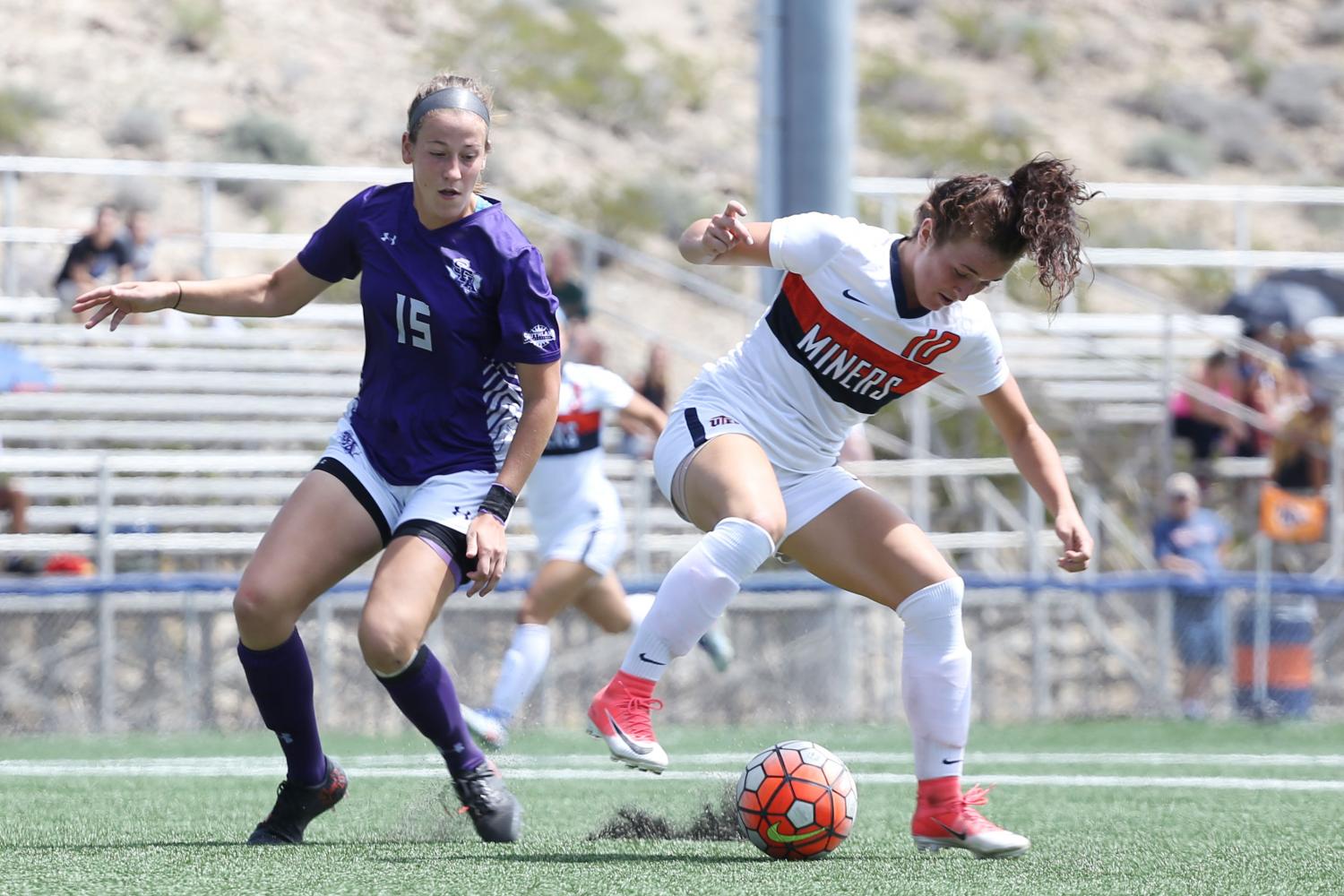 The UTEP soccer team has won five consecutive matches after dropping their first five to start the season.

The UTEP soccer team seems to be hitting their stride just in time for the most important time of the season—Conference USA play. With a 1-0 victory over Southern Mississippi on Sunday, Sept. 17 to open up Conference-USA play, UTEP (5-5) has now won five straight games after losing five straight to open up the 2017 season.

To make things even sweeter for the Miners, their last win against the Golden Eagles came from a last-second goal from Kennadie Chaudhary who put the dagger in the hearts of USM by nailing the game-winning goal with only 59 seconds remaining in regulation.

Momentum will definitely be present with the Miners.

UTEP will play their first home conference game of the year when UAB comes to University Field on Friday, Sept. 22. The Miners have not beaten UAB since the 2012 season.

A chance at redemption will be on UTEP’s mind when they battle the Blazers. Last season, it took two overtimes for UAB to sneak by the Miners. But this time around, the game is in El Paso, giving UTEP the edge of a home field advantage.

UAB (6-1-2) will be a good test and measuring stick for the young Miner team. The Blazers’ only loss came at the hands of a tough Memphis squad. UAB and UTEP have both connected on 20 goals this season, but UAB has done it in two fewer games and averages three more shots per game than UTEP.

Although UTEP is riding a five-game winning streak, there’s room for growth in the number of attempted shots they produce. In the first 10 games of the season, the Miners have been outshot by their opponents 182-131. And UTEP has only outshot three of their opponents in 10 contests this year.

UAB, on the other hand, does not have that problem. This season, they have outshot their opponents 138-115. The Miners will need to keep the game on their offensive side of the field to maintain UAB.

Fortunately for the Miners, they have what could be argued as the best goalkeeper in all of C-USA in Alyssa Palacios. Palacios currently ranks third in the nation with 60 total saves on the season—a much-needed security blanket for UTEP.

In the Miners recent win at Southern Miss, head coach Kevin Cross discussed the impact Palacios and some of her teammates had in their first conference game.

“Alyssa Palacios was phenomenal today and made some huge saves including a one versus one save,” said Cross in a press release. “We picked up our game in the second half. The team really pushed to get the goal at the end because we have been in these situations many times before this season, and did not want to go to overtime. Lauren Crenshaw made a great attack and assist for Kennadie Chaudhary to hammer it home. I am very proud of our team to get such a big win versus the best Southern Miss team we have played. I urge our UTEP soccer fans to come out on Friday night when we finally get to play UAB at home. Our girls really feed off our crowd’s support.”

Palacios, who was also named the goalkeeper of the week by Conference USA on Monday, Sept. 17, is going to need to keep her eye on UAB’s Megan Hudgens and Rachel Green, who have combined for nine goals this year.

Another player to keep an eye on for the Miners is standout freshman Vic Bohdan. She has caught fire in the last three games with a team-high four goals made this season. The freshman also has four assists and 12 points on the young season.

The game between UTEP and UAB is set to begin at 7 p.m. on Friday. After that, UTEP will continue at home against Charlotte the following Friday, Sept. 29, at 7 p.m.