Football vying for first win in Battle of I-10 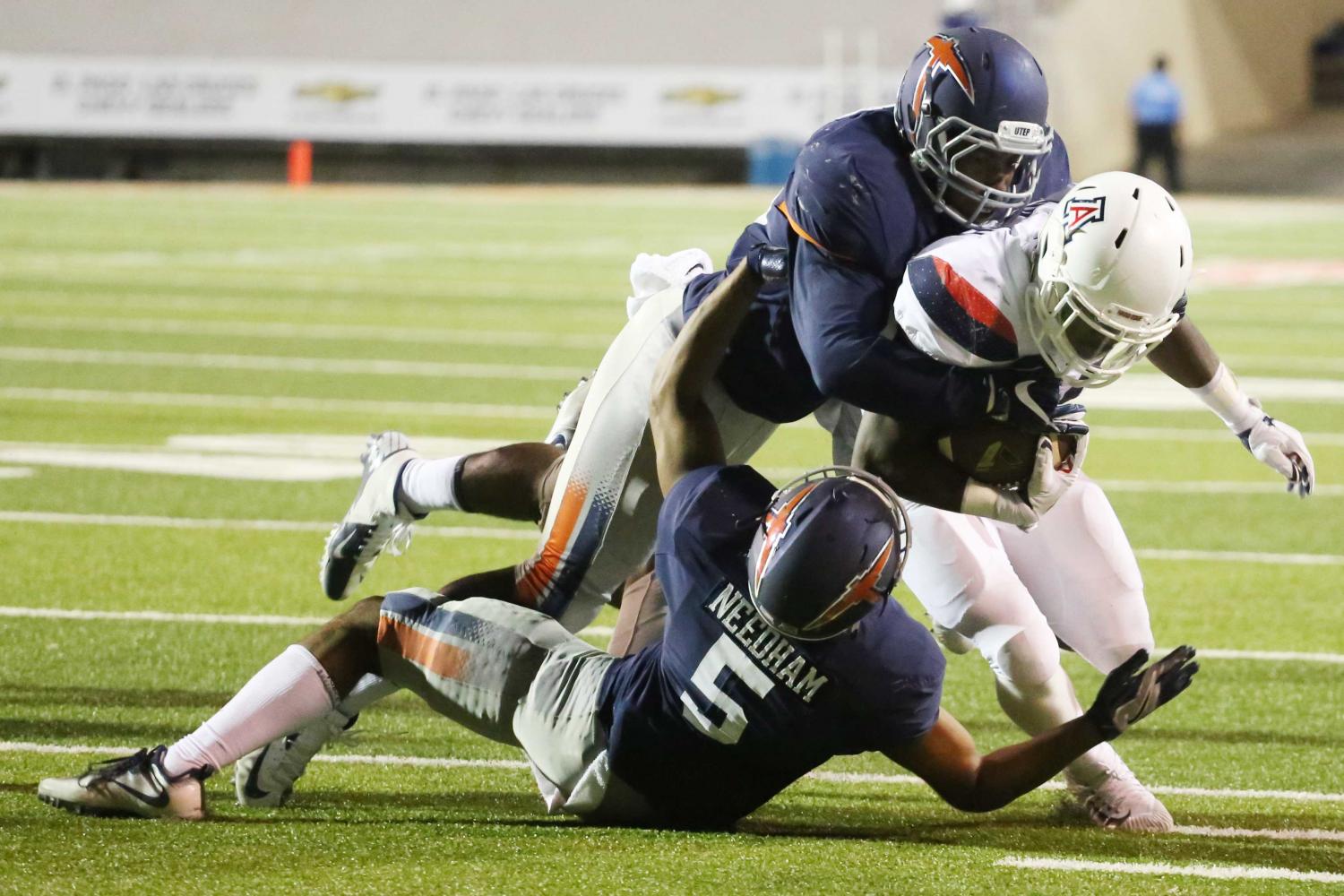 In the 95th meeting of the Battle of I-10 between UTEP and New Mexico State, Miners’ head coach Sean Kugler and his squad feel desperate for their first win.

Sitting at 0-3 this season, the Miners have been on a quest for a certain spark and some light within their dismal season thus far.

The Miners are currently on an eight-game winning streak against rival NMSU and Kugler has yet to lose a game to the Aggies since his time with the program.

“No matter who we play this week, we need to win to solve a lot of things,” Kugler said. “What we desperately need is a win. We have to play our best. NMSU should be 3-0. They’re playing outstanding football.”

His short solution was to fire offensive coordinator Brent Pease and replace him with former tight ends and special teams coach Brian Natkin.

Additionally, Chuck Veliz, the former receivers coach, will now be looking over the quarterbacks and Don Yanowsky will take the reigns as special teams coach. Natkin will oversee the receiving core as well.

“This isn’t how we play ball at UTEP,” Kugler said, reflecting on the Miners’ 218 yards of total offense against Arizona.  “I relieved Brent Pease of his duties. There’s a lot of season left. That’s why I decided to do it.”

Natkin was an All-American tight end at UTEP in 2000 and returned to the program in 2011 as a full-time assistant. He dabbled as a tight ends coach, special teams coordinator and offensive line coach during his coaching career.

“Natkin, there’s not a more trusted member on my staff,” Kugler said. “He’s loyal to this university and the players love him.”

Offensively, the Miners have been at an all-time low. They currently rank as the second-worst team for total offense in FBS, averaging only 204.7 yards per game and have just five total touchdowns.

Their rushing game—one that Kugler heavily favors in his offensive scheme—has averaged merely 38.7 yards per game.

“Felt there’s too much talent to be as ineffective as we (are),” Kugler said. “I had to make that difficult decision (to fire Pease). You can’t do the same thing and expect to be effective. We needed a spark. As head coach, it’s not a fun decision to make, but felt like it was a necessary decision.”

“(Natkin) needs to be different from the standpoint of being effective,” he said. “We’ve been tossed in time of possession in conference. Also, the style of play—Brian understands these players. He’s an outstanding coach and competitor. He knows what we want to get done. He knows we need chunk plays and to run the ball.”

Kugler sums it up by saying that they need to “get the group together and move forward.”

Forward-thinking comes at an opportune time after losing their third-straight game to Arizona last week, 63-16. They let go of 501 total yards of offense by Arizona and had no solution offensively.

This week, the Miners will yet again be tested defensively by NMSU. The Aggies bring a tough, balanced offense to the front, with quarterback Tyler Rogers throwing the ball as effectively as he’s ever been and running back Larry Rose III paving the way for them on the ground.

Currently, Rogers has 10 touchdowns, which has him tied for fifth in FBS, and totals 1,130 yards so far this season. His 376.7 passing yards per game also has him tied for fifth in FBS. His favorite target, receiver Jaleel Scott, totals 295 yards of receiving on 22 catches. To put it into perspective, Scott has more receptions and receiving yards than the Miners’ three starting receivers— Warren Redix, Tyler Batson and Kavika Johnson—combined.

Rose III has already gained 228 yards on 46 attempts. He’s a running back that Kugler is definitely keying on.

Offensively for the Miners, the status of quarterback Ryan Metz, who suffered an injury against Rice, is still questionable, according to Kugler. He said that if Metz does not play, it would be between Zack Greenlee and Mark Torrez.

Kugler feels confident with either quarterback taking the starting job but is very mindful about the situation that his team’s in.

“Are we in a rut? Yes, we are,” he said. “But you don’t dwell. That wouldn’t help their confidence. Me yelling and screaming won’t help.”

And he has told his team that in order for UTEP to get their first victory, they need to play their best football of the season.

“The team we’re playing is a better team than us right now,” he said. “We need to work our tails off to be the better team on Saturday.”

The Miners lead the all-time series against the Aggies 57-36-2.

Kickoff between the two rivals is slated for 6 p.m. MT at Aggie Memorial Stadium in Las Cruces.