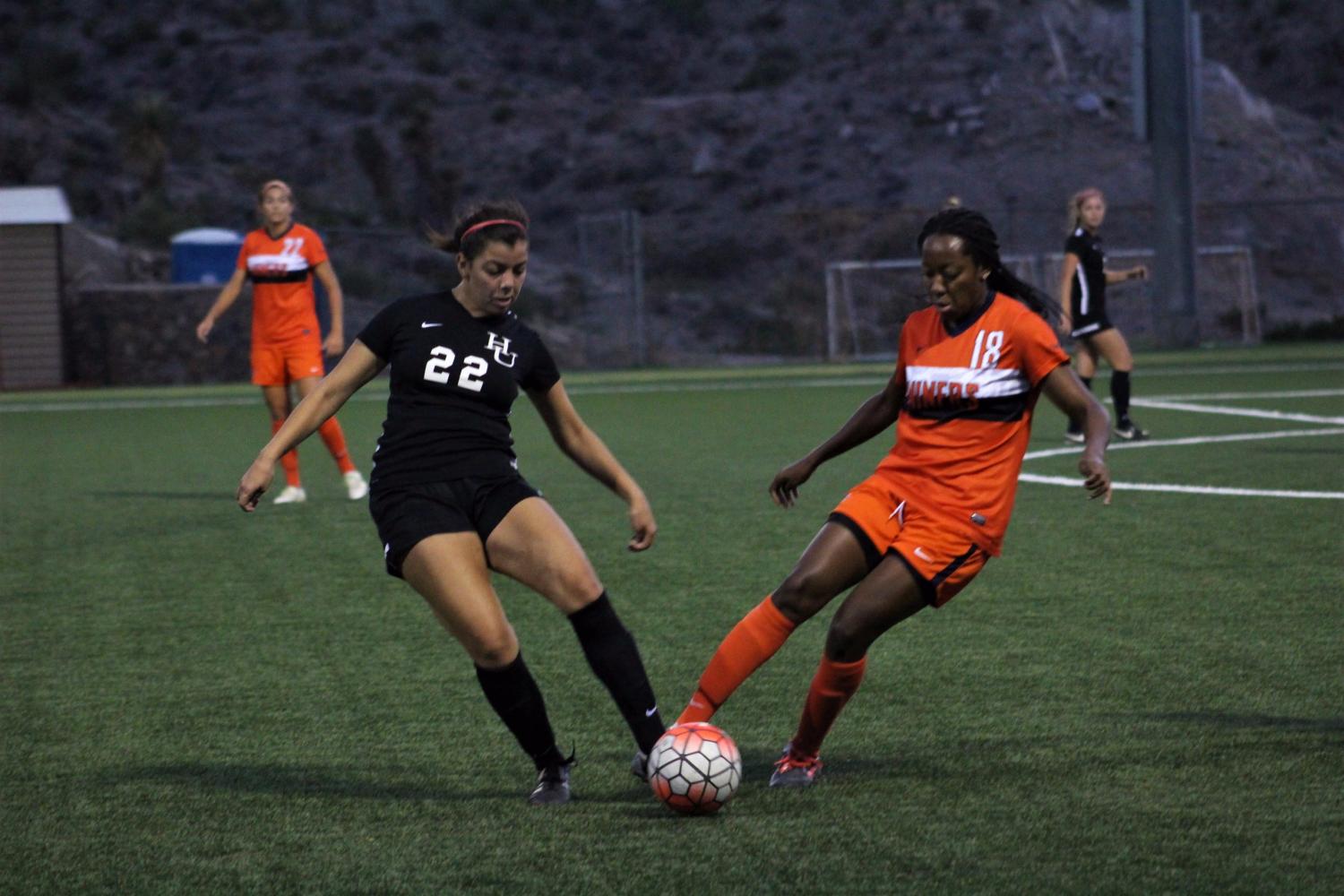 UTEP’s fierce offense came out swinging in the first half and never looked back, extending their winning streak to four consecutive games with an 8-0 victory over the New Mexico Highland’s Cowgirls on Wednesday at University Field.

The Miners had two shots on goal in the first four minutes, a telltale sign of what was a long night for NMHU.

The windy night marked UTEP’s most complete performance this season, with a seeming synchrony in all areas of the field. The defense, midfield and offense played as a team tonight, showing a clear vision on how to score on the opposing team; keeping possession, looking for open spaces and taking on defenders only when necessary.

The level of confidence was also a key catalyst when it came to scoring as Freshman forward Vic Bohdan posed a nightmare for the Cowgirl defense. Bohdan took on multiple defenders on more than a few instances, resulting in two assists. The speedy forward showed great vision in orchestrating the Miner attack. She also retained possession with her back against the opposing net and took on multiple defenders at a time, showing promising skills with the ball.

Defender Cayla Payne scored the first goal off a rebound. Bohdan ran from midfield leaving four Cowgirls behind and her cross was deflected for Payne to put it in the back of the net.

Freshman Hannah Burbank and junior Payton Ross commanded a defense that only allowed for five shots on goal after the game was out of reach. Both players showed poise and good technique by intercepting passes in midfield and passing the ball from their own half.

Bohdan continued her excellent run of form with a pass to split the Cowboys defense, finding sophomore defender Kori Lewis who set up senior midfielder Kennadie Chaudhary. Chaudhary beat the Cowboys keeper with a great strike that hit the bottom right-hand corner increasing their lead to 2-0.

Freshman midfielder Anna Jimmerson increased her tally to five goals on the season. The first one came by deflection on a Cowgirls defender, increasing the Miners’ lead to 3-0. Her second goal had more flair to it. Jimmerson found the ball in the box and scored off a backheel to make it 4-0.

To close the first half, sophomore midfielder Aylin Villalobos scored off a free kick, putting the game away, 5-0.

The second half saw a slower game, with the Miners playing a more defensive game and waiting to strike on the counterattack.

The tactic was successful, as sophomore defender Lauren Crenshaw opened her tally for the season with a penalty kick coming off a play where the Miners enjoyed a lot of green grass to run in NMHU territory.

Freshman midfielder April Pate and sophomore forward Danielle Carreon rounded up the rest of the scoreline with their first and second goals of the season respectively.

UTEP will aim to extend their winning streak to five when they play Southern Miss in Hattiesburg, Mississippi on Sunday at noon.