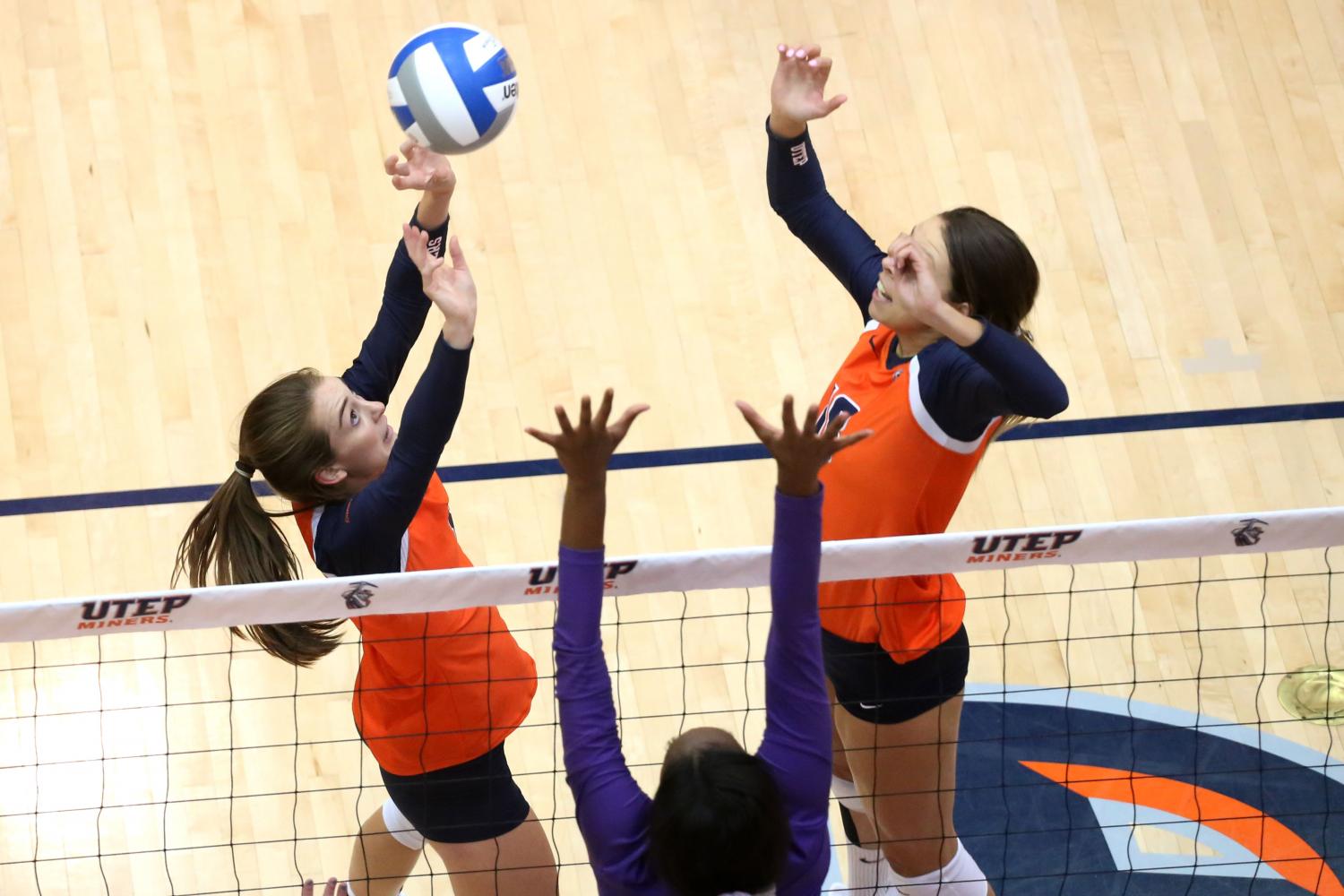 The UTEP volleyball team’s brief two-game winning streak was snapped as the Miners dropped a five-set heart breaker to Abilene Christian, 3-2, in the Borderland Invitational finale in Memorial Gym on Sunday, Sept. 10.

The Wildcats struck first, taking set one 25-23, but the Miners regrouped to take back-to-back sets 27-25, 25-18 before a marathon ensued in set four, with the Wildcats coming out on top 29-27 and taking the decisive fifth set 15-8. The Miners dropped to 3-6 on the season while the Wildcats improved to 4-7.

“I think overall on the weekend we learned a ton,” head coach Holly Watts said in a press release. “To go two-and-one is okay, we certainty didn’t want the ‘one.’ We had some opportunities today that we didn’t take advantage of in the fourth set, and in the fifth set we were up big too. I think we can learn a ton from a match like this and we’ll see now how we respond the next time we come out.”

Five Miner players recorded double-digit kills. Macey Austin led the way with 15, followed closely behind by Cheyenne Jones with 14 and Mallory Yost with 13, both season-high numbers for the freshman duo.

Briana Arellano recorded her first double-double with 11 kills and 10 digs and Kylie Baumgartner rounded out the quintet with a season-high 10 kills and added two block assists.

“I think our offense was really balanced,” Watts said. “We had all of our hitters in double-digit kills, we had a lot of good defense, I think everybody that stepped foot on the court today did a great job. We just have to figure out a way to finish.”
Amanda King also had a double-double match with a career and season-high 53 assists and 15 digs while Niki Cebak paced the UTEP defense with 18 digs and three service aces.

The Miners will be back in action Sept. 15-16 when they travel to Portland, Ore. for the Nike Invitational.