Texas 12: Can we just start at number six and below? 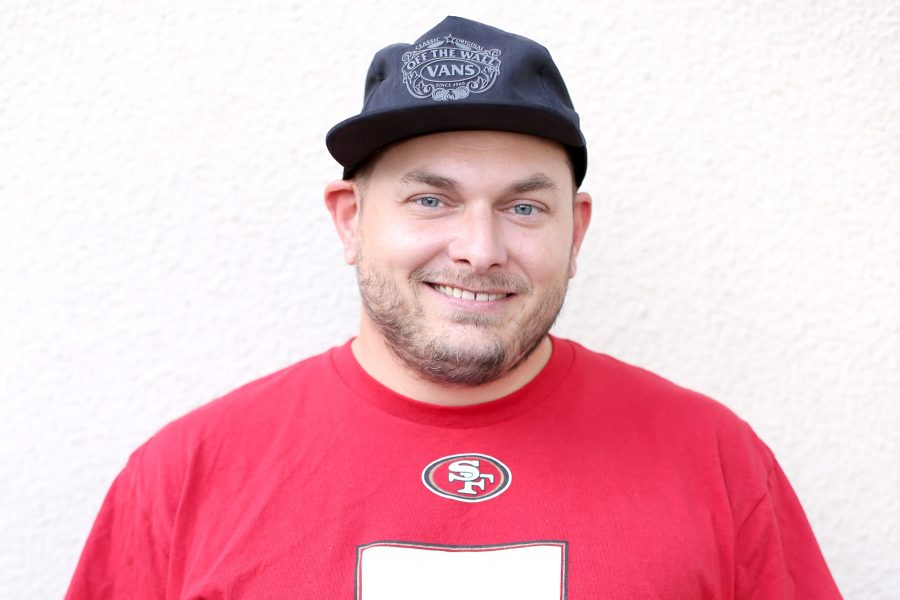 On the opening weekend of college football, no team really looked as if they wanted to reach up and grab that brass ring – the coveted first place spot in “The Prospector’s” Texas 12 Rankings – thus the title. My Dad actually just suggested that instead of having numbers one through 12, we have numbers six through eighteen. It seemed like a good idea, really. All of the big teams lost, for the most part, on Saturday and then there was Texas A&M on Sunday. But, we’ll get to that later. Anyway, enjoy the inaugural Texas 12 for 2017 and let me hear what you think by tweeting me @greenevansj on Twitter.

12 – RICE OWLS (0-1) C-USA
Lost in Australia to #14 Stanford (1-0) – 62-7 – It was actually very hard to decide how to divide up the Owls and the Miners between the 11 and 12 spots. If I did not hold myself to such strict standards, I really would have just made an 11.5 and had them both there. The deciding factor for me was that the Owls turned the ball over four times to UTEP’s one. They also allowed seven tackles for loss to UTEP’s four. If these stats hold up – with the team’s being equal in every other way – UTEP should walk away victors. Eleventh spot champions, if you will. The biggest bright spot in this game for Rice was senior linebacker from Houston, Emmanuel Ellerbee, who racked up 10 tackles, a QB hurry and a pass deflection.
This Saturday: at UTEP Miners (0-1) 6 p.m. MT

11 – UTEP MINERS (0-1) C-USA
Lost at #7 Oklahoma (1-0) – 56-7 – Rice could very easily be in this spot, as I mentioned before, but it will all get sorted out on Saturday at the Sun Bowl. I almost feel like I should present a “Texas 12 Number 11” Trophy to the winning coach following the game. I wonder how that would go over? But, I digress. The Miners will be without star linebacker Alvin Jones for the first half, after a questionable targeting call by Big-12 officials in Oklahoma last Saturday. If quarterback Ryan Metz continues to pass efficiently and not turn the ball over and running back Walter Dawn looks like the revelation that he was last Saturday, eleventh place is in the bag for the orange and blue.
This Saturday: vs. Rice (0-1) 6 p.m. MT

10 – TEXAS STATE BOBCATS (1-0) SUN BELT
Won against Houston Baptist (0-1) – 20-11 – The Bobcats spent a lot of last season at the bottom of the Texas-12 and they came out this season determined not to have that happen again. The first step to that is scheduling a team like Houston Baptist to open the season. Things were shaky early, as the Bobcats ended the first quarter down 9-0 to a fired up HBU squad. However, a relentless Texas St. defense, which ended the day with five sacks – two by senior linebacker Easy Anyama – would hold the Huskies scoreless for the rest of the game. The Bobcats turned to a strong running game with senior quarterback Damian Williams scoring one on the ground, as well as freshman running back Anthony Smith. Smith finished his first collegiate game with 71 yards on seven carries.
This Saturday: at Colorado (1-0) 12 p.m. MT

9 – NORTH TEXAS MEAN GREEN (1-0) C-USA
Won against Lamar (0-1) – 59-14 – The North Texas offense was extremely impressive, albeit against a lower level opponent. Sophomore quarterback Mason Fine was 15-21 with 224 yards and three touchdowns. Senior running back Jeffery Wilson only needed 12 carries for 176 yards and three touchdowns. The defense gave up two passing touchdowns to an inferior Lamar team which could prove to be trouble against the world-class passing of SMU’s this coming weekend.
This Saturday: at SMU Mustangs (1-0) 5 p.m. MT

8 – UTSA ROADRUNNERS (0-0) C-USA
Game Postponed vs. Houston Cougars (0-0) – This game would have been perfect for the Texas-12, as far as helping to see which team should go where. I think that UTSA will be a vastly improved team this season, as they have been improving every season so far in their D-I existence. Quarterback Dalton Sturm has improved yearly and could be one of the best in C-USA in his final season. Although there is a very good chance that the Roadrunners would have lost to an extremely good Houston team, a strong out of conference showing would have opened a lot of eyes.
This Saturday: at Baylor (0-1) 6 p.m. MT

7 – BAYLOR BEARS (0-1) BIG-12
Lost against Liberty (1-0) – 48-45 – New head coach Matt Rhule was working hard on recovering Baylor’s image after the program completely collapsed following a recent sexual assault scandal that ended with the dismissal of head coach Art Briles. It now looks like Rhule might just be bringing back a different image of Baylor, the perennial doormat of the Big-12 image. The Bears lost in Rhule’s first game to FCS, Jerry Falwell owned, Trump-loving, evangelical Liberty University at home by giving up 600 total yards in offense to a team which finished 6-5 in college football’s second tier last season. Still, I could not move them below seven just yet because of the talent left on the team from the Briles-era. Not just yet. By the way, the kids at Liberty were allowed to stay up past 2 a.m. to celebrate the win. Perhaps they drank some apple cider and partied like it was 1907!
This Saturday: vs. UTSA (0-0) 6 p.m. MT

6 – SMU MUSTANGS (1-0) AAC
Won Against Stephen F. Austin (0-1) – 58-14 – The Mustangs skated through their game with SFA without using many of their key players. Star wide receiver Courtland Smith did not catch a pass and most of the starters were not in for more than the first half. Sophomore quarterback Ben Hicks was the leading passer with 112 yards and two touchdowns. Junior quarterback D.J. Gillins did not complete a pass, but rushed for two touchdowns as well. Perhaps the upcoming game against North Texas can provide a little clarification of what is going on in Dallas and what kind of team to expect from what I think will be one of the surprise teams of the Texas-12.
This Saturday: vs. North Texas Mustangs (1-0) 5 p.m. MT

5 – TEXAS LONGHORNS (0-1) BIG-12
Lost against Maryland Terrapins (1-0) – 51-41 – Texas went into this game ranked No. 23, based on either the strength of Charlie Strong’s team from last season, or new head coach Tom Herman’s coaching ability. One of those failed them on Saturday. From my observations, I would say it was a little of both, really. Just like last season, the Longhorns continue to miss tackle, after tackle, after tackle. This comes down to players and Herman not working on it enough when he got there. Sophomore quarterback Shane Buechele was 34-52 for 375 yards, with two touchdowns and an interception. In the first game without running back D’Onta Foreman, Texas’ leading rusher was junior running back Chris Warren with 31 yards. Additionally, Maryland led the sack battle 5-1. Nothing about the team had the hallmarks of Herman’s Houston Cougars teams.
This Saturday: vs. San Jose State Spartans (1-1) 1:30 p.m. MT

4 – TEXAS A&M AGGIES (0-1) SEC
Lost at UCLA Bruins (1-0) – 45-44 – After the first half of Texas A&M’s game on Sunday, I went on my social media accounts to talk about the outstanding first half that the team had. Namely, I went on there to bring up the fact that I was happy that I now had a clear-cut number one team for the Texas-12. At that point, the Aggies were up 44-10. Then the wheels fell off in the most impressive manor of all-time – well, second most, it turns out. UCLA’s 34-point comeback was the second largest comeback in FBS history. Junior quarterback Josh Rosen threw for 491 yards and four touchdowns, but most of all, he was lucky. Several balls that should have been intercepted, were not. A field goal that should have been easy for the Aggies was blocked. Suddenly, Aggie head coach Kevin Sumlin’s hot seat is burning his pants off. After having the Athletic Director make odd statements about his job security in the offseason, Sumlin now has regents speaking out against him on Facebook of all places. It’s clear that Sumlin is walking a tight rope… and A&M is a classy place to work.
This Saturday: vs. Nicholls State Colonels (1-0) 5 p.m. MT

3 – TEXAS TECH RED RAIDERS (1-0) BIG-12
Won against Eastern Washington Eagles (0-1) – 56-10 – It looks as though the Red Raiders may not miss quarterback Patrick Mahomes too much with senior Nic Shimonek at the helm. Shimonek threw for 384 yards and three touchdowns on Saturday. Speaking of coaches on the hot seat, Kliff Kingsbury – who is very good at turning out quarterbacks and not much else – probably has got to prove himself this season or face the wrath of his AD, as well. Where most Kingsbury-led, Red Raider teams lack is the defense, so there’s no doubt that sophomore defensive back Willie Sykes’ interception return for a touchdown was very heartening for everyone. Only one sack against the Eagles? Not so much. The Red Raiders get an odd early bye week to prepare for Arizona State and running back Kellen Ballage who put up eight rushing touchdowns against them last season.
This Saturday: Bye Week

2 – HOUSTON COUGARS (0-0) AAC
Game postponed vs. UTSA (0-0) – New head coach Major Applewhite had to wait an extra week to get what he hopes will be the first of many NCAA D-I coaching victories. Hurricane Harvey put a damper on opening day in college football for the Cougars, who are still practicing away from home. Now the team will travel to Arizona to face off with the Wildcats. Tom Herman’s old team is still intact, thus the high-ranking, it just depends on what Applewhite is able to do with them.
This Saturday: at Arizona (1-0) 8:30 p.m. MT

1 – TCU HORNED FROGS (#23) (1-0) BIG-12
Won against Jackson State (0-1) – 63-0 – The Horned Frogs did exactly what a ranked team is supposed to do in one of these opening games. Senior quarterback Kenny Hill, who seems like he’s been at TCU for about 10 years, put up his usual stat line – 18-23, 206 yards, four touchdowns. The TCU defense mustered up five sacks and two defensive touchdowns. Simply put, they played like the number one team in Texas. Let’s hope they make it through a massive test next weekend at Arkansas and we do not have absolute chaos at the top of these rankings like usual.
This Saturday: at Arkansas (1-0) 1:30 p.m. MT