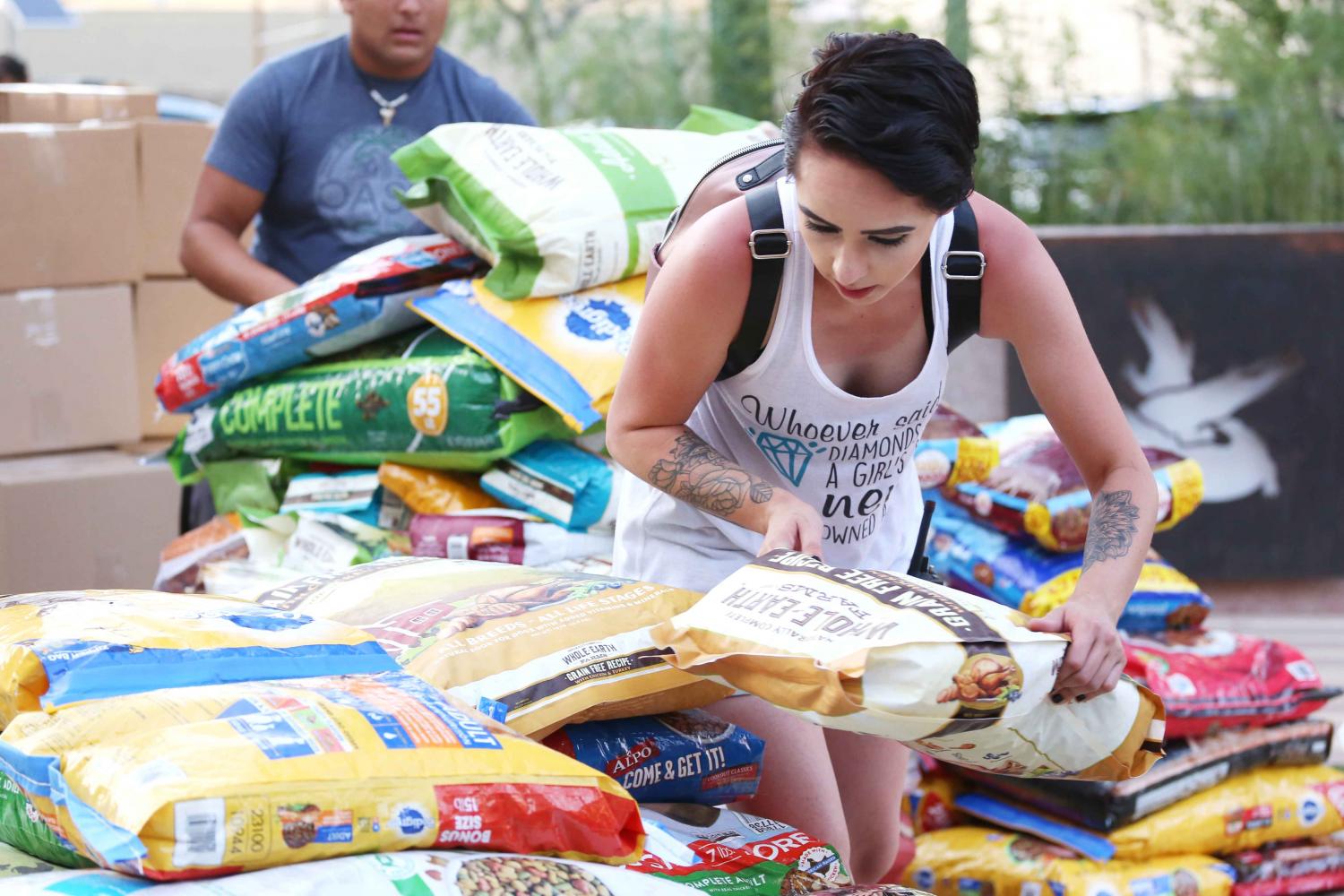 Community outreach program manager of the Humane Society of El Paso Ryan Coulehan was the organizer of the event.

El Paso Unites for Hurricane Harvey Animal Rescue was an event organized in support of the victims in the Houston area. The event was organized by Ryan Coulehan, community outreach program manager for the Humane Society of El Paso and Brad Keats, a citizen of El Paso who decided to help out. The event was held at San Jacinto Plaza on Sunday, September 3, its primary goal was to raise funds for pets and humans that were affected by the hurricane.

The event featured a pet adoption event, live music from several local bands, a kids area, and a live visual art that was available for a silent auction.

The goal of the pet adoption event was to get as many animals adopted, the more pets that were adopted in today’s event would allow pets

who were left without a home to be rescued and brought to the Humane Society of El Paso in hopes of finding them a new home.

A group of volunteers will drive to the affected areas and deliver the donations to the Red Cross in an 18-wheel truck.