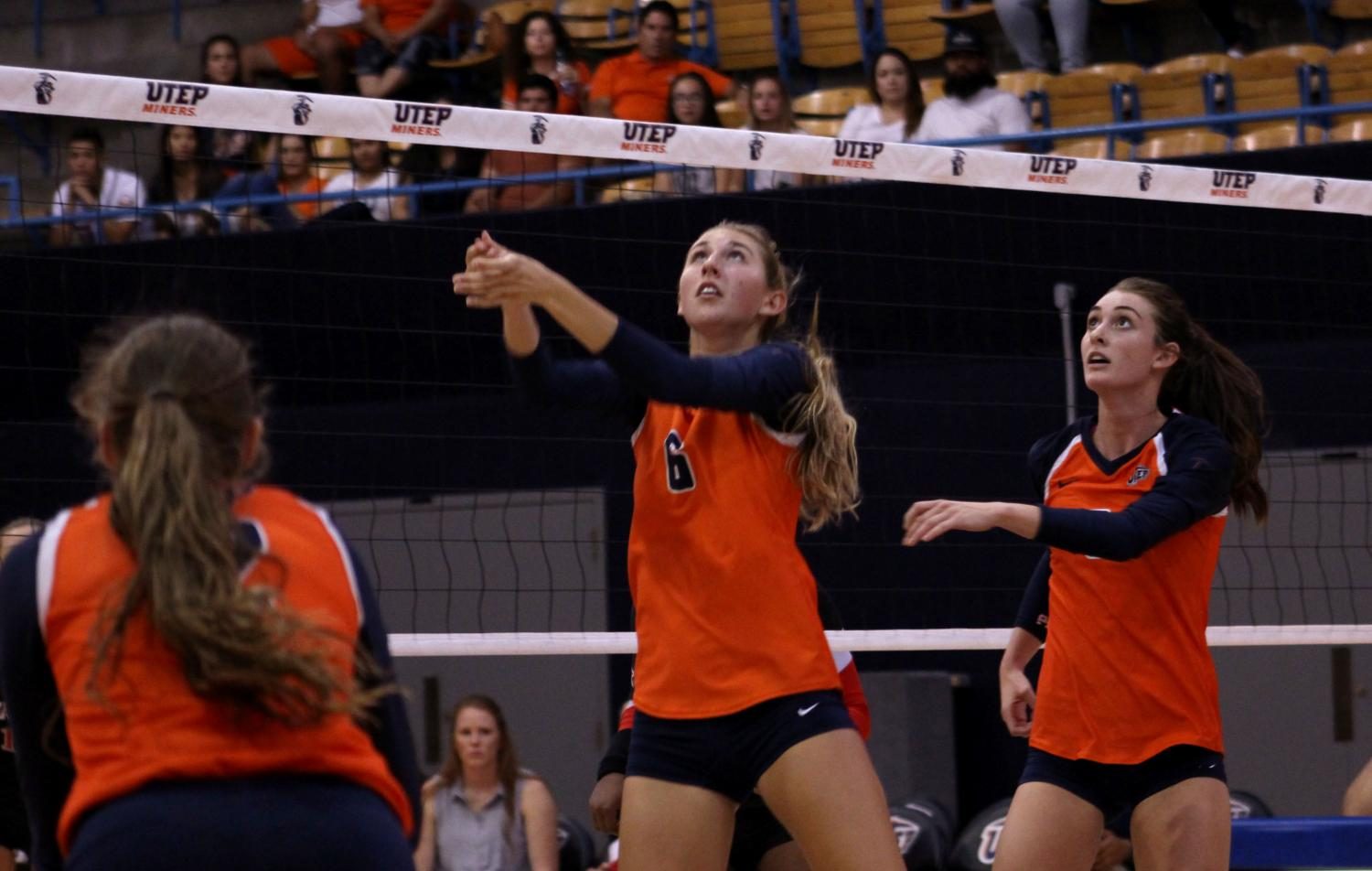 The Miners lost their home opener to the Texas Tech Red Raiders in a five-set thriller on Wednesday at Memorial Gym, despite a standout performance by senior setter Amanda King.

UTEP got to a rough start in the first set, allowing four unanswered points, with the fourth coming off an ace serve from Red Raider Emerson Solano. However, the team rallied back by playing solid team defense, and eventually took its first lead of the game at 16-15. Later in the set, Tech caught up at 17-17 but the Miners responded by retaking the lead and never looking back. The lights went out at Memorial Gym when the Miners led 24-22, delaying the game approximately 20 minutes, but that did not deflate the team’s momentum, as they ended up taking the first set, 25-23.

Much like the first set, the second set was contested in all areas of the court, with UTEP never holding a lead.

The Miners got off to a slow start again, finding themselves at a six-point deficit early on (11-5). They got close with a couple of kills by King, who showed dexterity lobbing the ball with a slight flick to put the Miners 17-20.

Despite, King’s contributions to the offense, the home team fell to Tech 25-20.

The third set was no different, with the Miners tying it up 6-6 after a 0-3 start. Despite this, Tech roared back scoring six unanswered points, never relinquishing their lead and overcoming the Miners 25-18 to take set three.

Set four saw the Miners overcome their largest deficit of the night, at one point being 2-7. Sophomore outside hitter Macey Austin–who led the team in kills with 15–had four crucial kills that helped the miners tie the game up in sets 2-2.

The game went to set five, where the Miners saw themselves down early again. However, six combined kills from King and Austin put them back on track, only to lose 18-16 after a service error by senior defensive specialist Dania Orozco.

Sophomore Niki Cebak had a busy night playing defensive specialist, but she fared well, leading the team in digs and aces with 12 and two respectively. She also seemed to take a more vocal leadership role, commanding and encouraging her teammates after every play.

King was another statistical leader, finishing her night with 48 assists.

“I’m really happy with how we fought, we got out of the hole from six points twice,” King said “So we definitely fought really well, we’re really happy. I wish we would have won, but it showed us how good we can be, so we are just going to keep improving on that.”

Next up, the Miners will look to break their three-game losing streak against Youngstown State on Friday, Sept. 1 at 11 a.m. at Memorial Gym.