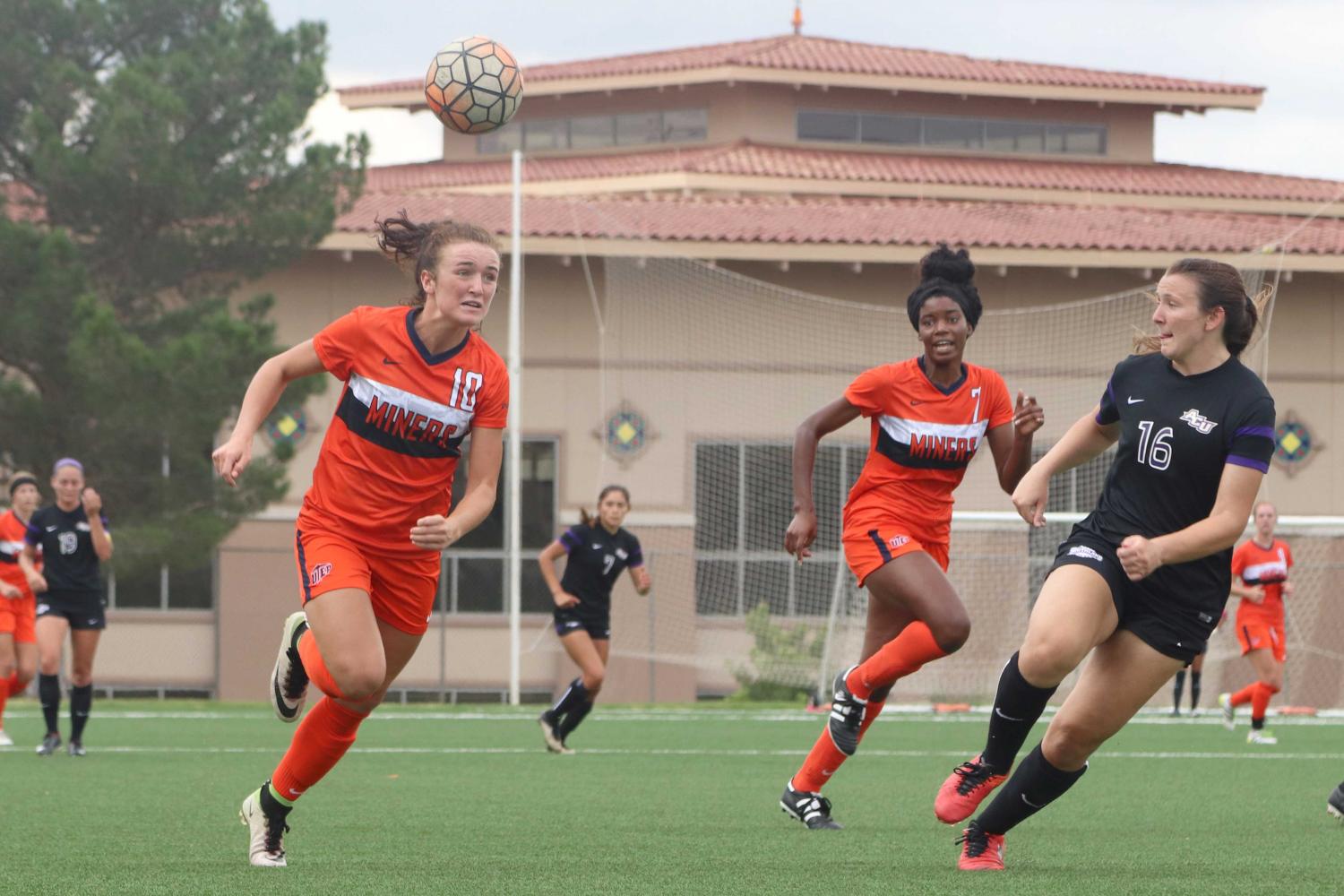 After a dramatic double-overtime loss at NMSU Soccer Field on Friday, the Miners picked up their second loss of the season (2-1) against Abilene Christian University at University Field on Sunday.

The Miners got off to a slow start in the first half, lacking possession and build-up play on offense. The only offensive elements to their game came via set pieces.

The first goal for ACU came at the 30-minute mark. A dangerous corner curled its way into the back of the net after goalkeeper Alyssa Palacios failed to punch it out.

The second half featured a more open game, with both teams creating a few scoring chances.

Junior defender Payton Ross showed character, stepping into a more vocal role as the leader of UTEP’s defense and helping them hang on to a draw at the end of regulation.

ACU scored in the first period of overtime to secure a win on the road.

Up next, the Miners will face CSU Bakersfield on Friday at 7 p.m. at University Field.