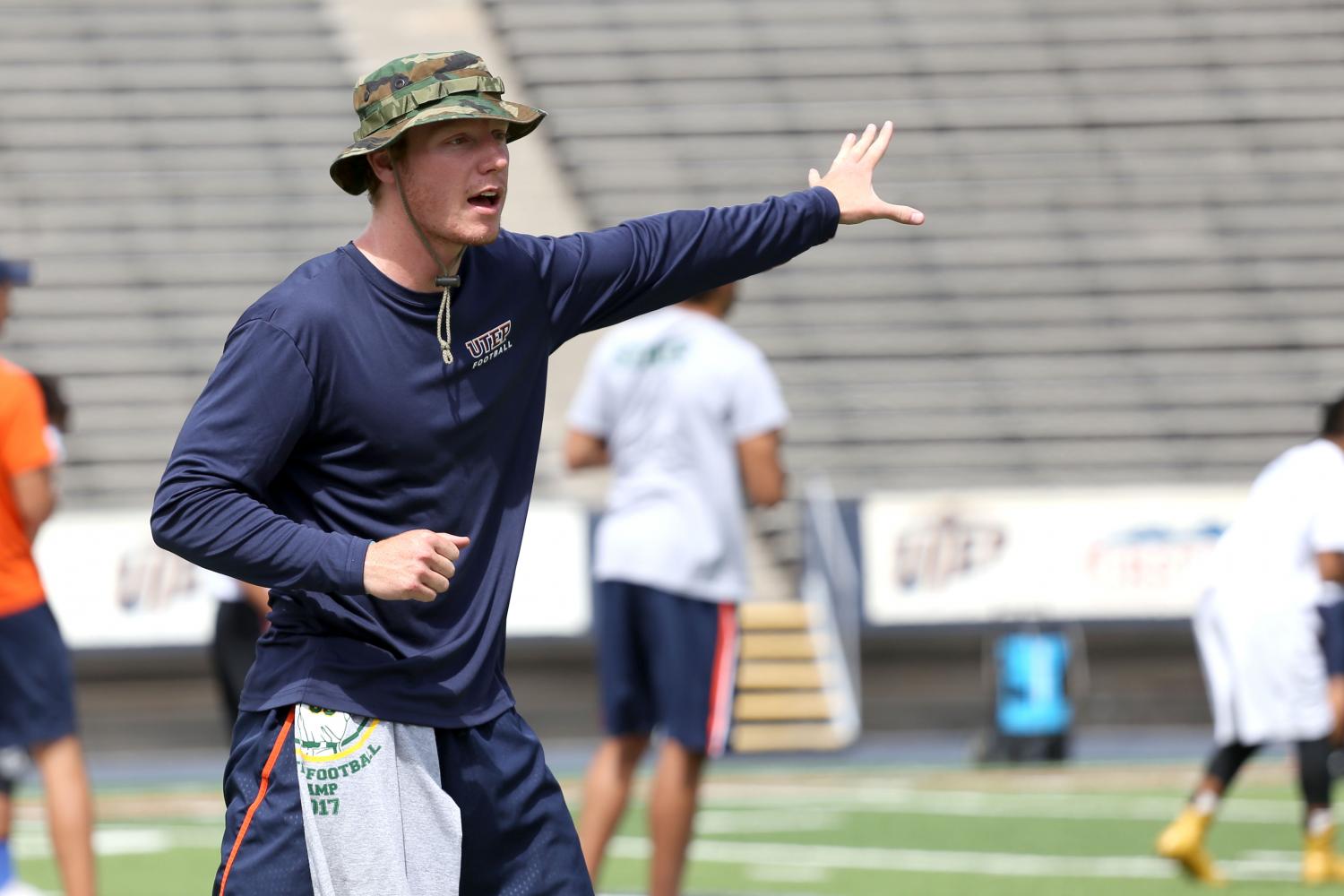 UTEP quarterbacks Zack Greenlee and Ryan Metz combined for five of six touchdowns for the offense as the Miners wrapped up their annual Ruidoso camp with a second and final scrimmage Sunday morning.

Greenlee threw for three scores and Metz connected for a pair.

“It was a good scrimmage and we wrapped up a really productive camp,” said head coach Sean Kugler in a press release. “As a staff, we talked about our goals that we set going into camp. We talked about becoming unified as a team and camaraderie. We discussed developing on both sides of the ball, finding out about some youngsters and newcomers, and how they can help our program. We accomplished all out goals.”

Sophomore Walter Dawn Jr. opened the first drive on offense with a 17-yard run and ended with a two-yard score later on in the drive. Metz’s pass to Terry Juniel for a 29-yard gain was a big play on the drive as well.

Juniel led the receivers with 82 yards on five catches for the day. Dawn Jr., who switched to running back, carried the ball five times for a total of 42 yards.

During the second drive, backup quarterback Greenlee connected with transfer Alan Busey for a 47-yard completion on the first play. Busey had a total of 59 yards receiving on the day with a pair of receptions. Greenlee completed an eight-yard pass to Keynan Foster and a five-yard throw to Sterling Napier following the big gain with Busey. The defense responded with a sack by Derick Simpson.

The sack was the first of five for Tom Mason’s defensive unit. Dylan Parsee added the second, which stopped an offensive drive, while new lineman Treyvon Hughes, Keith Sullivan and Mike Sota each tacked on one sack each.

While the defense was heating up, the offense soon returned as Greenlee found Kevin Dove for a 12-yard touchdown. Paree notched a sack to end one of the red zone drives.

Greenlee finished with 209 yards on 9-of-12 passing. On the final drive, Greenlee found El Paso native Richie Rodriguez for a 65-yard scoring pass and Warren Redix for a 34-yard touchdown earlier.

Metz did not turn over the ball on the day and finished 11-of-13 with 141 yards and two scores.

“I thought the quarterbacks, really during the past week, have stepped up their game from an efficiency standpoint,” Kugler said. “They’re more accurate and doing a good job at handling the audibles versus the blitzes. We had the defense blitz the quarterbacks a lot this past week.”

The Miners will now head back to the Sun City on Sunday following the scrimmage and will start practice back up on Tuesday morning in preparation for Oklahoma on Sept. 2 in Norman.