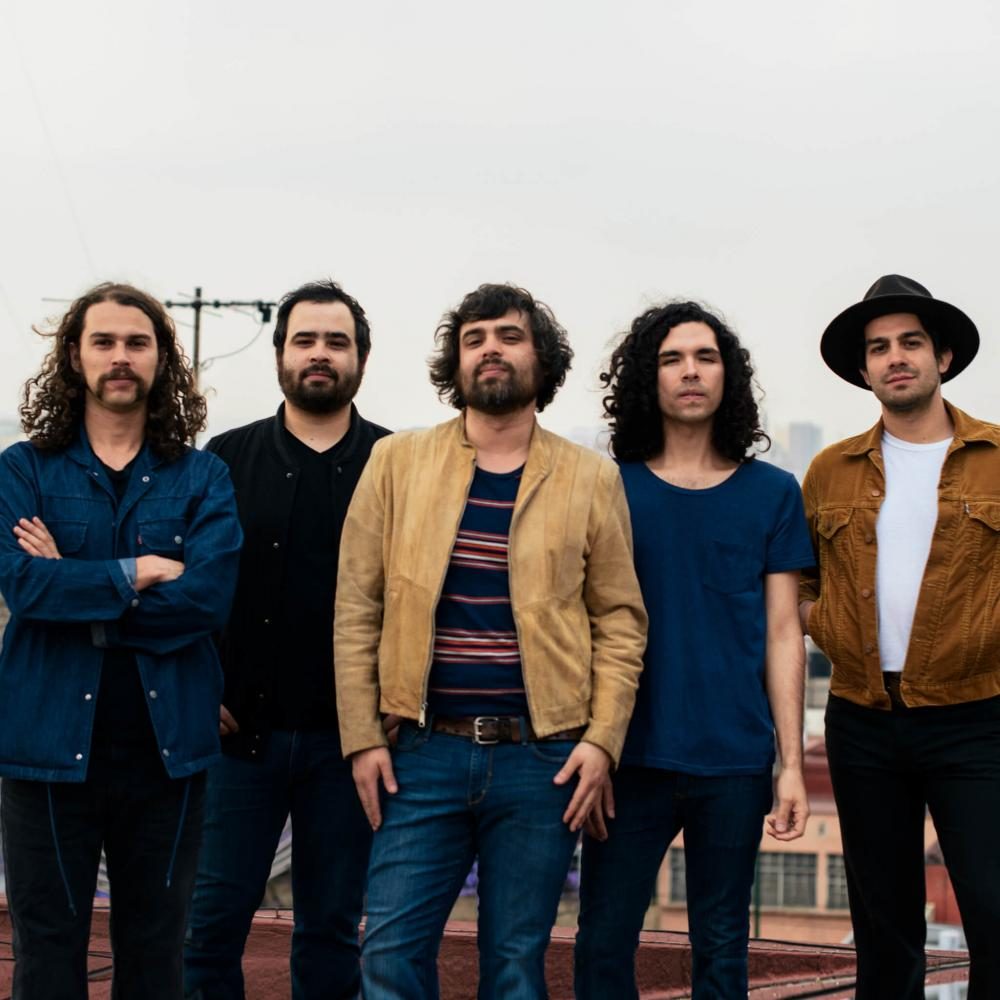 You hear a lot of stories of artists coming to America in hope of finding success, but one group had their start here and found their success elsewhere. Enjambre, which means swarm, a Spanish-language rock band originally formed in California, decided to make a daring move and completely relocate to Mexico to reach a different audience.

The band is made up of brothers Luis Humberto, Rafael and Julian Navejas, as well as Javier Mejia and Angel Sanchez.

Guitarist Javier Mejia said they have a larger audience elsewhere, which led to their move 10 years ago.

“We started in Southern California around 2006/7. We toured around on the local circuit for about a year, a year and a half,” Mejia said. “We realized there was a big crowd following us out in Mexico, so we started heading out more often in those times and we ended up staying there.”

Now on their sixth record, Enjambre is still going strong. Mejia said that catering to two different audiences (Mexico and USA) is the “best of both worlds.”

“It’s not so much that it is different, they just received us so well and that’s obviously why we stayed,” Mejia said.

Enjambre has recorded at Sonic Ranch multiple times, where artists such as Beach House, Animal Collective and Zoe have also recorded. The ranch is located on the outskirts of El Paso, in Tornillo, Texas.

“It’s great (Sonic Ranch). It’s like being a kid in a toy store for us. We’ve done three records, and this last record we did a bit of it there. Ever since our first experience there, we’ve loved it,” Mejia said. “It’s really nice to be separated from the city. You’re just kind of secluded there and your mind is just set to work 24/7 and there’s nothing nearby. You’re stuck in this ranch all day, so you’re set to work, work, work. It’s a really good ambiance and great people.”

It seems as if the band has never had time for a break in the last 10 years as they have toured and created albums nonstop. Their latest album has taken them the longest to complete.

“After we record a record, we usually tour for about a year, year and a half. We’ll stop doing shows just to write and we’ll start doing preproduction,” Mejia said. “This new record, “Imperfecto Extraño,” has been the one that’s taken the longest. It took almost two years. We kind of took our time with this one, we did it in different cities, different moments on tour. Out of all of them, this one has been the one that’s taken the longest. We just felt we needed the right songs at the right moments.”

Finding the right sound might take time for Enjambre, but they have always used classic rock as inspiration for their sound.

“Classic rock is always in the back of our minds–part Beatles, Stones, Zeppelin. That makes for a lot of romantic love songs from the ‘60s ‘70s. Very new romantic mixed with that. We like to mix our sound.” Mejia said.

Mejia said that doing what they love has been great and they don’t consider it a job.

“When we started realizing that this was taking more hours of our day than our regular job we said ‘we’re going to have to do this,'” Mejia said. “Looking back at all of these years, records, just having that privilege of being able to do what you love, I think that’s the highlight for most of us. Just having an audience that follows us and has stuck after all of these years is an amazing, amazing experience.”

Enjambre is currently on their U.S. tour for their new album “Imperfecto Extraño” and made a stop in El Paso, where they played to a sold-out crowd at Lowbrow Palace on Aug. 6.