Defense will be key to UTEP women’s soccer success 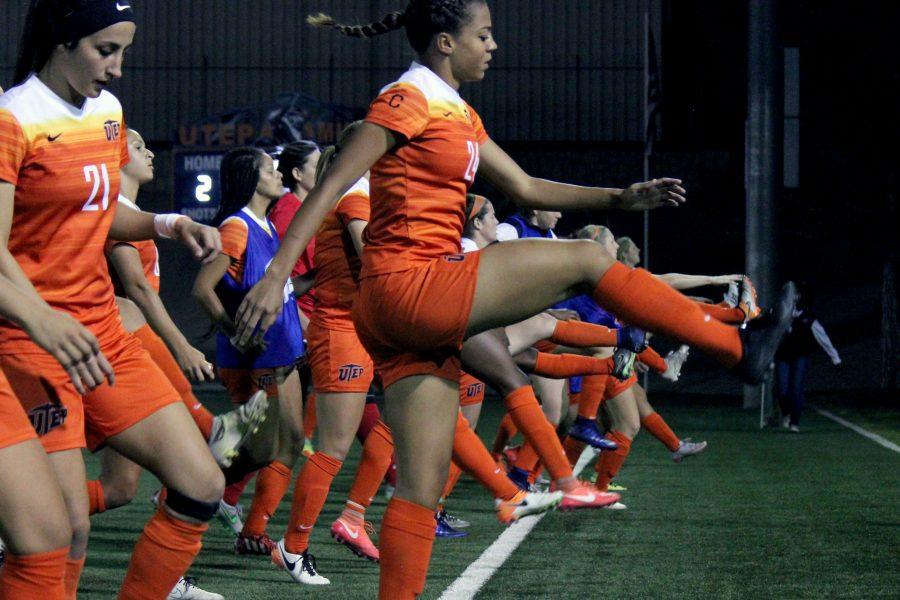 Young–not a rebuilding team—that is the mindset the UTEP soccer team is going with into the 2017-18 season. The Miners lost a total of 11 players from last year’s squad, including some key talent in Bri Thomas, Aleah Davis and Bri Barreiro.

However, head coach Kevin Cross is still optimistic with 13 players returning from last year’s team—six of them being starters from the year prior—and 10 newcomers on the roster. Out of the 27 on the roster, 20 of the players are either freshman (12) or sophomores (eight).

“This team will be young, but it’s going to be a very good team. We will be able to compete again in Conference USA,” Cross said. “The goal is to win a conference championship, and we think this team has the potential to do so.”

Cross says he expects his three team leaders, Palacios, Crenshaw and Mullen, to take the leadership roles that the former seniors left vacant.

UTEP is scheduled for 20 games total this season, with 12 being at home and eight on the road. Since 2002, UTEP is 119-29-10 at home. Last year, the team posted a school streak of four consecutive seasons with a winning record on the road.

“We have a really favorable schedule this year. I think it’s one of the best we’ve had in years. We don’t have the long trips like we did last year,” Cross said.

Led by junior goal keeper Alyssa Palacios this year, the Miners’ strong suit is going to be on the defensive end this year and forcing life to be difficult for the opposing teams to rack up goals.

Palacios will be looking to build off her historic season from the 2016 year, where she set a school record in clean sheets (nine) and finished second in school history in save percentage (.874), saves (132), saves per game (5.79) and already has the fourth most clean sheets in UTEP history with 15 in her career.

Now as the leader for the Miners, Palacios has a lot of youth to help groom.

“I was here (El Paso) all summer, and I had to really step up and learn and teach a lot of the freshman. I like stepping up and taking this role,” Palacios said. “We’re a lot younger, but we are a lot faster and a lot of the freshman have a lot to bring to the table. A lot of people are excited and we’ve been working all summer. I want to get better every year, so I hope this year is better than last year.”

The other student-athlete the young Miners are going to rally around is the senior forward Mullen. Cross expects her to have a superior season in her final year, and she expects no less.

“I feel great. I feel poised for a good season. I had some rough injuries coming up to senior season, but I’m healthy and everyone has really taken care of me,” Mullen said. “We’re younger—that’s not a surprise—but these girls are hard workers and I think we’ll have a good season. I think we’re going to have to see a lot of young girls step up this year, I think that’s what different from last year.”

Coming into his 17th year with UTEP, Cross is three victories away from reaching the 200-win mark and he would be only the fifth coach in Miners sports history to achieve that many wins.

The 2017 season will begin with an exhibition game at University Field at 1 p.m. against Arizona.

“We open up with one of the best teams in the nation right off the bat. It’s a perfect way to gage yourself” Cross said. “Every year we want to win a championship, but we will take it game by game. We also hope to be at the top of the conference.”