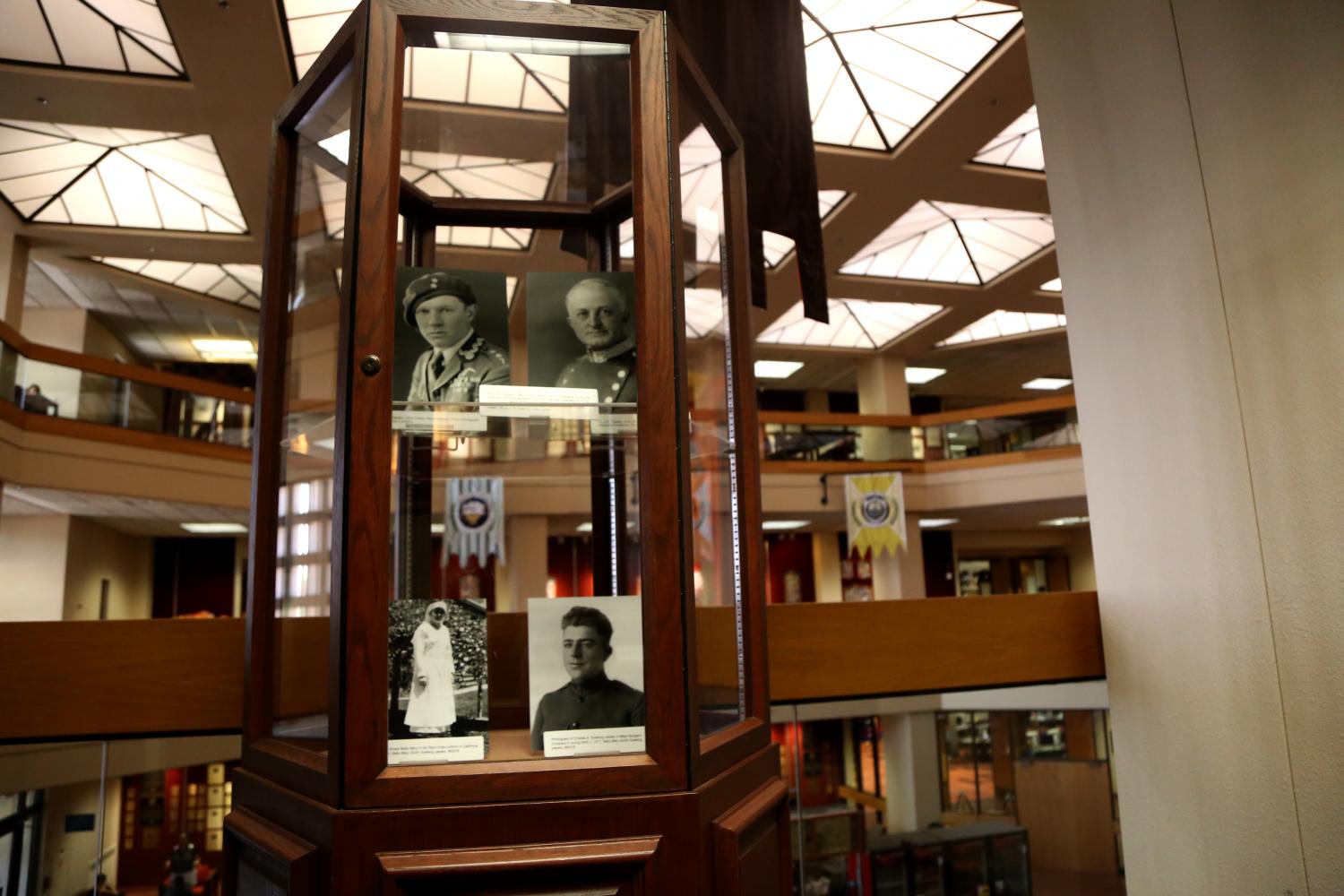 “Over Here, Over There: El Paso and El Pasoans During WWI” is an exhibition created by the Special Collections Department of the library at the University of Texas at El Paso to commemorate the 100th anniversary of WWI and the accounts of El Pasoans during the “Great War.”

Documents, photographs and artifacts such as Medals of Honor and helmets that once belonged to El Paso’s heroes are part of the display located on the third floor of UTEP’s library.

As attendees and family members gathered around the display cases to take a closer look at photos, newspaper articles and other artifacts, people started to remember their ancestors, whom with bravery joined the war.

One of the war heroes featured in the exhibit is Jose Manuel Escajeda, who served in France during WWI as an ambulance driver. Despite experiencing a direct hit from a mortar shell, Escajeda remained on the battlefield to save wounded French soldiers.

“Jose Manuel Escajeda was my grandfather and he joined before the U.S. got into the war; he went over to France and was an ambulance driver, and in 1918 he earned the Croix de Guerre, France’s highest honor for his heroism,” said Kathy Clark, a member of the Escajeda family and visitor at the exhibition.

“We are very proud of knowing that he joined when he didn’t have to, he volunteered when it wasn’t our war yet and he felt compelled to join the French,” Clark said. “He also was one of the vice presidents of El Paso National Bank for many years, and we are very proud of him.”

Another featured war hero is Eliot Chess, a decorated military pilot, who left El Paso High School to join the Royal Flying Corps in Canada and flew overseas to fight in the Great War at the age of 18. He flew with the Polish air force and received the Virtuti Militari, Poland’s highest honor, for his bravery. After the war, he worked for the El Paso Times as a reporter and editor and was also a playwright and author.

“As a veteran, I think we should recognize those who came before us and this is a commemoration to El Pasoans who came before me and fought in WWI,” said Tom Prokopchuck, a visitor at the exhibit. “I’m glad to see young people here because they understand the idea of freedom and that freedom does not come without sacrifice. Their great-grandparents fought for this freedom they’re enjoying. This is part of a legacy and we should be reminded of this part of history”

The exhibit is free and open to the general public and will be on display through December 2017.