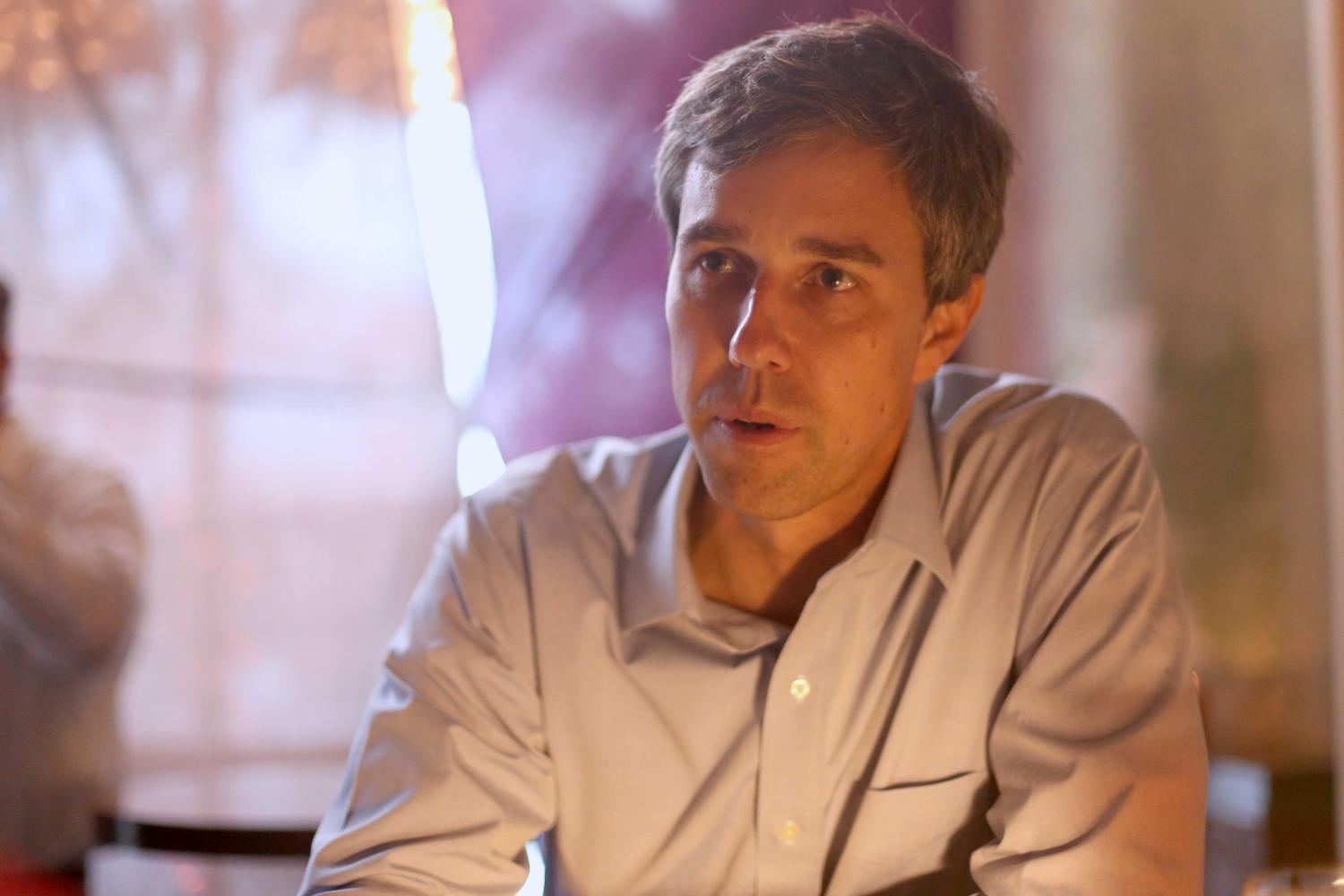 Before announcing his bid for a U.S. Senate seat in 2018, El Paso’s Democratic Congressman Beto O’Rourke and fellow Democratic representative from California, Ro Khanna, introduced the No-PAC-Act on March 27. The law is supposed to prevent all congressional candidates from inflating their campaign budgets with money provided by political action committees (PACs).

According to the Center for Responsive Politics, the contributions these committees have provided have been significant after the 2010 Citizens United Supreme Court ruling. In the congressional election of 2014, PACs contributed approximately $475 million to candidates, and about one-third of total funds to House candidates. In the case of O’Rourke’s opponent, current Texas Senator Ted Cruz,  PACs have contributed $1,537,709 to his campaign (7 percent) over the course of the last five years, according to that same report.

“There is too much money in politics generally, and specifically corporations have too much sway over the laws that are made, and where money and resources go in this country.” O’Rourke said. “One of the ways that they influence that is through PAC contributions, so it allows them to concentrate a lot of money to a number of candidates and get whatever it is that they are looking for.”

O’Rourke, 44, first ventured into politics in 2005 as a member of El Paso’s City Council and climbed up the political ladder in 2012 to occupy a seat in the U.S. House of Representatives, serving Texas’ 16th Congressional District.

Cruz is scheduled to report $1.8 million raised in the second quarter, as the Federal Election Commission reports are due at the end of July.

O’Rourke also said that the money came from 46,574 individual donations. That means every donation comes at an average of $44, with 81 percent of the money coming from his home state of Texas.

“I’m not waiting for that (No-PAC-Act) to pass, I’m running this campaign as if that were a law, not taking any PAC money,” O’Rourke said.

The congressman said that significant national issues have been affected because of the influence of these PACs.

“Immigration reforms are a great example,” O’Rourke said. “People talk about it, they have been talking about it for decades and it hasn’t come together in part because it is not a priority to corporations and PACs, who are focused on ensuring profitability, changes to policy that benefit them and less about what is in the public interest.”

“PAC money can sometimes be considered as dark money. You don’t know where it is coming from and I definitely think there should be a campaign finance reform in this country,” Stout said. “He is leading the way on making that charge and I think it is very respectable, and I certainly hope that he continues to raise the amount of money that he has been raising.”

O’Rourke is optimistic about the rate at which these grassroots-style donations are coming at, despite facing an opponent with a national fundraising base.

“It means people decided, ‘we are going to be part of this effort, we are going to drive this effort,’” he said. “And I love that it is people doing it with 20 bucks, 50 bucks, sometimes more at a time, deciding that this is possible and they are gonna make it happen.”

He also attributes some of his success to Texans wanting a change of  guard at the national Senate level.

“This is a really formidable opponent, but I think part of what has made him formidable is also the frustration that so many Texans have,” O’Rourke said. “This guy was in Iowa campaigning for president, he was in New Hampshire, he was in Nevada, he wasn’t in El Paso, he wasn’t in Lubbock, he wasn’t in Dallas, he wasn’t focused on the needs of the state. I think people are responding to that, and I think that is what partly explains our success so far.”

At the state level, O’Rourke is not sure what  the upcoming special session will bring, however he sees some of the rumored bills as being detrimental to the border community.

O’Rourke said that in the case of El Paso, the negative effects of initiatives such as these can already be felt, with “fewer people are coming forward to report crimes or serve as witnesses and testify in cases.”

In the case of Senate Bill 4 (SB4), the city has already launched a lawsuit against the state with the help of San Antonio-based law firm Garza Golando and Moran PLLC. However, when asked for comment, Mayor Donald “Dee” Margo said he had no updates at this time.

As part of his 2018 campaign, O’Rourke wants to focus on canvassing the state. His schedule for July included trips to Austin, El Paso and Canyon.

“Wherever I go in the state, folks are focused on jobs and they wanna know that we are gonna fight for them to be competitive by getting a college education,” O’Rourke said. “If that is what you want to do that is what it takes, by making sure that it is affordable.”

He also highlighted the importance of serving people with training and certifications in the case of those without a college education.

“We wanna make sure that if you have a skill, you can use to get a job that pays above living wage and is fulfilling to you that there is the connection to the certification or the vocational training or the apprenticeships that allow you to do that.”

O’Rourke is also concerned with student debt in El Paso, especially after a tuition raise has been put into effect. He proposed an idea to attract workers back to El Paso with the promise of a lighter student debt.

“If you do take on debt to finish your education, as I did when I went to college, and you are willing to work in an in-demand profession in an underserved community—and El Paso meets that criteria in many different areas—then we have to be a lot better and more effective at wiping that debt clean in order to bring back that talent to the communities where it needs to be,” he said.

The spirit of the congressman’s cause was embodied at the concert venue, with people from all ages flooding in to see former At The Drive-In’s guitarist Jim Ward, Austin-based musicians David Garza and Gabriel Gonzalez and Frontera Bugalu’s Kiko Rodriguez. The makeshift band performed covers of popular songs such as “I Fought the Law,” by The Crickets, and some of Ward’s original material from his country project Sleepercar such as “Fences Down.”

“We are here to support Beto, that is a simple concept,” Ward said. “I hope we can entertain you tonight.”