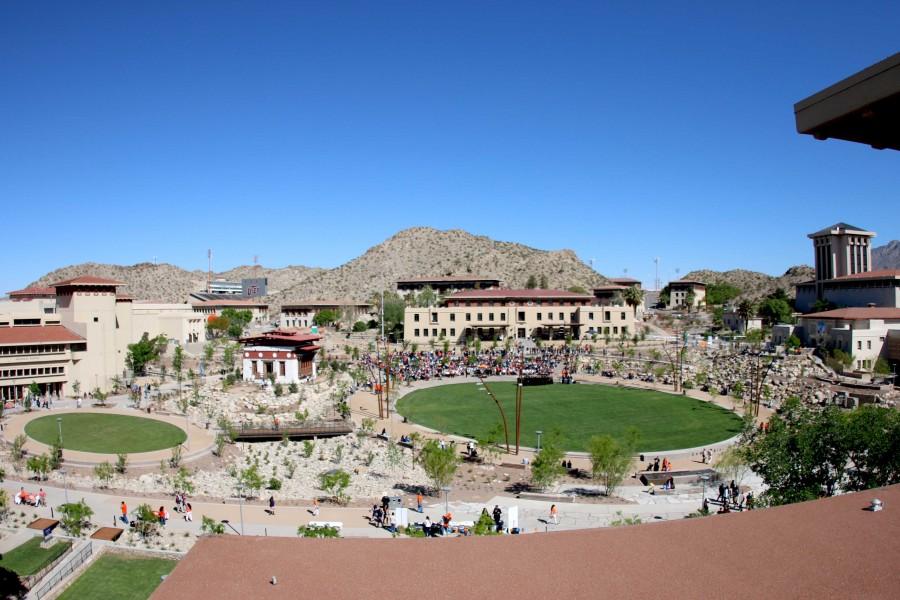 A view of Centennial Plaza as seen from the Administration Building.

Nonprofit research group Brookings Institution has named UTEP as the leader in equal access education, according to a study released on July 11.

The study highlights that the median family income for a UTEP student is $42,400, beating the other 341 institutions analyzed in this study, which include the likes of New Mexico State University, University of Texas at San Antonio (UTSA) and the University of California, Riverside.

UTEP also topped the chart with 28 percent of its student body belonging to the bottom 20 percent of U.S. household incomes.

In a press release, UTEP President, Diana Natalicio thanked the student body for the ranking.

“This No. 1 ranking is yet another strong validation of UTEP’s success in delivering on our access and excellence mission, and our quest over the past 25 years to be the first national research university with an authentically 21st century student demographic,” said UTEP President Diana Natalicio. “It contributes significantly to UTEP’s growing visibility as a U.S. higher education leader, and adds value to all UTEP graduates’ diplomas.”