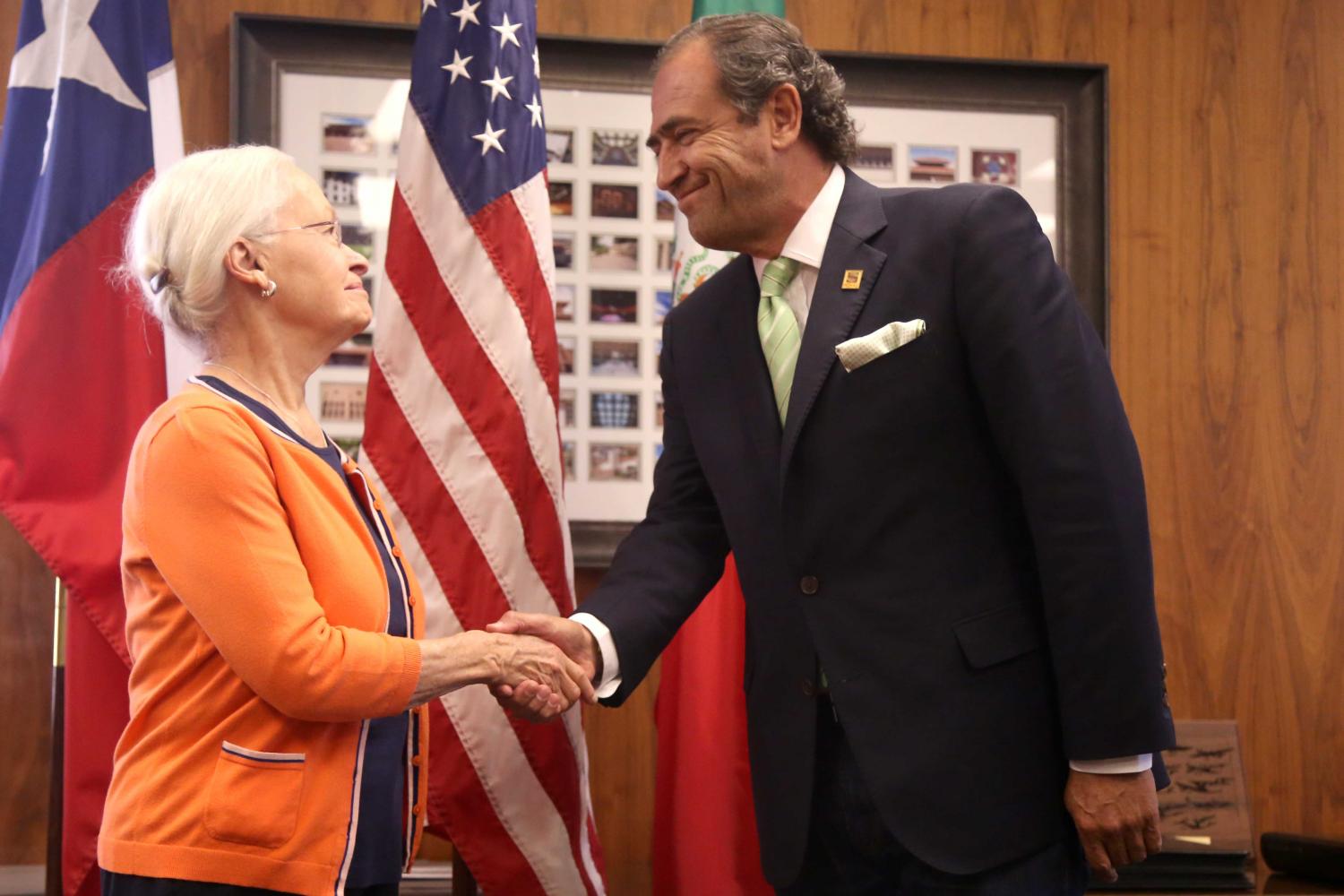 The letter of intent is set to help international students from Mexico in discovering opportunities to study in the United States thanks to the Education USA program.

“We believe that with strong collaboration with Education USA in Juárez, we will continue to promote the programs at UTEP and create more opportunities for students and others in Mexico,” Natalicio said. “This is an opportunity to put into formal standing our commitment that can also be capable of growing and flourishing.”

Cuevas explained that a big problem in Juárez is incorrect information about studying abroad in the United States.

“Generally, people in Juárez approach a family member or an acquaintance,” Cuevas said. “The information loses its virtue as it is passed around”

Through Education USA—an initiative FECHAC has adopted since Nov. 2016–both sides are making an attempt to better inform those interested in a college-level education in the United States.

“The Purpose of Education USA is to help those interested in studying in the United States,” Cuevas said. “They get free counseling regarding the immigration process they need to undergo and we also help with the admissions process at nearly 4,000 universities, as well as scholarships and special programs.”

This is only one of many programs and connections to border programs for UTEP.
“UTEP has made a long and strong commitment to working with colleagues in Mexico,” Natalicio said. “We have many relationships with universities and other organizations and we have many individuals and colleagues with a longstanding relationship with the university.”

She also highlighted the diversity at the campus, especially with Mexican international students.
“UTEP enrolls the most Mexican students, we have more than 1,000 in our campus and we are very pleased to provide opportunities for them,” Natalicio said.