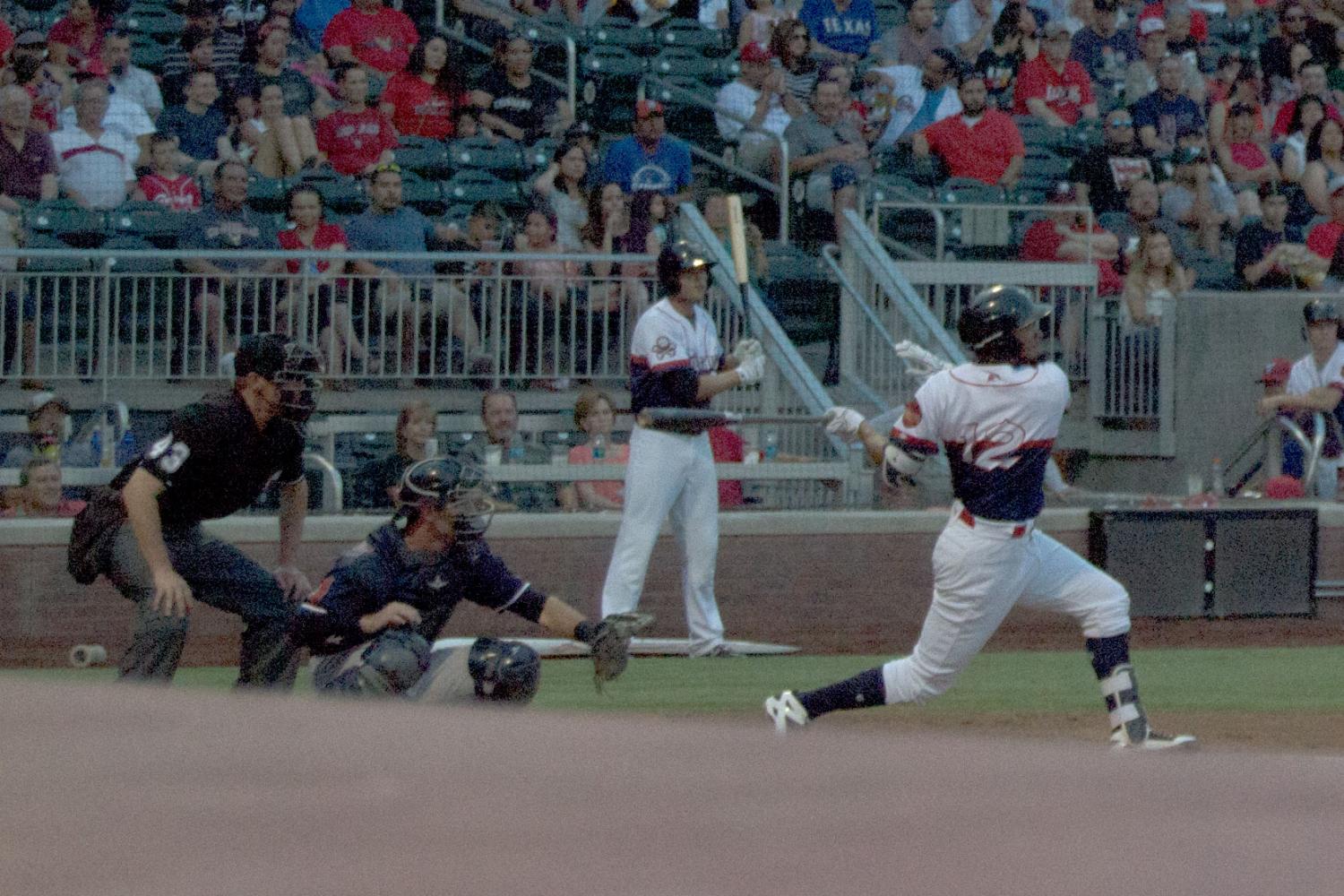 After a disappointing doubleheader culminating in home losses on Sunday, the El Paso Chihuahuas fought their way out of an early deficit to top the Reno Aces in extra innings. Both teams split the series 2-2.

Chihuahuas pitcher Matt Magill got off to a rough start by allowing four hits in the first inning, enabling the visitors to score two runs.

The Chihuahuas offense showed signs of life in the second inning when Magill hit a single followed by Center Fielder Franchy Cordero and Shortstop Jose Rondon. However, Aces Left Fielder Zach Borenstein proved to be a headache for the Chihuahuas stopping their momentum. Borenstein also contributed to game’s the first two runs with a double.

The bottom of the fifth saw an explosion on offense for El Paso, giving them their first lead of the entire series. Right Fielder Jabari Blash homered left center field allowing 3B Ryan Schimpf and Left Fielder Nick Buss to score. Southwest University Park was raucous when 1B Diego Goris hit a homerun on the very next play giving the Chihuahuas a 5-3 lead.

On the sixth inning Brad Wieck came in relief of Magill, who suffered a rocky start but gradually improved his pitching down the stretch. Both teams were tied with 11 hits at the bottom of the sixth.

To end regulation, Schimpf connected for what looked like a great hit, only for the ball to lose momentum resulting in an out. This play was reflective of the Chihuahuas night, when the offense showed flashes but ultimately could not stop a late surge by the Aces.

During extra innings, the Chihuahuas kept composed and capped off what was a hard-fought victory with the bases loaded and a single by Cordero allowing Blash to score the game winning run.

The Chihuahuas improved their record to 40-44 and will take a three-game road trip to Las Vegas to face the 51s at Cashman Park.