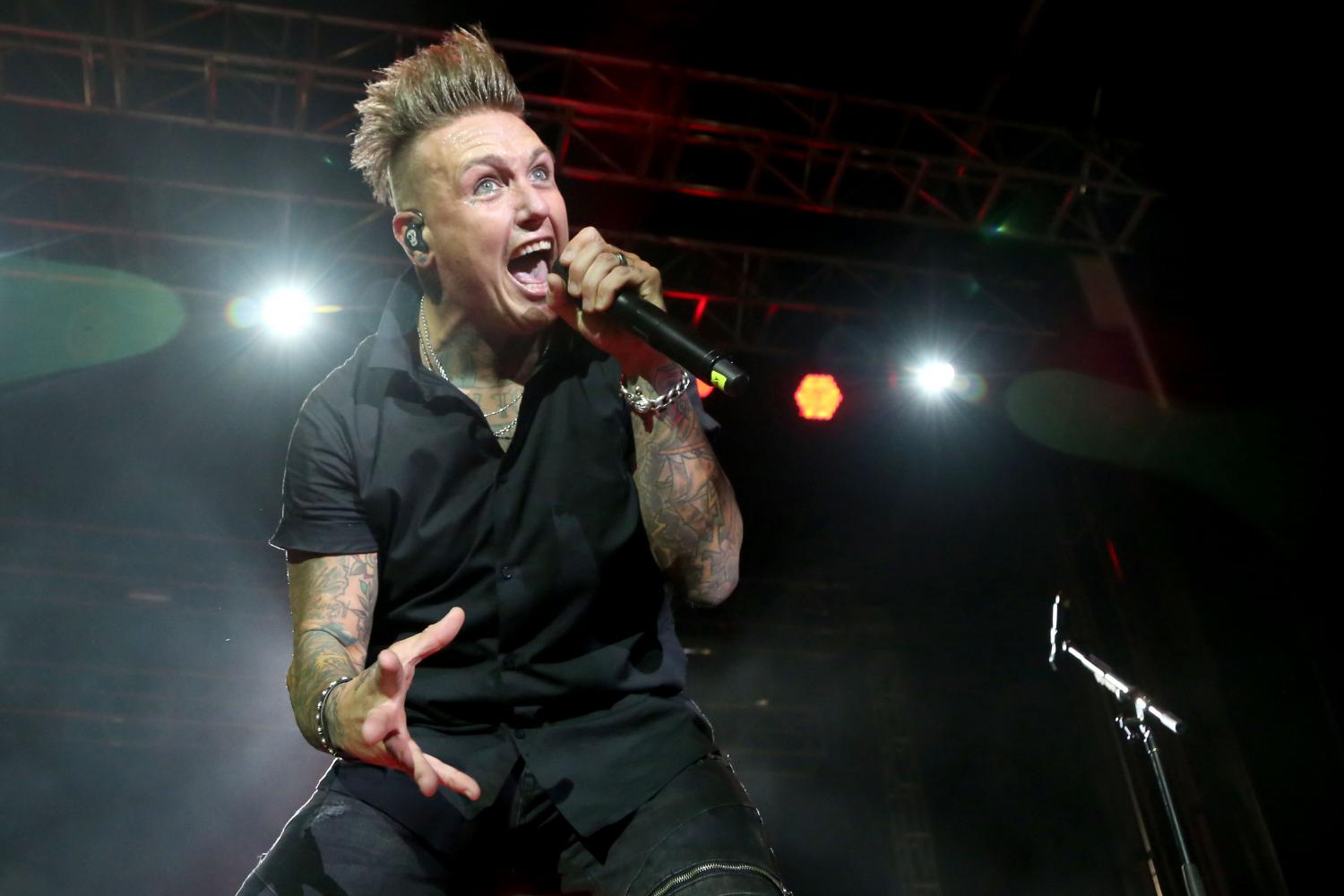 On a gusty, hot Friday evening, the 2017 El Paso Downtown Street Festival kicked off their annual two-day festival in a surprisingly entertaining fashion.

On paper, the lineup looked a little sub-par and not too appealing as most would hope for. The lineup for Friday’s performance included Starset, In This Moment and the headliner, Papa Roach.

However, the flooded street of Santa Fe in front of the main stage would suggest the lineup was deep and attracted El Paso’s top metal-heads.

There were people of all ages that filled the crowd for Street Fest and it was as impressive as previous years. While this lineup might have been under the radar, there were thousands of people still there to support the annual two-day event.

At first look, it seemed as if the KLAQ sponsors cut back on the festival because they did not use San Antonio Street as they did in the past. But they actually extended the festival to the backside of the Abraham Chavez Theater and utilized the Convention Center to place different things.

One of the most special parts of the Street Festival is the different happenings throughout the concert events. Over 20 food trucks lined up on the top of Santa Fe Street, live music played throughout the festival grounds and a lot of local vendors set up shop to sell different things.

Aside from the main acts, the festival featured different stages that showcased local talents ranging from alternative rock, decades, Latin and indie rock.

Another hit for the Street Festival was the annual car show. The car show was a safe-haven for anyone looking to take a break from the heat and check out luxurious cars, trucks and motorcycles.

Los Visionaries, a local art group, made an appearance at the Street Fest, which added an artistic edge to the event. In previous years, artists would sell their canvas paintings or paint on the spot, but this year, Los Visionaries were tasked to redo the wall along the Abraham Chavez side with their tasteful graffiti art. They had a team working the entire day putting the piece together and said they would be done by day two of the festival.

Then came the musical acts with Starset opening the show. The ambitious rock band out of Ohio is resemblant of bands like Breaking Benjamin and Shinedown. The band ventured through their new album, “Vessels,” which was released earlier this year. They opened up with their new song “Into the Unknown,” and even though the crowd didn’t know all the band’s songs, it seemed as if they appreciated the energy the band delivered. The band hit their peak midway into their set when they played their hit off their first album, “My Demons,” which rallied the crowd, and they capped off their opening set with their popular track, “Monster.” Not to mention the band easily had the coolest merchandize, selling spaceman-inspired retro tees.

Known as one of the top female metal-heads, vocalist for In This Moment Maria Brink and her band were next up for Street Fest. In addition to their thrashing metal action, the band put on a dark, horror filled performance that hard rock fans in the crowd fed off from. The band opened up with their 2015 hit, “Blood,” and went through nearly a decade’s worth of work through their performance. They finished their set with their long-time hit, “Whore.”

After their annual firework show, the headliners Papa Roach stormed on the stage in front of a roaring crowd. Coming off their latest album, “Crooked Teeth,” it was evident that the band was hyped for new comings and their redefined sound. They opened with a crowd favorite off their new album, “Born For Greatness,” and then followed it up with “Between Angels and Insects,” which had the audience singing along to every word. One of the most unique aspects of the show was when singer Jacoby Shaddix channeled his inner Spanish talents and sand the outro to “Scars” in Spanish. Throughout their set, the band showed that even though they rose to the rock stardom in the pre-2010 era, they are still around to make strong music.

Gates for day two of Streetfest will open at 6 p.m. with Alice Cooper headlining the show.