Korir named a semifinalist in Bowerman 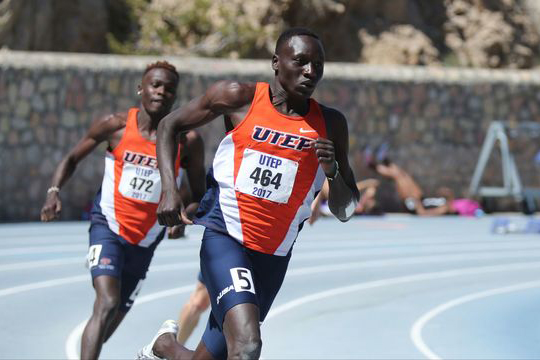 Korir has been on the Bowerman Watch List three times this season.

Korir accomplished something not many freshmen have—he won two national titles in both the indoor and outdoor 800-meter races. He is the first Miner ever to come out victorious on both indoor and outdoor events. The Kenyan native is also the first UTEP student-athlete to win the 800-meter NCAA title since Peter Lemashon in 1978.

Korir won gold at the Conference USA Championships in the 400-meter and helped the 4×400-meter relay team take home second place, clocking in at 3:06.94.

In large part, Korir helped the UTEP men’s track program rank 10th in the nation. UTEP’s cross country team finished 29th at the 2016 NCAA Cross Country Championships, and finished 22nd in track and field at the indoors and 23rd in outdoors. The Miners recorded 77 total points this season.

The semifinalists for The Bowerman Award include:

Three finalists from the field will be announced on Thursday, June 22, in Phoenix, Arizona at the annual USTFCCCA Convention.