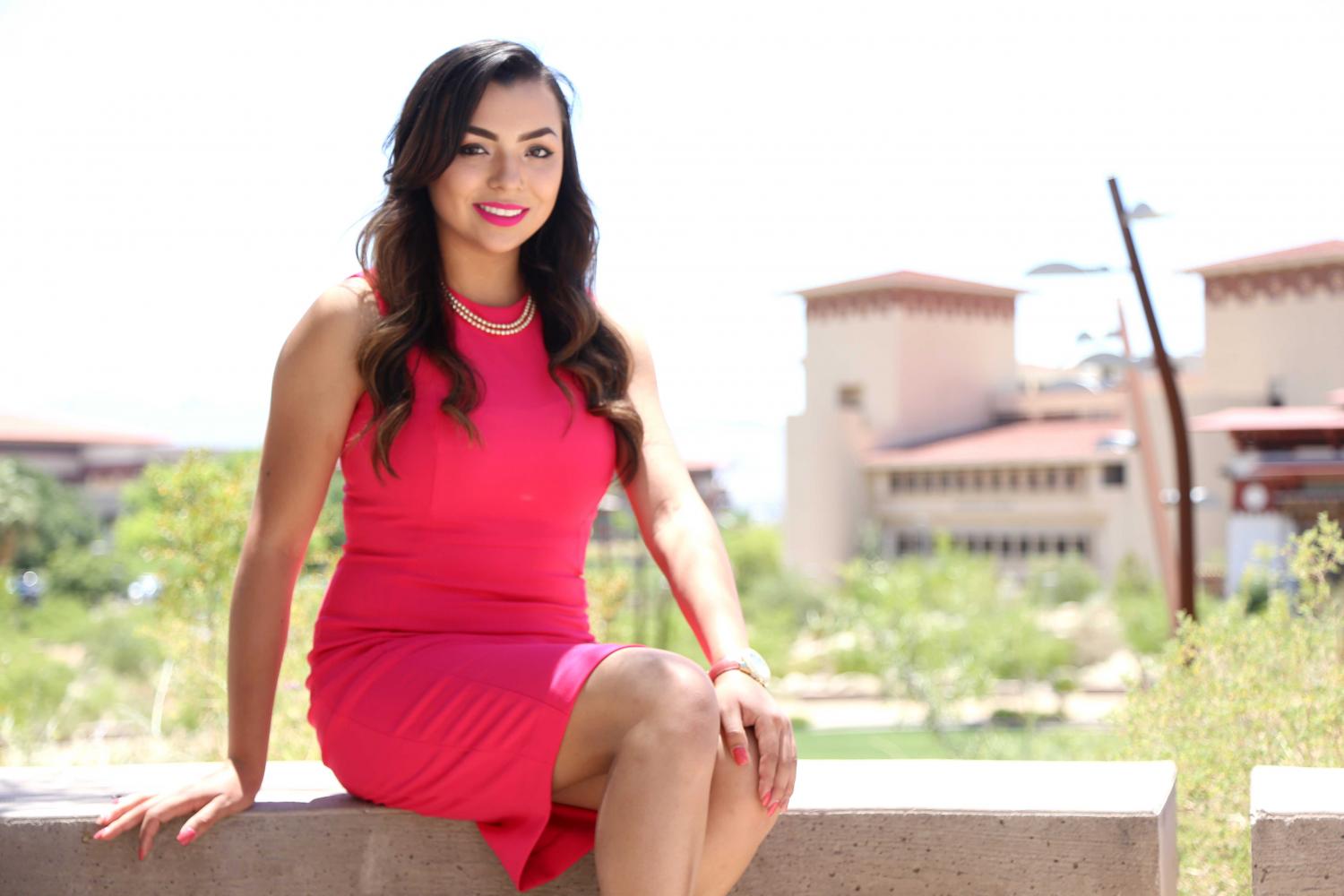 She is no stranger to the roles of SGA as she has served as a Senator-at-Large this past year as well as legislative assistant for the College of Science Senator (Ozman “Javi” Ochoa) during the 2015-16 academic year.

During her campaign, Ahumada made sure not to overpromise on policies and ideas that were reasonable and doable. She focused her platform on being transparent with the student body and being more accessible.

“What we were campaigning on was transparency,” Ahumada, who ran under the Marvel party, said. “What things we can go ahead and address are all of the legislation and the bills that are passed; it’s open record. Constantly updating the page immediately or having live senate meetings.”

She went on to say that her decision to run under the Marvel party went off the ideals they represented, which made her strive to improve working as a collective whole to benefit as many students as possible.

This sentiment of similar ideals is shared by newly appointed Senator-at-Large Carlos Chavira, junior mechanical engineering major. Chavira served alongside Ahumada’s Marvel party and was able to see the election process transpire before his eyes.

“One thing that I see with this new administration is that there’s definitely a drive that surrounds all of the members that are involved this year,” he said. “A group of likeminded individuals coming together and all of sharing enthusiasm and passion for wanting to see change.”

Chavira has faith in the new administration and trusts they will prosper because of the coherence of the new senate. He believes that sharing the same values will make policy making and change, easier.

“We’re all on the same page, in terms of coming to agreements and making things happen,” Chavira said. “There’s a lot of ideas that these senators have in mind. We’re excited for students to see what we’re doing as the semester progresses.”

Ahumada’s main focuses as she enters office will be an “education not deportation” initiative, and she plans to restructure SGA internally in order to better serve the students.

She wants cater to international students and make sure they are in an environment where they are able to focus on their studies without worrying about being taken out of the country. Ahumada is working with Dr.McCory to pass bills to support the initiative. She believes it’s an important movement to focus on because of the current political climate and the issues that it poses international students with.

Her second focus requires rebuilding roles and relationships from within the association. Restructuring SGA starts with amending the guidelines and constitution so that all branches of government can work better together and representatives are added. Ahumada notes that there are currently no representatives and it is a problem, especially for the smaller organizations that need representation.

“Right now we’re doing strategic planning. There are major amendments that are being done to the constitution and the guidelines,” Ahumada said. “We just want to maintain better communication with the legislative and judicial branch. We just want to be able to be more inclusive with the student body as well. Not exclusive, but more inclusive.”

Ahumada is hopeful that her administration can get rid of the negative connotation students may have of SGA.

Former SGA President, Sergio Baltazar praised Ahumada and the new administration coming into office. Although he’s no longer president, Baltazar will remain involved in SGA as an administrative assistant.

“I have no doubt the new administration will continue to do a remarkable job representing students. Not to mention, I will be involved by participating as an administrative assistant. This, I’m sure, will lay down the cohesions between UT systems and our new administration,” Baltazar said.

Ahumada hopes to help students as much as possible and reach out to them so they may trust that they picked the right person to represent them.

“All of our mentors, students, and voters have high expectations; we want to meet these standards and exceed them. As far as the operations of SGA, we will address numerous issues,” Ahumada said. “This new administration, we are sincere when we say we do want to help.”