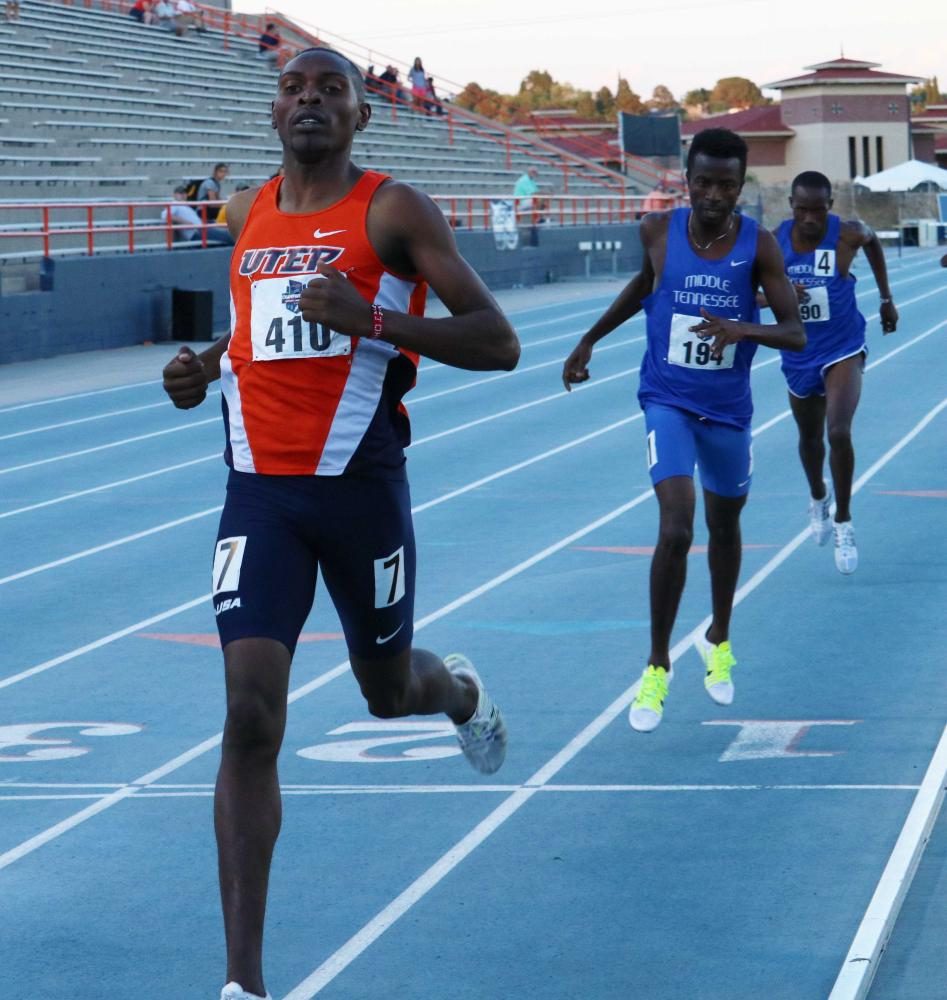 The first two days of the NCAA West Preliminaries in Austin, Texas are in the books and six Miners have punched-in their tickets to the NCAA Championships which begin on June 7 in Eugene, Oregon.

Men
The first event on the day was the men’s hammer throw, which featured sophomore Karol Koncos for the Miners. Koncos, who ranks 18th overall in the west region, hit a 63.13-m (207-3) mark to place 20th in the hammer throw.

In the 400-m dash, junior Asa Guevara placed fifth in heat four and 20th overall with a personal best time of 46.76. Guevara qualified for the quarterfinal on Friday.

Highlighting the day for the Miners were a pair of freshmen All-Americans in Emmanuel Korir and Michael Saruni, who both placed first in their respective heats of the 800-m run. Overall, Korir finished fourth with a time of 1:49.82 and Saruni finished 31stwith a time of 1:51.96. Both freshmen moved on to the quarterfinal on Friday.

In the 400-m hurdles, senior Yanique Bennett placed third in heat three and 15th overall for UTEP, with a mark of 59.49 that earned her a spot in the quarterfinal. Sophomore Dreshanae Rolle did not finish.

Sophomore Lilian Koech will also compete in Friday’s quarterfinal of the 800-m run thanks to a qualifying time of 2:10.12. Koech placed second in heat two and 29th overall with her time.

Women
Amusan broke the meet record on the women’s side of the 100-m hurdles with a time of 12.63 (4.3 m/s) that tied her personal best from the UTEP Springtime meet. Amusan currently ranks No. 2 in the nation and qualifies for Saturday evening’s quarterfinal.

Senior Samantha Hall tossed a season-best mark of 56.60-m (185-4) in the discus throw to finish seventh overall. Hall will return to the NCAA Championships since finishing 13th overall in 2015.

Lilian Koech qualified for the NCAA Championships with a 2:07.68 finish in the 800-m run to place third in heat three and 13th overall. This will be Koech’s first appearance in the national stage.