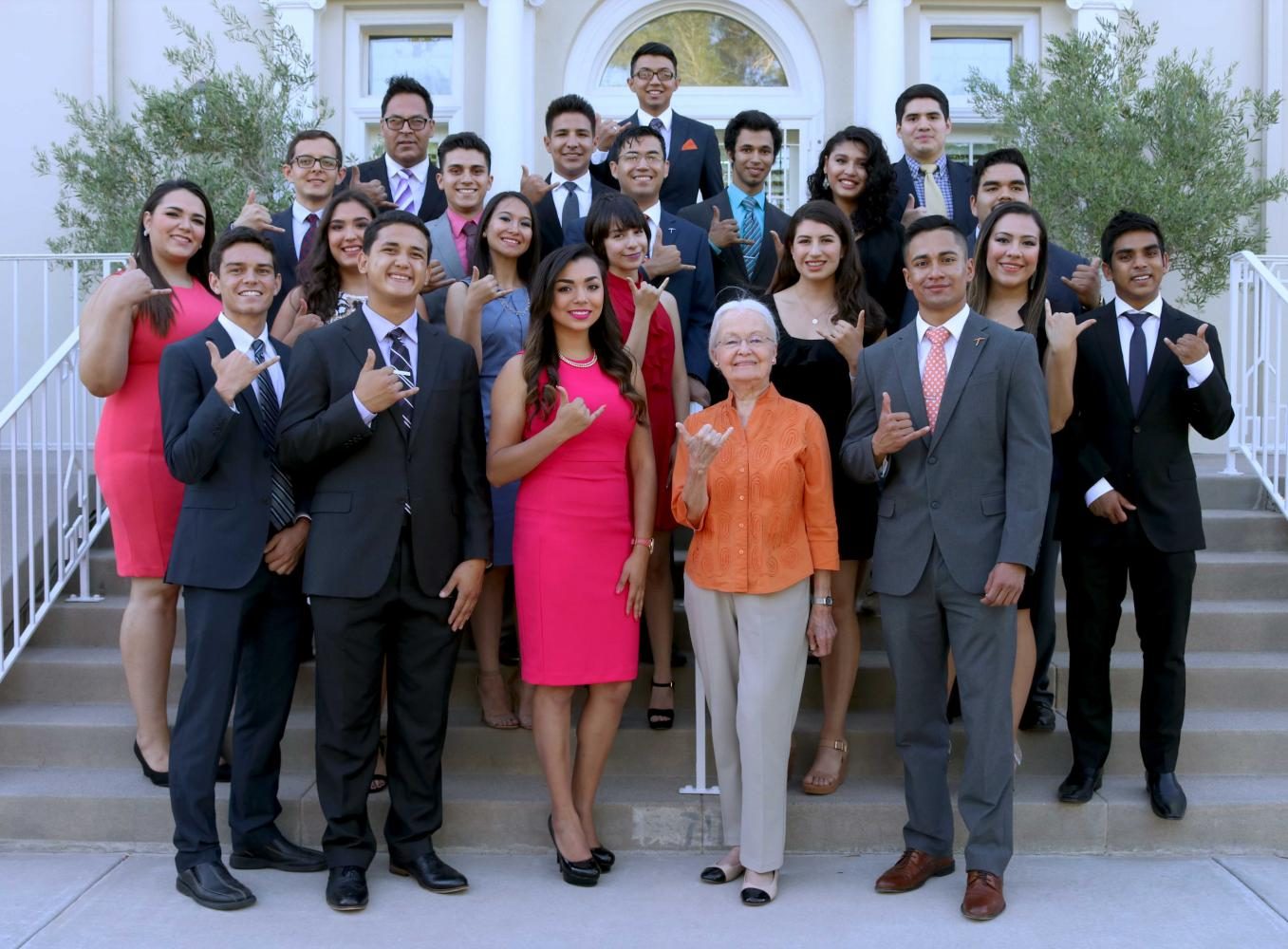 During a swearing-in ceremony at the Hoover House, the incoming 2017-2018 Student Government Association (SGA) officers gave their oath of office on Monday. The students were introduced in front of an audience that included their families, UTEP President Diana Natalicio, Vice President, Dean of Students and SGA Associate Advisor Catie McCorry-Andalis and Vice President for Student Affairs Gary Edens.

After a brief reception and tour of the house, Natalicio gave the opening remarks referencing her time as a student at her alma mater, Saint Louis University.

“It taught me the importance of always doing your best to serve the people who surround you, because that is exactly your responsibility,” Natalicio said. “Saint Louis University did that for me and I hope UTEP does that for young people in this community.”

Natalicio also referenced the importance of taking a leadership role in extracurricular activities, something she saw difficult to fit into her academic schedule during her time at Saint Louis University.

McCorry-Andalis also addressed the incoming SGA officers, highlighting the importance of taking a chance on running for office.

“Today is not only about the swearing in ceremony, it is also about recognizing them for taking a risk, for putting themselves out there and believing in themselves and believing in each other,” McCorry-Andalis said. “Together, as a team, I know they will accomplish great things.”

The event concluded with Ahumada giving her closing remarks for the evening.

“I am honored to serve as your President in this new administration, so thank you 2017-2018 SGA,” Ahumada said. “We are going to hit the ground running, now let’s just get to work.”

The officers set to begin their duties on June 1 are: