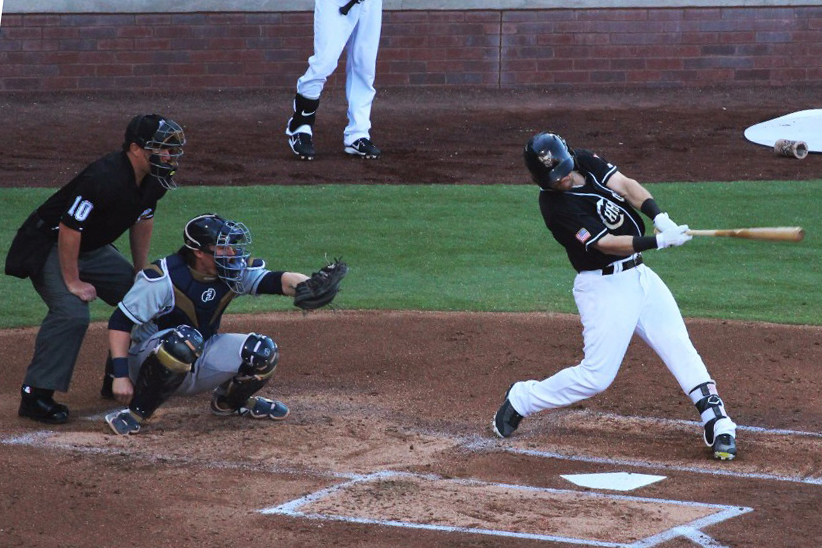 In what was supposed to be a duel of starting pitchers between the El Paso Chihuahua’s pitcher Dinelson Lamet and Colorado Springs’ pitcher Brandon Woodruff, was an easy victory for Lamat as the Chihuahuas won game four of the series 4-1 on Thursday, May 18.

Lamet threw six innings, and only allowed a lone run at the top of the opening inning of contest. He also struck out nine batters and picked up his third win in five tries this season

“Great performance by Lamet. Early on we didn’t know how long he could go; his pitch count was really high in the first three innings. But he was able to get quick outs after. He (Lamet) was more efficient with his pitches, and got easy outs,” Chihuahuas manager Rod Barajas said.

On the other hand, Woodruff (5-2) could not figure out how to keep the Chihuahuas’ third baseman Christian Villanueva off the bases. El Paso rode behind Villanueva’s bat, which drove in two runs on 3-of-4 from the plate.

“He (Villanueva) was a big time prospect coming from the minor leagues. Last year, he missed a whole season due to injury. But tonight we saw what he could do for us; he has a special skillset at the plate and we are looking to get him more at bats,” Barajas said.

While the Chihuahua’s were still searching for answers on the offensive end, trailing 1-0 going into the bottom of the fifth inning, it was Villanueva who answered with a lead-off homerun in the inning to tie the game.

An inning later, in the bottom of the sixth frame, the Chihuahuas had their largest hitting inning of the night; connecting for three hits in the inning to extend their lead 3-1 from two RBI off of Villanueva’s single and Jabari Blash’s double.

Then when the seventh inning came around, the Sky Sox new pitcher on the mound, Stephen Kohlscheen had just given the second homerun of the night for the Chihuahuas to Dusty Coleman, with no one out. The scoreboard read 4-1 in favor of the home team.

Next up came El Paso’s catcher Rocky Gale, coming in hoping to get his first hit of the ball game. Instead, his night was quickly brought to a close when one of Kohlscheen’s pitches went wild and knocked Gale to the ground as the baseball struck his head. Fans got out of their seat and drowned Southwest University Park with boo’s. The umpire threw out Kohlscheen with no hesitation.

Gale would not return, but the score remained the same and the Chihuahuas ended their night splitting the series with the Sky Sox.

“I came inside to check on Rocky after the inning, and he never lost consciousness. He was in really good spirits. He’s doing fine, and he’s excited we won the game,” Barajas said.

At the conclusion, the Chihuahuas climbed to 19-22 on the season, while Colorado Springs fell to 23-13.

“Every game was close all four games. Both teams could say they could have won every game. But it was a really good measuring stick for us. Obviously, our record isn’t as good as theirs but it’s still early in the season. Our goal is to improve every game,” Barajas said.

Tomorrow the Chihuahuas will welcome Oklahoma City for a four-game series at home. The first pitch is set for 7:05 p.m.