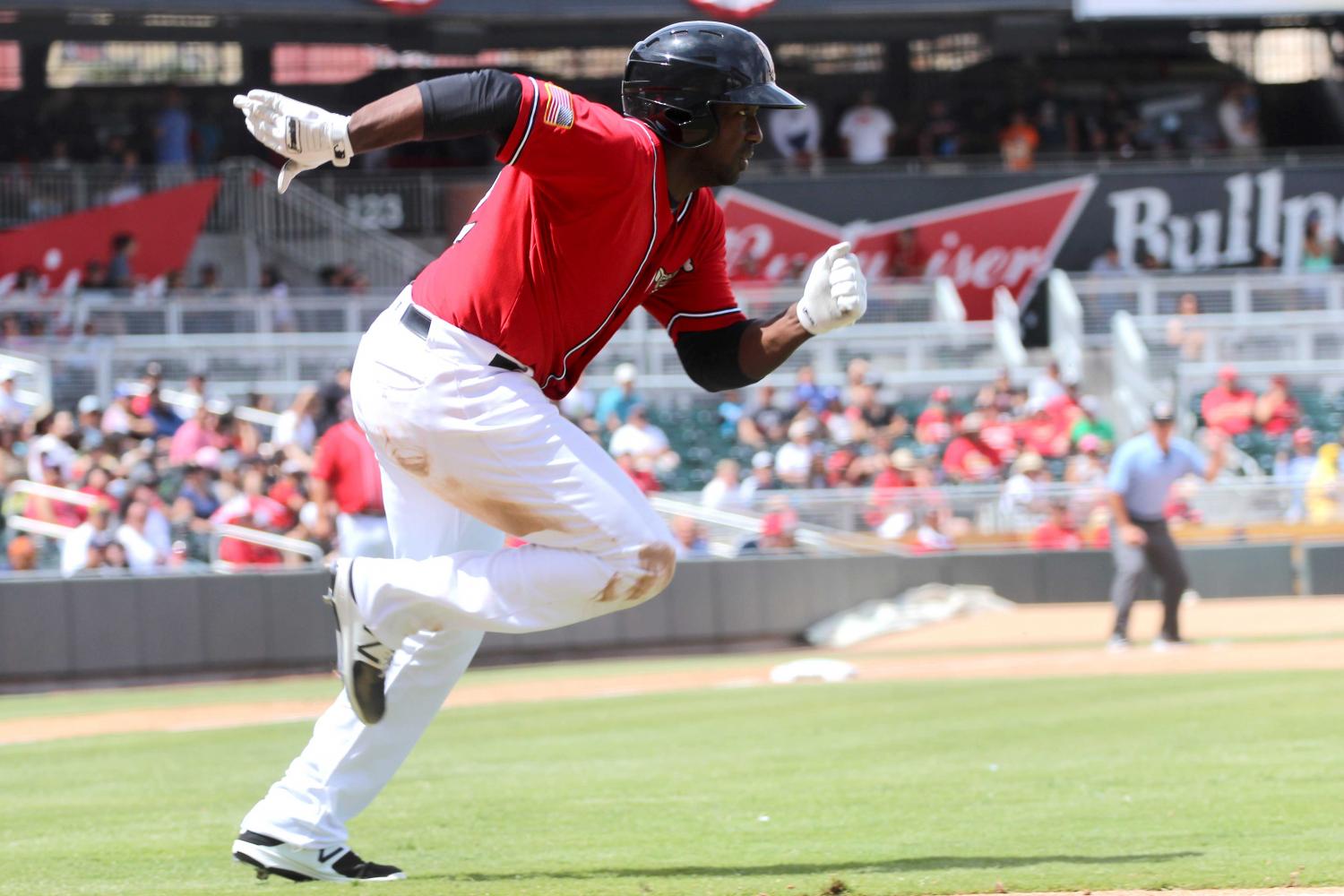 The El Paso Chihuahuas have vaulted into second place due in large part to their hitting. Prior to the season, hitting was thought to be a weak point for a team with several star pitching prospects.

The Bees had been running away with the division, with a 14-7 record prior to the last-place Chihuahuas taking Saturday’s game 8-7, and winning the Sunday pair 3-0 and 12-3. The Chihuahuas lost the series opener to the Bees on Thursday, April 27, 13-5, before Friday’s game was postponed.

The suddenly hot Chihuahuas will face the Bees one more time before heading back to the friendly confines of Southwest University Park, where the team is 7-6, to take on the Albuquerque Isotopes.

Following the promotion of offensive leader Cory Spangenberg to the Padres, the Chihuahuas’ offense could have taken a dip and most observers would have understood. Instead, the remaining Padres have stepped up in his absence, taking it to the best team in the PCL.

Contributing heavily to 28 runs in four games against the Bees have been first baseman Jamie Romak, and outfielders Jose Pirela and Nick Buss. Buss, only added to the Chihuahuas roster on April 24, spent two-thirds of last season with the Salt Lake Bees before joining the team’s parent club, the Angels.

Romak has been the PCL’s most prolific slugger so far this season and the chilly Salt Lake City weather did not slow him down at all. Romak has a league-leading 11 home runs and 25 runs batted in, which are good for second in the league. So far in the series, he has seven hits and seven runs batted in.

Pirela has scored five runs in the series, despite sitting out one game. He also launched his second home run of the season in the first inning of Sunday’s second game.

Buss is currently on a nine-game hit streak and has only struck out four times in his 28 at-bats with the Chihuahuas. Sunday’s second game featured Buss’ first multi-RBI game, as his two doubles helped to drive in three runs.

The 2017 version of the Chihuahuas, which many predicted to be anchored by their pitching, has been carried through the first weeks of the season by timely power hitting.

That is not to say that the pitching has not also been stellar at times.

In game one of Sunday’s double-header, starting pitcher Matt Magill (2-1) pitched five innings of shutout ball, striking out three and allowing only two hits to the best offense in the PCL. This season, Magill has a 1.55 earned run average and 0.97 walks/hits per innings pitched.

On Monday, Dinelson Lamet (2-0) will close out the Salt Lake series for El Paso. The 24-year-old Dominican has an unbelievable 0.45 ERA and 28 strikeouts in 20 innings pitched.

Although other starters have struggled somewhat, Magill and Lamet have been bright spots for the Chihuahuas.

The Isotopes (11-12) could arrive in El Paso as the last-place team in the division or tied with the Chihuahuas; such is the nature of the Pacific Southern Division. The team has one more game to play in Las Vegas before the short flight to El Paso.

The Isotopes are led at the plate by Rockies No. 4 prospect Raimel Tapia, who has been on an absolute tear in his last four games. The 6-foot-2-inch left-handed Dominican has 10 hits during the span to go along with a seven-game hit streak.

The Chihuahuas will also have to contend with the Rockies No. 2 prospect in starting pitcher Jeff Hoffman sometime during the series. In his last start on April 28, Hoffman went seven innings, striking out eight Las Vegas 51’s batters without allowing any earned runs. Hoffman is holding opposing batters to a .229 batting average this season.

The Chihuahuas open the series with the Isotopes on Tuesday, May 2 at 6:35 p.m. Zach Lee (0-0) will be on the mound for El Paso after returning from a successful stint with the San Diego Padres.