Gorillaz and guests take on American politics in ‘Humanz’ 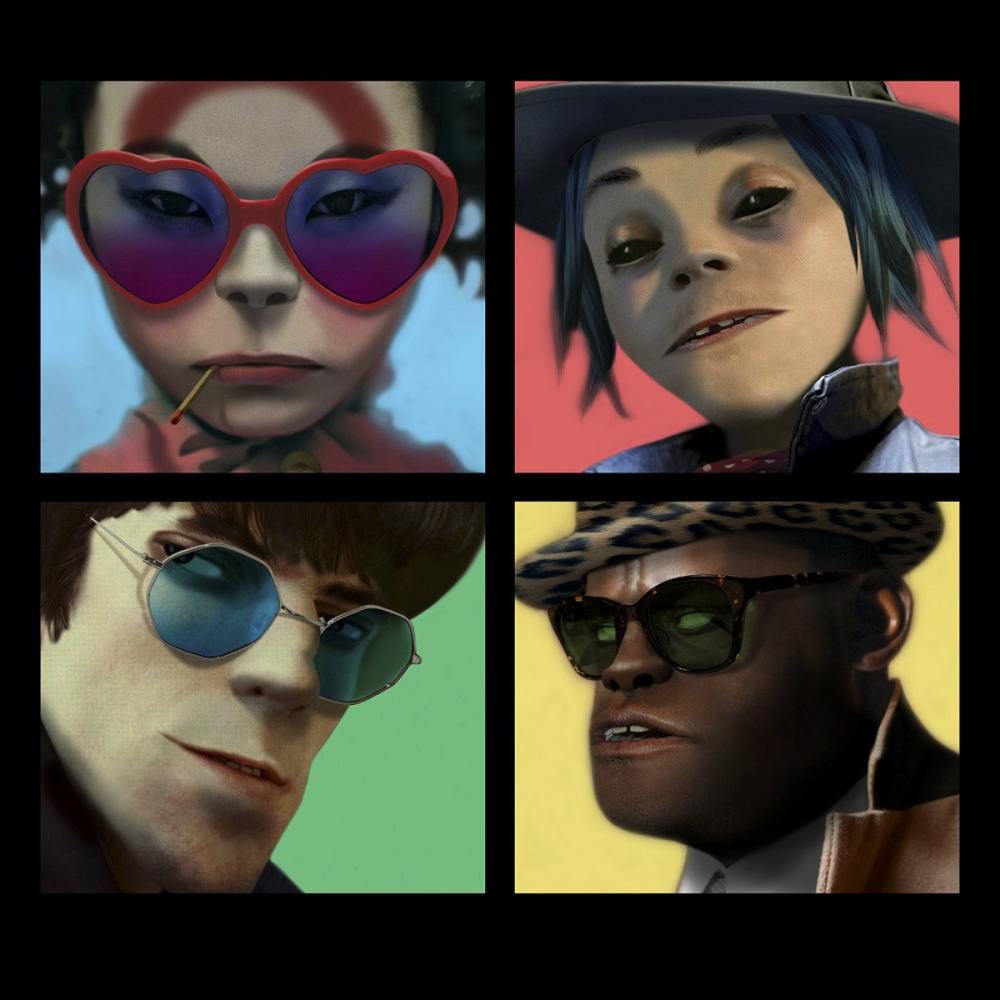 The newest album from Damon Albarn and Jamie Hewlett’s Gorillaz, “Humanz,” features a rich roster of stellar guest appearances and an interesting doomsday take on the current political climate in America. However, a feeling of self-containment for every track, and a musical approach that leaves the listener questioning the band’s identity, make “Humanz” a promising project that never quite lives up to its lofty expectations.

Over the years, Gorillaz have established themselves as one of the biggest proponents of the virtual band genre thanks to their innovative mix of developing the band members as characters through the music and a healthy dose of all-star guest appearances. While the sound may lend itself to feeling formulaic, having the guests bring in their own style to the album has kept Gorillaz varied in its sound.

A drawback to that approach is reflected in “Humanz,” where the featured artists seem to overtake the production aspects of the record and impose their own style, drowning out Gorillaz’ own musical style. For the majority of it, the album feels like a compilation of other artists’ work that leaves Albarn and company with very little to do. This makes the 26 tracks included feel tired, incohesive and repetitive.

However, the most intimate and emotionally powerful song “Busted and Blue” proves something that previous albums had hinted at. Gorillaz seem to reach new heights when they are forced to work alone. In the band’s previous full-length effort, “Plastic Beach,” tracks like “Broken,” “On Melancholy Hill” and “Rhinestone Eyes” are safe, but solid tracks that should be emblematic of the band’s catalog.

Production-wise, “Humanz” seems to follow a simple formula: add a few trip-hop beats to mix with dismal-sounding synthesizer samples and Albarn’s soft vocals. Songs like “Sex Murder Party” and “Ticker Tape” are examples of this formula firing on all cylinders.

“Sex Murder Party” features a catchy beat that blends well with the spacey synthesizer and Albarn’s characteristic vocals.“Ticker Tape” showcases a more synth-wave approach to the background melody, while also discussing the topic of human innovations in science and technology going at an unprecedented pace and whether or not we should stop and think about these discoveries with more caution.

Yet, the funkier “Andromeda” and “She’s My Collar” might be the stars of the album.

Originally one of the two singles revealed to British radio station BBC 1 this past March, “Andromeda” mixes a syncopated soul bass line, nightclub beat and jaunty synthesizer work, making it one of the band’s new hits.

“She’s My Collar” shows a funkier side to Gorillaz with the help of Colombian singer Kali Uchis incorporating a more experimental melody and lyrics regarding the secrecy found in interpersonal relationships.

Lyrically, “Humanz” focuses primarily on President Trump’s surprise election and the artists’ take on it.

“I told everyone to imagine you’re in America after the inauguration and it’s the worst-case scenario: how would you feel that night? Let’s make a party record about the world going fucking nuts,” Albarn said in an interview with Q Magazine.

In the song “The Apprentice,” Albarn wrote, “I am a mirror, I am a broken screen, I am a mad routine that’s just patterned out” in reference to Trump’s tendency to tweet and the singer’s belief that Trump being a reflection of society.

The album also addresses other worldly issues directly and effectively. For example, in “Ascension,” rapper Vince Staples sings, “This is the land of the free, where you can get a glock and a gram for the cheap, where you can live your dreams long as you don’t look like me,” alluding to the color of his skin and the challenges black people experience.

For a band that is always trying to innovate, Gorillaz could have used a more focused approach to the music component of the project. Its long track list poses the question, would a more quality-over-quantity approach be the new direction the band should return to?