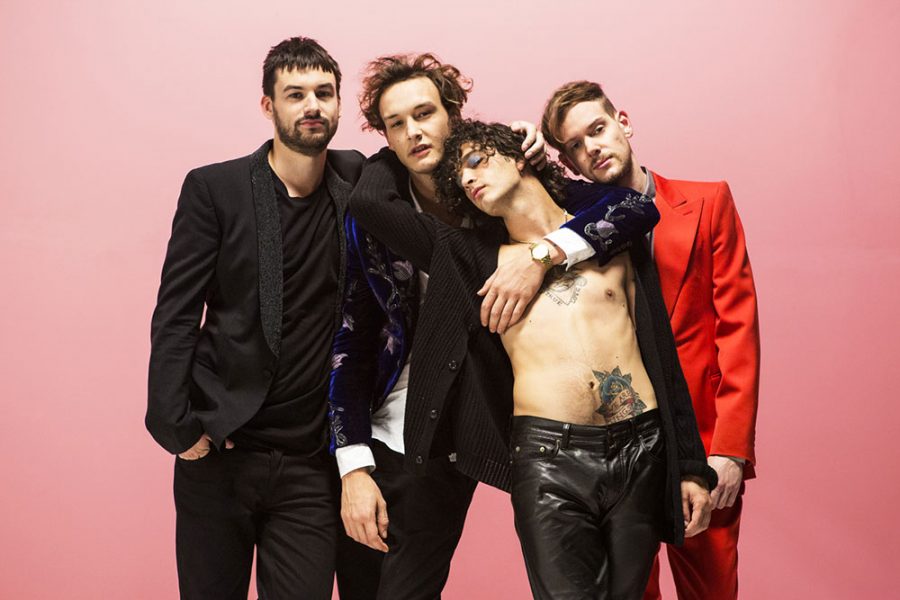 On April 21, El Paso will host the British alternative pop-rock band, The 1975, at the Abraham Chavez Theater with their 35-day tour, “I Like It When You Sleep, for You Are So Beautiful Yet So Unaware of It.”

Originally from Manchester, England, Matthew Healy (lead vocals and rhythm guitar) met Adam Hann (lead guitar), Ross MacDonald (bass) and George Daniel (drums) at Wilmslow High School in 2002. It was then that they started to play music together as teenagers. Before choosing the name The 1975, they considered names such as Talkhouse, The Slowdown,  Big Sleep and Drive Like I Do.

The inspiration behind their name came from a beat-poetry book by Jack Kerouac which Healy bought at a yard sale.

In 2012, the band had their first hit with the release of their first EP “Facedown,” and their single “The City.” They were later featured on Huw Stephens’ BBC Radio 1 Show.

Toward the end of 2012, The 1975 were in the spotlight again as they released their second EP titled “Sex,” and by the following year, they released their third EP “Music for Cars,” where the EP’s single “Chocolate” ranked no. 20 in the U.K.’s Top Singles Chart.

In 2013, they released their first full-length album  “The 1975.” This was co-produced by Mike Crossing, a producer for the Arctic Monkey and Foals.

Their most recent production, “I Like It When You Sleep, for You Are So Beautiful yet So Unaware Of It,” was released in May of 2016, which made this their second full-length studio album. Featuring their singles “Love Me” and “The Sound.”

With two nominations for the British Awards, one for Best British Group and Best British Album of the Year, The 1975 positioned their second album as no. 1 in the U.K and U.S charts.

Promoting their second album with their “I Like It When You Sleep, For You Are So Beautiful Yet So Unaware Of It” tour, the tour opened with a series of concerts in Mexico and will continue on in the U. S. Tickets are still available at Ticketmaster.com.