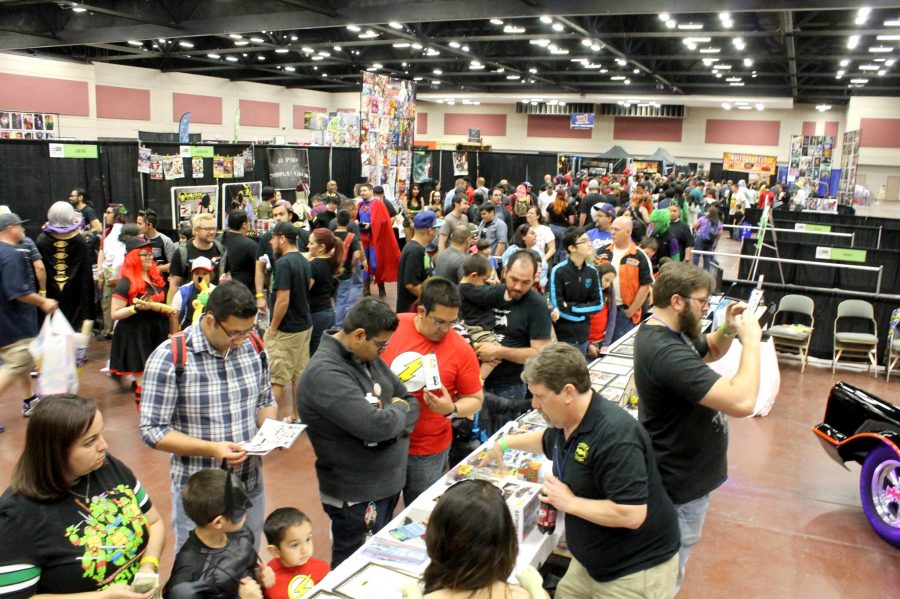 In his second year as EP Comic Con owner and director, Tony Stegner, hopes to bring a bigger convention than he did the previous year. He has made sure that there’s something for everyone.

“You’re going to be able to see and do things you wouldn’t normally do. There will be gaming, cosplay and you can build your own cosplay stuff,” Stegner said.

The weekend will be filled with game tournaments, panels, cosplay, seminars and photo ops with some of the celebrity guests. EP Comic Con’s mission statement is, “Fly your nerd flag high!” and it certainly seems like they will.

Regarding future conventions, Stegnar said, “My vision for the future of El Paso Comic Con is for it to grow outside the confines of the El Paso Convention Center. There is no reason why all the businesses in downtown El Paso can’t participate in this annual event.”

They will have a costume contest, but anyone who wishes to participate must register online. Guidelines for the contest can be found on their website, elpasocomiccon.com. The contest will be held in the El Paso Convention Center Juarez Room Center on Saturday, April 22, at 8 p.m. Best show winner will receive a $500 cash prize.

EP Comic Con will run April 21 through April 23. They will also be hosting a pre-party on April 20 at Dave & Busters. Passes can be purchased through Ticketmaster or at the Plaza Theatre Box Office. Three-day passes are $60, Friday only is $15, Saturday only $30 and Sunday only $20.